The Middle East Seems to People in the West a Foreign Place. It Isn’t.

Christopher Binetti has a MA from Rutgers-Newark and PhD from the University of Maryland-College Park in Political Science. He also has a life-long love of history, particularly ancient history. His specialty is combining political theory, comparative politics, and history, especially ancient history. 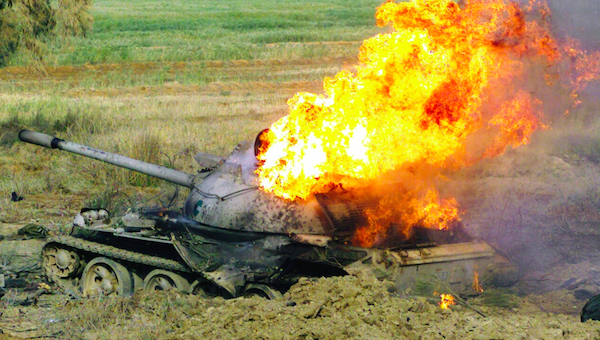 How we think of the Middle East.

At a time in which Americans’ main experience with the Middle East is profoundly negative, it is more important than ever to highlight both brighter spots in the history of the Middle East, called the Near East by most ancient historians, and to underline the strong historical and cultural links that tie that region to us in the West. That Western Civilization is in fact more a product of the ancient Near East than of Europe may come as a surprise, but is supported by the evidence, both in archaeological and more traditional written historical sources.

Even more surprising is the revelation that the history of political development in this ancient region did not begin with an authoritarian regime but with a relatively free government where city elders formed a primitive oligarchical assembly with considerable power to block the ambitions of the kings of ancient Mesopotamia, or modern-day Iraq. Over time, social unrest due to injustice and inequality (sound familiar?) led to polarization in society, particularly in Sumer (southern Mesopotamia), leading to political revolutions, most notably in the city of Lagash, where Urukagina seized power from the dominant priesthoods and asserted his sovereign authority with the invention of law.

Whether law was envisioned from the start to lead the way to a more authoritarian form of kingship or to re-establish societal balance and equity, it eventually evolved into a way of crushing dissent among the powerful priesthoods and aristocracy and to court the support of the common people. In the Epic of Gilgamesh, which most experts agree was based upon a historical Sumerian king of Uruk, the early king Gilgamesh is often checked by the council or assembly of elders. Later on, Hammurabi used both his authority as tribal chieftain (something that actually developed later on in the cities due to migration of new peoples) and the mechanism of the law to establish himself as the one ruler of society. More importantly, Urukagina and the earlier rulers’ law codes were much less punitive than was Hammurabi’s Code. His code has been regarded as a civilizing influence on Mesopotamia; it was not.  His “eye for an eye”) corporal punishments greatly increased state-sanctioned violence.

Thus, the ancient Near east, particularly Mesopotamia, gave us law and civil government, order and state violence, though these were not necessarily happily paired. Law codes in fact became more prevalent as civil (non-authoritarian) government collapsed. The Assyrian government of the early 2nd-millenium BC did not have a written law code as far as we can tell and yet order and freedom prevailed for centuries. There were certainly laws but not written law codes in Old Assyria. Written contracts formed the basis of legal judgments and breach of contract was the center of litigation in Old Assyrian courts much like today. A city assembly, probably more egalitarian than the earlier ones of the 3rd-millenium BC in Sumer, checked the power of the king of Assyria. There was a limmu official, who ran the economy of the city, was chosen by the assembly, not the king, and who named the year after himself. There was an entire working bureaucracy that regulated the economy of the city and its relationship with its colonies in modern-day Turkey. The king was far from powerless but checked and was checked in turn by these other offices and offices in the colonies themselves. Thus a form of representative government and not a tyrannical authoritarian regime ruled in these days before the strict Assyrian law code of the Late Bronze Age. By the time of this law code, the check-and-balance system of Old Assyria had long collapsed and was replaced by the kind of tyrannical regime that has long given Assyria a bad name (like in the Bible). Its laws were strict and very punitive, even for the time. Thus, while law could be beneficial to a just and equitable society, it could also have the opposite effect.

Before one despairs as to the relationship between balanced government and law, the Hittite Empire arose between the time of the fall of old Assyria and the rise of the Middle Assyrian polity of the Late Bronze Age. The Hittite Laws were a set of laws or a law code that was less harsh than the Assyrian laws and yet kept effective order in the land for centuries. At the same time, a pluralistic, multi-ethnic bureaucracy that largely ran the Empire alongside the royal family governed in a fashion somewhere between the free society of the Old Assyrians and the aristocratic check-and balance system of the Sumerians. In other words, decentralization, meritocracy, and toleration created a bureaucratic system that allowed freedom and law and order to the diverse ancient people of the Hittite Empire.

Thus, we can see much of the struggle for freedom, law, order, and good government in the ancient Near East, both in Mesopotamia and the Hittite Empire of Anatolia (the Asian part of modern Turkey) and Syria. Many of these struggles were exported to Greece, Etruria, and Rome in the early 1st-millenium BC, leading in many cases directly to the struggles, events, and political institutions of classical antiquity. We owe to the ancient Near East a great debt as members of Western Civilization. It is an error to view the current Middle East as some foreign thing unrelated to use. Instead, we should see the modern Middle East as another branch of our own Western Civilization and hope for it to reclaim its roots in freedom, law, and order.