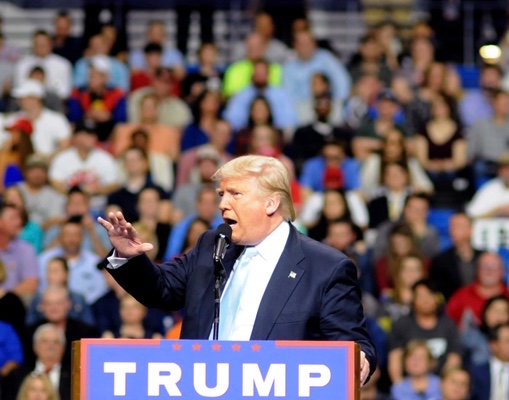 With Donald Trump’s inauguration as the 45th President of the United States, America has had 20 Presidents since the beginning of the 20th century, when Theodore Roosevelt succeeded the assassinated William McKinley on September 14, 1901.

If one looks back at those Presidents, it is clear that fate played the major role in these leaders reaching the Oval Office, as there is no obvious case to make that any of them would have reached the Presidency by any clear-cut plan.

Theodore Roosevelt chose his Secretary of War, William Howard Taft, to be his successor, and with his popularity, he was able to gain the Presidency for Taft, over the third-time nominated William Jennings Bryan. But to have had a cabinet officer who had never been elected to any political position become President was unprecedented; one would have thought that Vice President Charles Fairbanks might have been the anointed successor, rather than Taft.

Woodrow Wilson, Princeton University President, with only 18 months elected political experience as New Jersey Governor, only gained the Democratic nomination in 1912, due to the two-thirds rule that held in the Democratic Party from 1832 to 1936, which led to a prolonged fight at the national convention (46 ballots), a case of pure luck that aided Wilson over original frontrunner,Speaker of the House Champ Clark of Missouri. And then, having the popular former President Theodore Roosevelt challenge his own successor, President Taft, all the way to November on the most serious and significant third party movement in American history (Progressive Bull Moose Party), allowed Wilson to triumph, even though only Abraham Lincoln had a lower popular vote percentage in winning the Presidency.

Warren G. Harding, with no special qualifications to be President and a mediocre record as an Ohio Senator was fortunate in facing a contested Republican convention in 1920, and being seen as the ideal candidate precisely because he was not a crusading type political leader as TR and Wilson had been. Disillusionment with Wilson’s Treaty of Versailles and League of Nations also gave Harding the edge to win the Presidency by the greatest margin of any first-term President in all of American history.

Calvin Coolidge was chosen as Harding’s Vice Presidential running mate after others, including California progressive Senator Hiram Johnson, turned down the offer. His only chance to become President came when Harding died in office suddenly in August 1923, with Coolidge becoming the sixth person to succeed to the White House after the death of the incumbent.

Herbert Hoover became the second and last Presidential Cabinet member (he was Secretary of Commerce) to gain the chance to run for President, despite having never being elected to any public office. Hoover had the benefit of what seemed to be a prosperous economy. Add to that he didn’t face a challenge from sitting Vice President Charles G. Dawes. He was also fortunate in his Democratic opponent: Alfred E. Smith, who was Catholic.

Franklin D. Roosevelt, considered by journalist Walter Lippmann as a charming New York Governor with no special qualifications to be President, was able to overcome his polio paralysis, and that surely involved luck along with hard work. As the party’s nominee he had the advantage at a time when the Great Depression made a vast majority of Americans willing to take a chance on a Presidential candidate who had no special announced solutions to the economic crisis. (He did, though, project an air of confidence and optimism, which helped put him over the top.)

Harry Truman was an unlikely choice for president, though the political bosses who backed his bid for Vice President believed he could be trusted to take over for FDR should Roosevelt die in office, as many insiders thought he would. But he was also in the right place at the right time as FDR’s third Vice President to succeed to the Presidency. Had FDR passed away just months earlier, Henry Wallace would have become President, instead of Truman, who fully realized how fate had played a role in his reaching the Oval Office.

Dwight D. Eisenhower displayed zero interest in politics during his military career, and had not even registered as a member of either political party. He had to be convinced by a draft movement led by Republican Senator Henry Cabot Lodge, Jr. of Massachusetts to agree to run in 1952. Ike had earlier rejected an offer from President Truman that he run as a Democrat in 1948, with Truman being his Vice Presidential running mate, an astonishing offer.

John F. Kennedy had a Senate career far less impressive than Democratic rivals Lyndon B. Johnson of Texas, Stuart Symington of Missouri, and Hubert Humphrey of Minnesota. Also, being a Catholic, and knowing what had happened to Catholic nominee Alfred E. Smith, who lost in a landslide to Herbert Hoover in 1928, the thought that a Catholic nominee for President could actually be elected, seemed highly unlikely in the minds of most political observers.

Lyndon B. Johnson had sought the Presidency in 1960, and failing that, had agreed to be JFK’s Vice Presidential running mate, but was very unhappy at his lack of responsibility and proper respect while he was Vice President. The odds that he could have won the Presidency in the future seemed dim, as no Southerner had been elected President since Zachary Taylor in 1848. But the assassination of JFK offered him the one and only route to the Oval Office.

Richard Nixon made many enemies during his political career and lost a very close race to John F. Kennedy in 1960. Two years later he suffered a loss for the California Governorship, declaring that his political career was at an end. He famously told the press they wouldn’t have Nixon to kick around anymore. But then, miraculously, he regained respect and support due to his foreign policy expertise, as the war in Vietnam divided the Democratic Party under LBJ, and was able to overcome Republican rivals George Romney, Nelson Rockefeller, and Ronald Reagan, and effectively, “come back from the dead” and win the Presidency in 1968. It also helped that the party had been so repudiated at the polls in 1964 with Barry Goldwater that Nixon seemed like a safe bet.

Gerald Ford never wanted to be President. He wanted to be the Republican Speaker of the House some day. But then Spiro Agnew resigned as vice president and Nixon needed an uncontroversial well-liked congressman to replace Agnew. Ford fit the bill. He entered the position well aware that Nixon was in danger of being forced out of office, and was careful to “walk on eggs” as the Watergate scandal consumed Nixon’s presidency. Ford was certainly the most unlikely of all people reviewed here to end up as President.

Jimmy Carter was an obscure political figure whom most people had never heard of despite his one successful term as Georgia Governor. He was certainly the least known of all Democratic Presidential candidates in 1976. But he had the fortune of offering change at a time when there was disillusionment with Washington insiders, and ran an impressive campaign. It helped that the economy was in a recession and that voters still hadn’t forgiven Ford for pardoning Nixon.

Ronald Reagan was just short of 70 years old when he ran for President in 1980, after having unsuccessfully run against Gerald Ford for the 1976 nomination. Many people also thought a former movie actor and television figure from GE Theater and Death Valley Days, who had been the host of the opening of Disneyland with Walt Disney, could not be seen as a serious Presidential candidate, despite his two terms as California Governor. His age seemed to be against him, but voters didn’t seem to mind; Reagan projected a youthful bearing.

George H. W. Bush had an impressive resume, but had sought the Presidency in 1980, losing to Reagan, and agreeing to be his Vice President. But to imagine that Bush would have been the next President went against history; no Vice President had succeeded to the Presidency by direct election for 152 years when Martin Van Buren succeeded Andrew Jackson in 1836.

Bill Clinton was the somewhat obscure Governor of Arkansas, who had bored the Democratic National Convention of 1988 with his long, drawn-out speech nominating Michael Dukakis. And when the revelations of his liaison with Gennifer Flowers became a major scandal early in the primary season of 1992, particularly after Colorado Senator Gary Hart’s Presidential candidacy was derailed in 1987 due to a sexual escapade, it looked as if Clinton was doomed. But he overcame the disadvantage by appearing on 60 Minutes with his wife Hillary and went on to become President, helped along by an economic recession and the independent candidacy of H. Ross Perot.

George W. Bush was Texas Governor, and the son of the 41st President, but had his brother Jeb Bush won the Florida Governorship in 1994 when Bush won Texas, Jeb would have been the Presidential candidate in 2000, not W. And without the contested Florida vote count which gave Bush the Presidency after 36 days of recounts, George W. Bush would not have been President.

When Barack Hussein Obama, a mixed race African American first term Illinois Senator, announced for President ten years ago, pundits were skeptical that he could overcome First Lady Hillary Clinton. And with his last name rhyming with Osama bin Laden, and his middle name being that of the former Iraqi dictator America had gone to war with, and many claiming he was a secret Muslim and might have been born in Kenya or Indonesia, it looked impossible for him to win the Presidency. But the severe economic downturn of 2008 aided Obama in overcoming his much better known opponent, Republican John McCain.

And finally, there is Donald Trump, who had never served in the military or in government, and had made his career in real estate and as a television reality star. Was there ever an unlikelier presidential candidate? Jeb Bush, a rival, said you cannot insult your way to the White House. But Trump managed to do it.

So every one of the 20 men who have occupied the Presidency since 1901 could be seen as a “long shot” who overcame great odds, and had fate smile on them.