How Will Obama Be Graded By History? 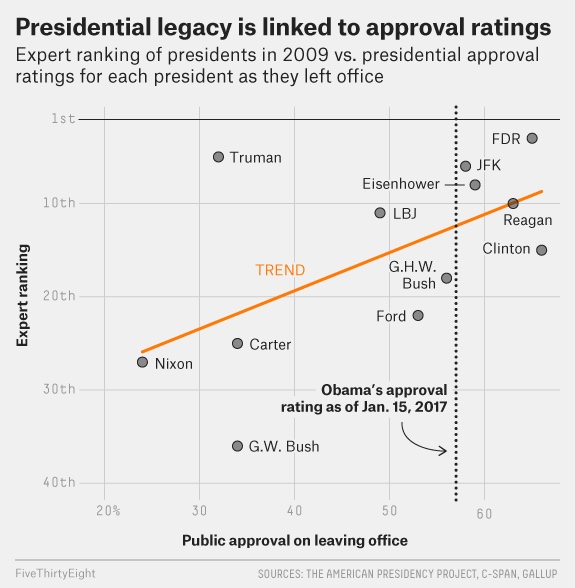 If Obama’s current approval rating of 57 percent holds through Friday, he would rank behind only Bill Clinton, Ronald Reagan, Dwight Eisenhower and John F. Kennedy since World War II. Based on a simple linear model, that rating indicates experts will ultimately rank Obama about 12th among all presidents (the 95 percent confidence interval predicts his rank would fall between 6th and 19th).