Who Really Freed the Slaves?

Michael Hogan is the author of twenty-four books. He is a former professor of international relations at the Universidad Autónoma de Guadalajara and emeritus humanities chair at the American School Foundation of Guadalajara. His most recent work is Abraham Lincoln and Mexico: A History of Courage, Intrigue and Unlikely Friendships.

For years history teachers have repeated the tired cliché about how “Lincoln freed the slaves.” More books, doctoral theses, movies and documentaries have been written about the Emancipation Proclamation than almost any other historical document of the period. African-American students have been taught for decades that their freedom today is due entirely to the agency of a charismatic white man who occupied the White House from 1861-1865 and, through his benevolence, loosened the chains of their forebears. It is a lesson in passivity. It is a lesson that instills no pride in black students, and undermines the sense of responsible citizenship which most good teachers want to inculcate. Moreover, the narrative is incomplete, misleading, and fundamentally wrong. The truth is that black Americans fought for their freedom and did so repeatedly and successfully. But that narrative has been systematically excised from most general histories of the United States, and those few African-American historians who have mentioned it, are barely acknowledged. 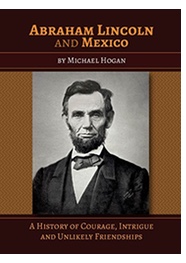 Back in 1861 in the early days of the Civil War, Major General Butler of the Union Army encountered three escaped slaves who had made their way to Fort Monroe, which was then under his command. They had been working on a Confederate construction project reinforcing defenses across from Hampton Roads, Virginia. When their “owners,” supported by Major John Carey, CSA, sought their return under the Fugitive Slave Act of 1850, General Butler refused. He asserted that the owners had no claim under the Act since it was a federal law and not applicable to states which had seceded from the Union. They were thus given the protection of the US Army and not returned. This practice would continue, and was formalized by Congress with the Confiscation Act of 1861.

In July of 1862 Lincoln had written a draft of the Emancipation Proclamation which he shared with Secretary of State Seward. He felt that it would have two major and almost immediate results. First it would ratify the freedom of blacks who managed to escape from the Southern forces, thus potentially removing over three million from service with the Confederacy. With no one to harvest their crops, manage their households, care for their livestock, or cook their meals, the Confederates would be in trouble. Second, it would discourage the involvement of France and England in the War as supporters of the Confederacy. Aiding declared slave states would be considered immoral and politically unwise since all of Europe had banned the institution. Finally, as Lincoln wrote: “And I further decree and make know that such persons of suitable condition will be received into the armed service of the United States to garrison forts, position, stations and other places, and to man vessels of all sorts in said service.”

With this new moral imperative, the war was no longer about “preserving the Union” versus “states’ rights.” It was clearly about ending slavery. It was also, as Lincoln would note in his brief speech at Gettysburg, “a new birth of freedom;” one that had been promised “four score and seven years ago” and never delivered.

Lincoln also stated in his Proclamation that his decision was “founded upon military necessity,” which clearly showed his intent that these former slaves would not only be free men but free men who would advance the cause of freedom by participating actively in the defeat of their former owners.

As with so many documents which are part of the American canon, the Emancipation Proclamation has not been closely analyzed when it comes to its subsidiary clauses. To most Americans it is simply seen as a document that freed the slaves or at least those slaves in states that were in rebellion. Few see it as the beginning of active participation by blacks in defense of the Republic, an act of citizenship before they were even recognized as citizens. Few African-American students see it as the beginning of their ancestors’ own fight for freedom, which was not handed to them by Lincoln’s Proclamation; it merely opened the way for them to strive for it.

Writing about Thoreau’s Walden, Kathryn Shultz once noted: “Like many canonized works it is more revered than read. So it exists for most people only as a dim impression retained from adolescence … or as the source of a few famous lines.” With the exception of the Gettysburg Address (which has been analyzed ad infinitum), this is true of most of Lincoln’s speeches. 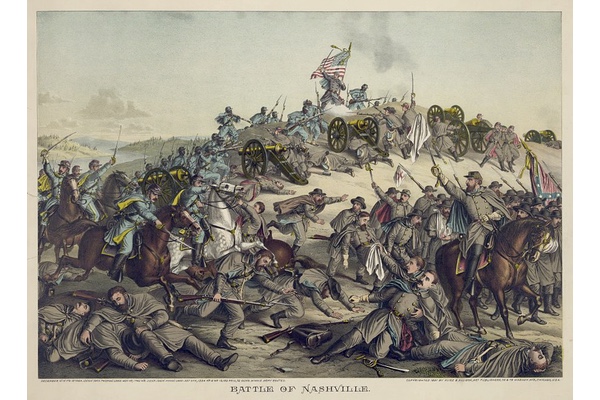 The Battle of Nashville, depicted as a white man’s fight.

On January 1, 1863, the Proclamation went into effect. The response from blacks wishing to join the US Army was impressive. Over 175 black regiments were formed with a force of over 178,000 men determined to fight for their freedom. They would prove to be formidable. Despite critics and naysayers, they would perform with great courage under fire and several would be decorated with their country’s highest award, the Congressional Medal of Honor.

The narrative most remembered about the group was the one related in the movie Glory depicting their noble but disastrous defeat at the Battle of Fort Wagoner in South Carolina. There, the 54th Massachusetts, a black unit commanded by Robert Gould Shaw, assaulted strong fortifications and were repulsed with heavy casualties. So many were killed, in fact, that they were later interred in a mass grave. Mere cannon fodder. The event is depicted as emblematic of the sacrifice of black troops in the War, and a bronze relief created by the artist August Saint-Gaudens on Boston Commons memorializes this regiment’s service.

Few of us, however, were told stories of battles that the black soldiers helped win. And this is the sad part. Because not only did they receive twenty-five Congressional Medals of Honor, not only were they in positions of leadership both as master sergeants and platoon leaders who stepped up after white officers were killed, but they actively helped win significant battles. One of the most important of these was the Battle of Nashville where General John Bell Hood’s rebel army was effectively destroyed. Efforts to make the area where the conflict occurred into a national Battlefield Park—like Gettysburg—failed, due to “lack of civic support.”

We do not need to pull down the statues of Robert E. Lee and his generals; nor must we burn all the remaining Stars and Bars. There is no necessity to re-write history or eliminate the monuments and emblems to our dividend past. But we do need to acknowledge the black soldiers who fought for the Union and give their descendents, the young African-American women in our classrooms today, the legacy which is truly theirs. Slavery and racism are only one part of the American story; the triumph over adversity, fighting for freedom, and civic responsibility are the other. They have been neglected far too long and our students are paying the price.