Forget the End of History. It’s Back. 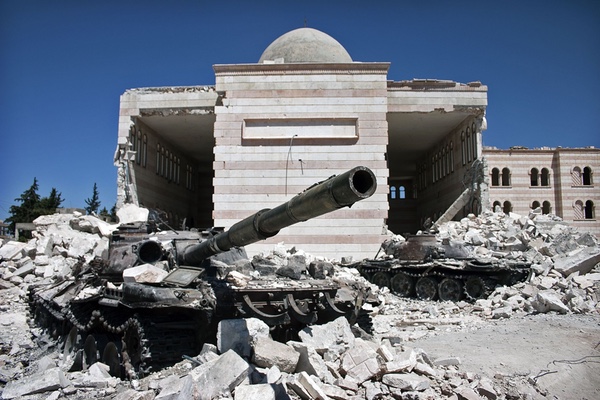 In the last 16 months we have witnessed a phenomenon never before seen in the almost 230 year history of the United States. This was, of course, elevation of a non-politician multi-billionaire to become the President of the United States. This is truly remarkable. But, something else quite remarkable, although not so infrequent, has also emerged on the world scene. Today we see the development of the fourth new world order in little over a century.

After the victory of France, England and the United States over the German-led Triple Alliance in World War I in 1918, there emerged the first new world order. This gave birth to the League of Nations, independence of Eastern and Central European countries and first stirrings for de-colonization. This new world order came to an end with the rise of fascist and imperial regimes in the 1930s such as Hitler’s Nazi Germany, Imperial Japan, Franco’s Spain and the expansion of Mussolini’s Italy.

This led to World War II and the ultimate defeat of fascism at a stunning cost of 60 million dead including the Holocaust that killed 6 million Jews. The victory of the United States, Great Britain and the Soviet Union gave rise to the second new world order with the creation of the United Nations, the International Monetary Fund and World Bank. It saw the Soviet takeover of Eastern Europe, the disintegration of colonial empires and rise of over 100 new nations. By the 1960s and 1970s Communism embraced almost one-third of the world’s population.

But it did not last long. The Cold War ended in 1991 with the disintegration of the Soviet Union, which split into 15 independent states, lost 150 million people and withdrew 500-1,000 miles Central Europe to protecting Moscow and Leningrad. The new triumphant banner of the third new world order led by the United States was that of capitalism and democracy which seemed, as Frances Fukuyama proclaimed, inevitable and successful. The forward motion of democracy, which already started in the late 1970s and 1980s, more than doubled the number of democratic states by 2000 from 35 countries to 90 countries.

For more than a decade rapid economic development, epitomized in the BRIC concept (Brazil, Russia, India and China), seemed likely to prevail. But in the last ten years the economies of Brazil and Russia have flamed and burned while the growth rate in China declined markedly. In the last decade the motion towards capitalism and democracy has gone into reverse and produced the current fourth world order.

The four new rising states—China, Russia, Iran and more and more Turkey—are all authoritarian, anti-democratic and averse to capitalism. All talk not about the future but the past with calls for recreating a version of traditional China, Tsarist Russian Empire, Persian Empire and Ottoman Turkish Empire. The radical futurists are now replaced by conservative nationalists who want to restore the past and revive a state religion, Islam for Iran and Turkey, Eastern Orthodox Christianity for Russia and quasi-religious Confucianism for China. In all four countries the likelihood of a vigorous market economy has diminished rapidly in favor of a state dominated economy.

All four countries are trying to expand their power. For China, it is the South China Sea and threatening Taiwan and Vietnam while for Russia, after taking Crimea, parts of Georgia and Ukraine, it now is threatening the Baltics and some Eastern European states. The Islamic Republic of Iran is expanding into Lebanon, Syria, Iraq and Yemen while Turkey is talking of expanding into the Middle East. And all of them led by Iran and China, are expanding their militaries.

All this poses a dilemma for the new President who wants to make America great again while at the same time facing a world that increasingly is moving away from American values of democracy and capitalism. Only time will tell how far Trump will go to stopping this process and how successful he might be.