Mr. Hamby’s most recent book is Man of Destiny: FDR and the Making of the American Century (Basic Books). 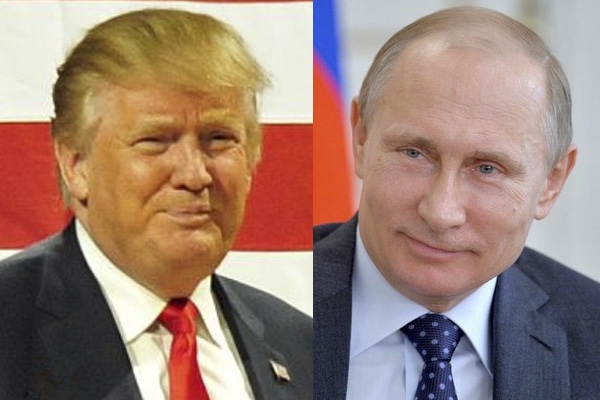 From the Bolshevik revolution on, Republicans have invariably been the most vehemently anti-Soviet party, with Democrats at least open to the possibility that the revolutionary movement which overthrew Czarist despotism might have some redeeming qualities. Republican presidents Harding, Coolidge, and Hoover all refused to tender diplomatic recognition to the Soviet Union. Franklin Roosevelt finally did so in 1933. Early relations with the USSR were nonetheless rocky, reaching a nadir during the short life of the German-Soviet pact of 1939-41. The German invasion of the Soviet Union in June, 1941, brought about a dramatic reversal. It made Russia a key ally in the emerging World War II Grand Alliance to defeat Hitler and, before the successful development of the atomic bomb, a much sought-after partner for the Pacific war against Japan. 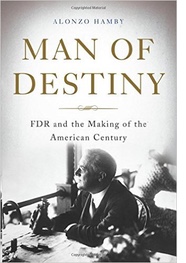 In early 1945 Franklin Roosevelt returned from the Yalta conference believing he had established a postwar accord and a solid relationship with Stalin. The illusion began to fray quickly as the Russians established strong control of one eastern European nation after another. In 1947, Roosevelt’s successor, Harry Truman, laid down the “Truman Doctrine” of resistance to Soviet expansionism, implemented the Marshall Plan of massive aid to war-ravaged Western Europe, and undertook a difficult “airlift” to supply the Western sectors of Berlin. In 1949, the United States and the Western European nations negotiated a mutual defense pact, the North Atlantic Treaty. The capstone of what had begun to be called a “Cold War” was the North Atlantic Treaty Organization (NATO), its military arm initially commanded by General Dwight D. Eisenhower.

Ever since, NATO has been a symbol of Western Democratic resolve against a hostile Russia. American presidents from Truman to Obama have supported it as an essential element of American foreign policy. Why then did Donald Trump so casually dismiss it? An easy explanation is the Trumpian tendency to shoot from the lip, but something more may be in play. Perhaps he remains influenced by his former adviser, Paul Manafort, who has been linked to pro-Russian elements in Ukraine. Moreover, Donald Trump is the boss of a large private real estate empire unaccustomed to back-talk. While promoting himself as a deal maker with transactional skills transferable to democratic politics, he strikes one as something of an authoritarian with more than a whiff of an authoritarian personality. (Is there a hint of Mussolini in that curled-lip scowl he frequently exhibits?)

Most American presidents from George Washington to Barack Obama have balanced the transactional with the authoritarian. Most have served apprenticeships in democratic politics that forced them to do so. Trump has not. He—and we—may have a turbulent four years ahead of us.