Prepare Yourself: We’re About to Become the Great Satan Again

Alan McPherson is Professor of International and Area Studies at the University of Oklahoma and author of "Yankee No! Anti-Americanism in US-Latin American Relations." 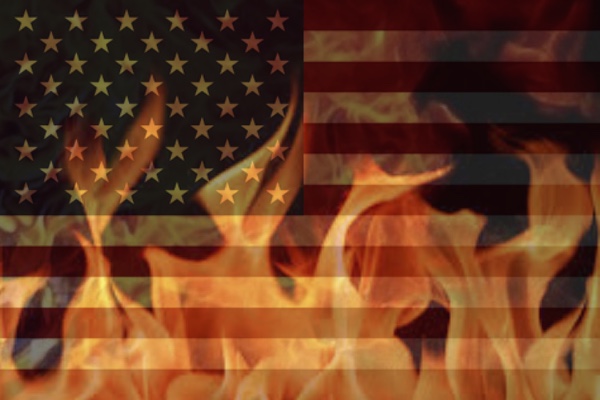 Donald Trump’s victory in the US presidential election brings with it countless uncertainties. But there’s one safe bet: a new era of anti-Americanism will dawn.

Trump’s reckless foreign policy prescriptions—building a wall to keep out Mexicans, starting a trade war with China, gutting NATO, tearing up the Iran nuclear deal and the North American Free Trade Agreement, and, most seriously, abandoning any effort to slow climate change—will make him a pariah among responsible world leaders. His obscene, mendacious, and incoherent public performances alone will embarrass those of us who monitor foreign affairs, forcing us to apologize on his behalf to overseas friends. 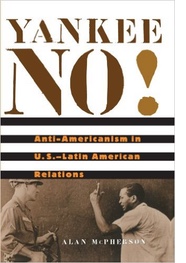 Decades of studying anti-US sentiment around the world tells us that, as global public opinion of the president shifts, so shifts how the world sees the nation as a whole. It might seem unfair, but there it is. During the eight years of the George W. Bush administration, poll respondents in other countries assured us that they hated Bush and his policies—among them the Iraq War—but not America. Yet the numbers told a different story. Overall US favorability ratings sank to all-time lows—in Britain, from 83 to 51 percent; in Turkey, from 52 to 9 percent; in Indonesia, from 75 to 15 percent; and in Argentina, from 50 to 16 percent. Global opinions of the United States had never been as bad during the Vietnam War, or when Ronald Reagan placed nuclear weapons in Europe, or even when Iran led much of the Middle East in railing against the “Great Satan.”

President Barack Obama undid much of the damage. His embrace of diversity, his urbane sophistication, his ability to give a hopeful speech—all attributes sorely lacking in the president-elect—made us all look better to the outside world. Except for the Middle East, where ongoing wars and Obama’s drone policy continued to sour the public, every region of the world saw the United States in a far better light. Under Obama, we began again to be respected by world leaders, leading to milestones in nuclear disarmament, climate change, and more. They even gave “us” a Nobel Peace Prize.

Now, with the terrible decision by half the US electorate to entrust our foreign relations to a man with no experience and atrocious instincts, we will lose everything that Obama achieved and return to the Bush nadir. And perhaps worse, given Trump’s unpredictability.

The numbers are already ominous. In late June, a Pew poll confirmed that much of the world had “no confidence” in Donald Trump: 80 percent in Canada, 92 percent in Sweden, 85 percent in the UK. Only 9 percent of Europeans had confidence in Trump, and these largely overlapped with members of neo-fascist parties. The friendliest nation in the poll, India, registered a low 18 percent “no confidence” but no more than 14 percent “confidence.” Every country in the poll had more confidence in Secretary Hillary Clinton. Another poll showed that 85 percent of our neighbors in Mexico loathed Trump. On the eve of the election, a global straw poll voted 65 percent for Clinton versus 24 percent for her opponent.

Under Trump, our only friend will be the other schoolyard bully, Vladimir Putin. During both the Bush and Obama years, Russians expressed low and then high opinions that mirrored those around the globe. But now they stand out in welcoming Trump as a strongman in the mold of their own leader, if not wholly a product of Putin. Better relations with Russia might in some circumstances be welcomed. But the Pew poll shows that, the closer Trump gets to Putin, the worse his global ratings get. With friends like Putin, who need enemies?

The repercussions could be momentous. Trillions in lost trade and investment. Millions of tourists choosing other destinations. Ostracism at international organizations. And untold damage to the planet and our country’s reputation. We can only hope that the president-elect will come around to some common sense. If not, his “America first” stance will land America dead last in the world.