What Happens to the Middle East Now? 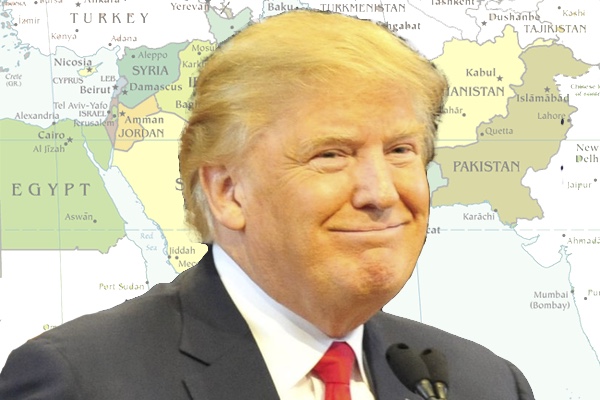 What might the world expect from a Trump administration with regard to Middle East policy? The answer to this question is not as straightforward as it would have been had it been asked of a Hillary Clinton administration.

After all, Clinton has not only left us a long paper trail and expansive collection of policy pronouncements, she was actively engaged in policy-making and execution as secretary of state.

Getting a handle on Trump’s intentions in the region is more difficult for two reasons. First, it is not clear what shifts in the global political and economic order a Trump presidency might bring. Will there be a power vacuum that German or Russia will seek to fill? Will the United States, its allies, or both abandon NATO? Will there be a financial downturn (as a number of economists predict) that might limit America’s ability—and desire—to play the same role in international affairs that it has in the past or cause economic instability globally?

Trump’s election might also weaken America’s “soft power”—that is, the ability of the United States to lead by persuasion and example.

Five years ago, populations throughout the Arab world risked their lives in a quest to topple regimes and replace them with others that would respect human and democratic rights. Since the American government has long advocated for those rights—in word if not always in deed—in the future the Arab uprisings might come to be seen as the high point of America's soft power.  The tenor of the recent American presidential campaign—particularly Trump’s pronouncements on Muslim immigration to the United States, Iraq policy (“to the victor go the spoils”), the status of Jerusalem, and the like—have already dealt a body blow to its reputation in the Middle East.

The second reason it is difficult to predict what policies Trump might offer is that it is not clear what his beliefs actually are. Trump himself has declared that he is not interested in questions of policy, and some of his supporters have already stated that a number of his policy suggestions were not meant to be taken at face value. Furthermore, one must also take into account both foreign and domestic pushback, and disruptions caused by unanticipated events. The Arab uprisings of 2010-11, for example, wrecked havoc on Obama’s plans for the Middle East.

Given these problems with determining what Trump wants or will be able to do with respect to the Middle East, however, it still might be possible to piece together the broad outlines of a Trump policy on the region.

First off, when it comes to foreign policy, Trump’s instincts appear to be the polar opposite of Hillary Clinton’s.

Hillary Clinton is a "liberal interventionist."  She believes that American ideals are universal ideals. It is therefore America's duty to spread liberal values globally—so long as it is done under the umbrella of international law and international institutions.

Trump appears not only to be a nativist, but to be either an isolationist on principle or because he lacks concern with the wider globe. Thus, it is less likely that Trump would advocate intervening in Syria (as Hillary has done) or that he would push the Israelis to negotiate with the Palestinians (as John Kerry has done). Trump’s admiration for Russian president Vladimir Putin makes it likely that he will abdicate Syria policy to Russia, where it is already heavily committed.

Obama believed that America’s single-minded obsession with Middle Eastern issues was a drain on its resources. He also believed that the future of the globe would be made in Asia, not the Middle East.  He therefore wanted to reduce American commitments in the region and avoid making more.

This was one of the reasons Obama was so anxious to end the wars in Afghanistan and Iraq, and not get bogged down in new ones in Libya and Syria.

This was also one of the reasons why the Obama administration expended so much effort in reaching a nuclear deal with Iran. The administration believed that acknowledging Iranian interests and making it a stakeholder—and not a spoiler—in the region would stabilize the Middle East and enable the United States to pursue its greater strategy.  The nuclear deal with Iran was the first step.

Trump, on the other hand, either does not understand or does not agree with Obama's strategy. Trump has stated he wants to "rip up the nuclear deal on day one" of his administration.  His increasingly pro-Israel stance and populist bluster makes this a strong possibility.  Since Trump is neither a deep thinker nor a grand strategist, he probably has given no thought to what happens next.

Trump’s anti-Iranian stance, along with his bluster, is likely to please the Saudis, who were very unhappy with Obama's declaration that they would have to learn to "share the neighborhood with Iran."

On the other hand, like Obama, Trump views Saudi Arabia and other Gulf monarchies as "free riders"—that is, states that take advantage of American power without contributing anything to their own defense.  Trump has already denounced what he called free riding on the part of America’s allies in Europe, which has traditionally been the focal point of American strategic planning.

Trump has pledged to continue the war on ISIS ("bomb the shit out of them"), although it is hard to see how his policy will differ from Obama's.

Again, it is difficult to separate campaign rhetoric from reality. But if he does make changes in American immigration policy to the detriment of Middle Eastern countries—in effect, Muslims—he will hand ISIS a propaganda coup.

Finally, Israel. It is no secret that relations between Israel and the United States were frosty during the Obama years. Observers have frequently cited the fact that Israeli Prime Minister Benjamin Netanyahu and Obama simply did not get along. In fact, however, the problems went deeper. For example, the Israeli government saw no reason to reach a territorial compromise with the Palestinians to calm regional waters and enable the United States to turn its attention elsewhere. They were likewise unenthusiastic about the Iran nuclear deal.

Although Trump stated that the United States should act as a “neutral dealmaker” to bring about a settlement early in the campaign, he has long since abandoned this stance. He has also urged Netanyahu to expand the construction of Israeli settlements in the West Bank. It is abundantly clear that unless Trump reverses himself, there will be no treaty-signing photo op on the White House lawn.