A Personal Tribute to Gwen Ifill

Arica L. Coleman is the author of That the Blood Stay Pure: African Americans, Native Americans and the Predicament of Race and Identity in Virginia, a Choice Outstanding Academic Title for 2014. Her article “Mildred Loving: The Extraordinary Life of an Ordinary Woman" received the 2016 Gloria Anzaldua Award Honorable Mention from the American Studies Association. She is a Time Magazine contributor. She can be reached at www.aricalcoleman.com.

I read the news Monday afternoon of Gwen Ifill's passing and immediately burst into tears. I have always admired her. With so few women of color in the national media, it was inspiring to turn on the television and see this beautiful “well-educated-chocolate-skinned” (words she used to describe Michelle Obama) daughter of Caribbean immigrants, moderate Washington Week and co-anchor The PBS News Hour with colleague Judy Woodruff.

I had the pleasure of meeting Ifill when she came to Delaware in 2009 as a part of her Break-Through: Politics and Race in the Age of Obama book tour. As one can imagine, the line for the book signing was quite long, but she took the time to look each person in the eye and engage them in a brief conservation while providing an autograph that was at once personal and exquisite. 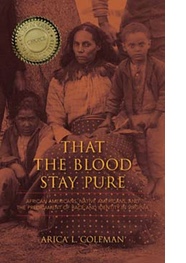 Needless to say I was star struck when she and I were finally face to face. I tried not to appear awkward and nervous when she asked about my work. I gave her my well-practiced elevator speech and expressed my gratitude for her continued inspiration to black women and little black girls everywhere. Then the unexpected happened. When I told her that her book release came just in time for me to incorporate it into my course Contemporary African American Issues, her smile widened as she came out of her seat and hugged me. “Thanks for teaching the book,” she said. She inscribed those same words under her signature. That Black Girl Magic moment we shared made me feel a special connection with her every time I tuned in to watch.

Today as I mourn her enormous loss and celebrate her inspiring life, I would be remiss not to acknowledge the ways in which the race and gender politics she reported on and wrote about, also defined her career. Ifill captured this brilliantly in the opening sentences of Breakthrough recalling:

“I LEARNED HOW TO COVER RACE RIOTS BY TELEPHONE THEY DIDN’T pay me enough at my first newspaper job to venture onto the grounds of South Boston High School when bricks were being thrown. Instead, I would telephone the head master and ask him to tell me the number of broken chairs in the cafeteria each day. A white colleague dispatched to the scene would fill in the details for me.

According to a New York Times obituary, Ifill’s dream of becoming a journalist began at age 9. She blazed the trail for black women in journalism and covered national politics on the White House, Congress, and national campaigns for the Washington Post, NBC, and PBS in an illustrious career which spanned 3 decades. In a 2011 interview with the Archive of American Television, Ifill reminisced, “I was very conscious of the world being this very crazed place that demanded explanation.” She was also aware that her race and gender posed a specific challenge to her entry into television journalism stating:

I didn’t see a whole lot of people who looked like me doing [journalism] on television . . . but you get used to being underestimated. I got my first job by exceeding expectations . . . This is the way it is, how do I get around it, get through it, surprise them?

Indeed, as many woman are often reminded, credentials and experience does not make one immune to racialized and gendered notions of presumed incompetence which was blatantly displayed in the days leading up to the Biden-Palin 2008 Vice-Presidential debate moderated by Ifill. Her integrity as a journalist was viciously attacked by conservative media pundits who believed her race and “left leaning” politics would influence her to favor Biden, Obama’s choice for vice president. Many also pushed for her to recuse herself arguing that her book “about Obama,” which in fact was about black politics in the post-Civil Rights era, demonstrated a blatant conflict of political and financial interest. Yet, despite the vitriol and a broken ankle, Ifill defied her critics and soldiered on.

During the 2004 Cheney-Edwards Vice Presidential Debate, prior to providing national statistics on the health disparity faced by black women with HIV/AIDS Ifill announced, “I want to talk to you about AIDS — and not about AIDS in China or Africa — but AIDS right here in this country.” She asked each candidate to explain what he believed the proper role of government should be in addressing the epidemic.

Again in 2007, on Meet the Press, Ifill called out the late moderator Tim Russert and her PBS colleague, conservative commentator David Brooks, due to their silence about Don Imus referring to black women on the Rutgers University Basketball team as “nappy headed hoes and jjiggaboos contending” “Tim, we didn’t hear from you. David, we didn’t hear from you.”

This was classic Ifill; professional, yet direct.

Trailblazer and torch bearer, Ifill’s untimely death is a tremendous loss to American journalism. I will certainly miss what for me was the embodiment of black female journalistic excellence who gave voice to black women’s issues where there was none.

Rest in peace Gwendolyn L. Ifill. You shall always be an American treasure.

Thanks for writing a book worthy of teaching!