Evan Faulkenbury is an Assistant Professor of History at SUNY Cortland. 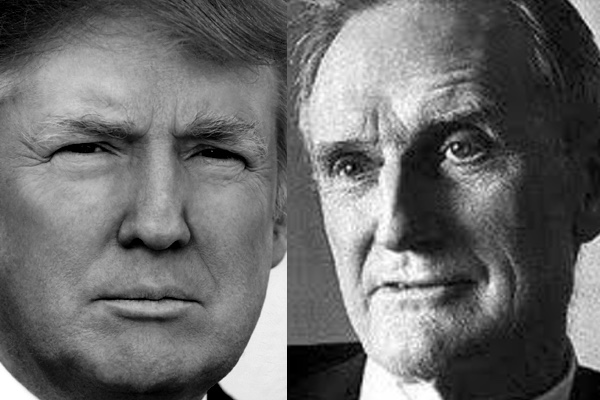 Over the last month, we’ve learned much—or rather, not much at all—about Donald Trump’s tax returns. What could be lurking in his financial history that he clearly does not want to share with the general public? The New York Times revealed that Trump likely has avoided paying federal income taxes for two decades. While that’s a distressing thought, it’s not without precedent, and Trump isn’t the first multi-billionaire to became embroiled in a public debate over the avoidance of paying income taxes.

In 1969 John D. Rockefeller III, the grandson of the Standard Oil magnate and head of the Rockefeller Foundation, slipped up in a major way while testifying to the Ways and Means Committee of the House of Representatives. Congress planned to draft new tax legislation, which would pass into law by the end of the year as the Tax Reform Act of 1969. Part of the reform effort targeted private philanthropy. Reigning in the foundations had bipartisan support with both Republicans and Democrats promising to make wealthy philanthropists pay their fair share in taxes. Rockefeller arrived on the Hill ready to defend the social good of philanthropy and to ask Congress for mercy when writing new tax rules for foundations.

But it was a slip-of-the-tongue before the Ways and Means Committee that, in the words of historian Waldemar A. Nielsen, caused congressional members to “bolt upright and sent newspapermen racing for the telephones.” While extolling the benefits of untaxed charity, Rockefeller stated that since 1961 he had not been obligated to pay a cent in income taxes. Due to generous write-offs, Rockefeller and his team of lawyers had fixed the game. Because of his personal generosity, he told Congress, he voluntarily paid between 5-10 percent of his income to the federal government each year—far below the percentage his tax bracket would have required.

Anti-foundation crusader Rep. Wright Patman (D-TX) laughed at Rockefeller’s false piety: “One wonders what reaction Mr. Rockefeller expects from his audience when he makes such a statement—a silence respectful of his family's economic power? Hosannas of praise at his generosity in paying a tax at a rate one-third flint of the poorest of us? Pleas that he abandon such arduous self-sacrifice and cease paying any tax whatsoever?”

Rockefeller’s income tax avoidance shocked the American people, unimpressed by his shallow attempt to pay an annual amount of his own choosing. Congress brought down the hammer, and the rewritten tax code tried to ensure that billionaires like Rockefeller could no longer get away with avoiding paying their fair share to society.

But, as Donald Trump’s example makes all too clear, Congress in 1969 did not close all the loopholes it thought it had. Congress also failed to do so in follow-up tax reform bills during the 1970s and 1980s, leaving gaping loopholes for the super-wealthy to exploit. Rockefeller’s legacy lives on in the form of Donald Trump—a self-interested, above-the-law attitude that convinces oneself that taxes are for chumps.