Is Yoga an Example of Cultural Appropriation?

Jim Stempel is the author of seven books, including military nonfiction, historical fiction, spirituality, and satire. His articles have appeared in numerous journals including North & South, Concepts In Human Development, and the New Times. He is a graduate of The Citadel, Charleston, South Carolina, and lives with his wife and family in Western Maryland. His latest book is the novel, Windmill Point. 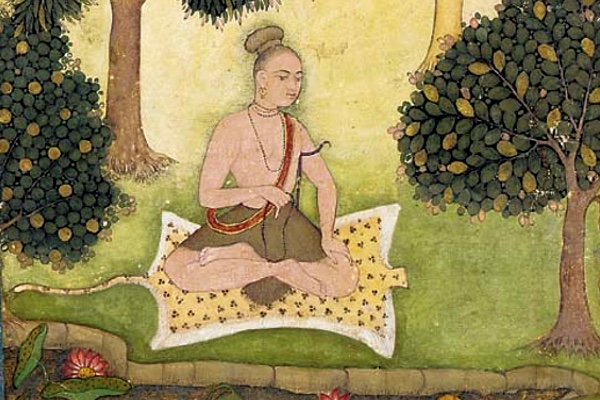 For those readers concerned with the deteriorating global order, a toxic presidential race, or the sputtering world economy, the fact that yoga has now been added to the ever-lengthening list of cultural appropriations may not seem worthy of even a second glance. But news it was, the story broken by the Ottawa Sun last Fall that students at the University of Ottawa’s Centre for Students with Disabilities nixed the practice due to concerns over its potential for cultural appropriation. (The classes later resumed.)

Now, for those unfamiliar with the latest strains of campus madness, cultural appropriation is roughly defined as the abduction of various forms of art, food, or general traditions from a minority culture that has experienced oppression or colonization or cultural “genocide” at the hands of our “dominant” Western Society and – lest we forget—without the expressed permission from the aforementioned minority culture. How exactly that permission is to be procured remains somewhat of a mystery, however. (How, for instance, would one secure permission from the Egyptian culture of, say, 5,000 BC? Is there an 800 number?)

Well, if you were previously unfamiliar with all of this, you are hardly alone. But, fortunately for us all, the reconnoiters of multiculturalism are tirelessly manning the conning towers of social justice these days, out scanning the horizon for even the slightest disturbance that might be interpreted as a cultural appropriation. In this they have not been disappointed. Everything from various forms of dress, dance, religion, language, Halloween costumes, legends, food, music, medicines, even canoes have made the ever-expanding list of unacceptable plundering. And who gets to decide exactly what is and is not cultural appropriation? Why, it’s the intellectual wunderkinds at places like the University of Ottawa along with, of course, their academic mentors. Is this nonsense? You bet it is! 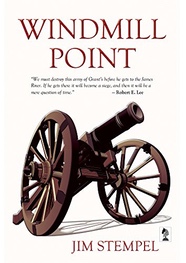 Just for the record, and before we get too far along, let’s make it clear that yoga – like meditation and many of the teachings of the Eastern spiritual traditions – was not “appropriated” at all, but willfully exported over a period of decades by the very “marginalized” societies the cultural appropriationists claim to know so well. The sad truth is cultural appropriationists know almost nothing of the history or cultures they have reduced to almost cartoon like characterizations. Indeed these Eastern practices and teachings were not exported because anyone had placed a gun to the side of the head of Eastern culture (hand over the yoga, Mr. Culture, or the yogi gets it!), but because they were presumed to be of value to the world at large by their Eastern practitioners – precisely as they have proven to be. Far more fatal to the concept of “cultural appropriation,” however, is the simple truth that this misbegotten ideology touts, not only a mistaken interpretation of history, but a perverse interpretation of history. What it labels as perverse is actually healthy, while what it labels healthy is demonstrably perverse.

Today our world exists as a rich symbiosis rung from a process of cultural cross-pollination that began many thousands of years ago with the shared traditions, foods, tools, language, weapons, etc. of our hunter-gatherer ancestors. That cross-fertilization – accelerated on a geometric scale across epochs of human development – has delivered us to a state of progress we today call civilization. The concept of zero, for instance, first utilized in mathematical formulations by the Indian scholar Brahmagupta around 650 AD, is considered today the most widely utilized symbol worldwide. But Brahmagupta did not invent the concept of zero out of thin air, but rather modified cruder versions that went back thousands of years as it percolated upward through innumerable earlier societies. But it hardly ends there. The alphabet, our numerical systems, languages, myths etc. are just a few examples of cultural cross-pollinations that have been changing the shift and shape of human existence since we Homo sapiens first set foot upon the planet. They are the stuff, not of cultural thievery, but of human growth and maturation, the natural “free agents” upon which cultures across the globe have prospered for centuries and continue to grow to this day.

If cultural appropriation was little more than a dogma espoused by some misguided college sophomores, it would be of no great concern. But its fundamental intent can be clearly discerned from the cavalier disregard of the historic record its adherents so blithely share. Facts don’t really matter to them, because a serious examination of history was never their goal in the first place. The true goal of cultural appropriation is not a more refined sense of intellectual fairness, but rather a more ominous form of intellectual intimidation. They will now decide what you can think, or wear, what spiritual tradition you may participate in, or what foods you can rightly enjoy. They alone will be capable of conferring “virtue” upon your chosen yoga regimen, no matter your thoughts to the contrary.

But I, for one, am not buying in. I am going to continue wearing my sandals and moccasins, spinning my rock and roll, gorging myself on tacos, gyros, and Amish apple pies while practicing whatever yoga I care to. I am going to think what I want and worship as I please. And I am going to do all of this, not because I intend to colonize, exploit, marginalize, or oppress anyone, but simply because I was born a free citizen in a free land – free to think and choose as I see fit. Period!

Since roughly the time of the Enlightenment we citizens of the West have enjoyed the extraordinary blessing of personal freedoms, quite possibly to the point that today we take them more-or-less for granted, unmindful of how fragile they actually are. But we need not look too far back to be reminded that personal freedom was not always the case for our forbearers. The multiculturalists tell us with a sort of Orwellian twist, that they would love to drag us all kicking and screaming into a brave new world, but the world of cultural appropriations, reeducation classes, free speech zones, trigger warnings, speech codes, etc that they tout as somehow liberating hardly looks brave or new or liberating to me. So I suggest we guard our freedoms with great care lest one day some anti-appropriationist vigilante from the local culinary college kicks open our front door and shouts: “This is the Italian Pastry Squad! Drop the cannoli, lowlife, and put your hands in the air!”