Netflix’s 1st Teaser for Barack Obama Movie Barry
The movie follows a young Obama during his years at New York City’s Columbia University.
The anti-labor propaganda film that has new (unintended) lessons to teach
Produced in 1958 by the National Right To Work Committee, the 26-minute film …And Women Must Weep tells the story of a small, working-class Indiana town in crisis, a community that was brought nearly to ruin by an aggressive, brutish union and needless labor unrest. It is a classic cultural text that deserves our notice for its role in reflecting and constructing anti-union culture.
Presented in vivid color, many employers of the 1960s, 1970s, and even the early 1980s, showed And Women Shall Weep  in workplaces to unorganized workers – hoping to dissuade them from supporting or joining the labor movement. Based on events surrounding the 1956-1957 International Association of Machinists (IAM) strike at the Potter-Brumfeld Company in Princeton, Indiana, this industrial propaganda film editorializes that organized labor’s brutality, foreignness, and authoritarianism justified states’ anti-union measures and validated industrial workers’ skepticism toward the labor movement….
Much of …And Women Must Weep, however, is completely untrue – an artful cinematic distortion of the facts. In 1961, the International Association of Machinists released a brief film of their own, the 18-minute Anatomy of a Lie, which refutes many of the claims made in the National Right to Work Committee’s story. Working systematically on a point-by-point basis, the producers of Anatomy of a Lie visited the actual town of Princeton in order to discuss more fully and accurately the circumstances surrounding the strike at the Potter Brumfeld Company.
For example, the IAM’s filmmakers found that the majority of the workers who went on strike were women. (…And Women Must Weep implies that the workers at Potter Brumfeld and the strikers were all “big,” “burly” men, suggesting an untrue gender division of labor at the plant among the men who “must work,” as the lines of Charles Kingsley’s 1851 poem states, and the women who remain at home to “weep” for them.)  In addition, the real leader of the IAM local was a sight-impaired woman named Ruth Monroe; she did, in fact, lose her job. (Potter-Brumfeld’s management fired her when she missed several days of work in order to visit an eye specialist in St. Louis, Missouri.)
The strike itself resulted not from the actions of a pushy male union leader, but from many working women’s frustrations with new company management that had turned the firm upside down, introducing many unpopular work rules and intrusive time studies of work processes. Ruth Monroe claimed she told the mostly women workers not to strike, but a majority of the workers at a public meeting voted to walk off the job.
Anatomy of a Lie also disputes the National Right to Work Committee’s claim about the baby that had been supposedly wounded by a union sniper’s bullets. The film explains that while an infant had been accidentally shot in Princeton, there was no known evidence that actually connected the incident to the strike…. 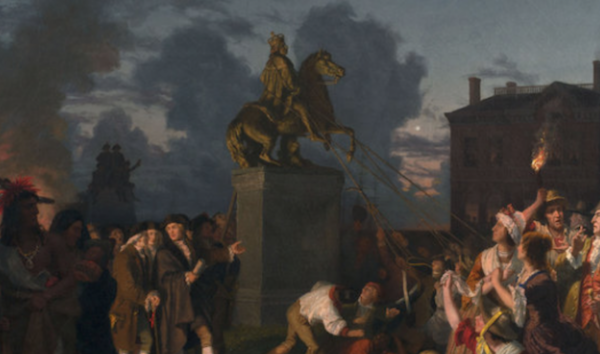 Long-Toppled Statue of King George III to Ride Again, From a Brooklyn Studio
StudioEIS is recreating an 18th-century statue of King George III that was pulled down in Lower Manhattan in 1776.
It is now possible, for the first time since the 18th century, to experience viscerally the shiver of pride — and anxious awe — that must have greeted the original statue when it arrived from London in 1770.
“The statue is getting a bit of a second life,” said Ivan Schwartz, a co-founder of the studio with his brother Elliot.
This statue is not destined to be turned into ammunition. Instead, it will serve as the centerpiece of a historical tableau at the Museum of the American Revolution, now under construction in Philadelphia, which is to open next April.
David Irving picked on the wrong Jew
David Irving picked on the wrong Jew. Before he sued the historian Deborah Lipstadt in the fall of 1996, Irving was widely regarded as an indefatigable researcher, a specialist on the history of the Second World War whose work, according to Stanford professor Gordon Craig, played “an indispensible part in the historical enterprise.” Sir John Keegan, the British military historian, wrote that Irving’s books were essential reading “to anyone seeking to understand the war in the round.”
There were always a few dissenters. As far back as 1981, Kai Bird noted the rank seam of anti-Semitism running through Uprising!, Irving’s account of the 1956 Hungarian revolt. The Scottish journalist Neal Ascherson called Irving “Jew-obsessed.” But Bird, now a distinguished historian, was a Nation editor at the time, while Irving was a fixture of the British press whose professed view that Auschwitz was merely, in Craig’s paraphrase, “a labor camp with an unfortunately high death rate” was treated as little more than an intellectual eccentricity.
As for Lipstadt, neither the solid scholarship of her first book, Beyond Belief: The American Press and the Coming of the Holocaust, nor the dutiful debunking in Denying the Holocaust seemed likely to raise her profile beyond the well-upholstered ghetto of Jewish book festivals and speeches at synagogue luncheons. Yet while Irving’s views had little impact on his reputation, Lipstadt’s depiction of him as “one of the most dangerous spokespersons for Holocaust denial” was beginning to cut into his American sales. Her second book also provided the ammunition for a campaign—ultimately successful—to persuade St. Martin’s Press, his American publisher, to cancel the contract for his biography of Nazi propagandist Josef Goebbels. 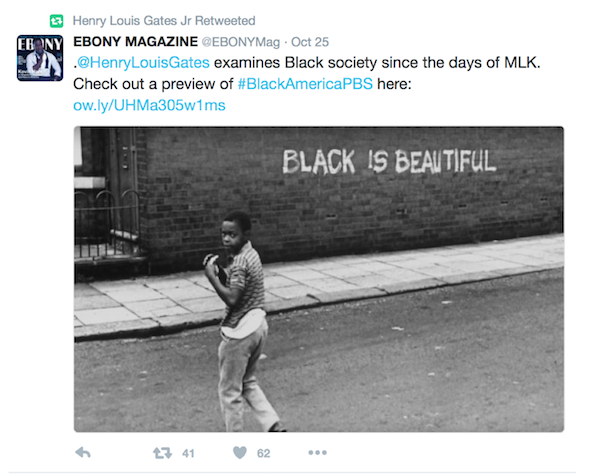 Novel about slavery and inequality wins Man Booker Prize for Fiction
Paul Beatty has become the first American writer to win the presitigious Man Booker Prize for Fiction. His novel, The Sellout, is a satire of American race relations and his writing has been compared to the best of Mark Twain and Jonathan Swift. Describing the book, Alexandra Alter at The New York Times notes, "A raucous tragicomedy that explores the legacy of slavery and racial and economic inequality in America, the novel felt deeply resonant at a moment when police violence against African-Americans has incited protests around the country and forced Americans to confront the country’s history of racism." 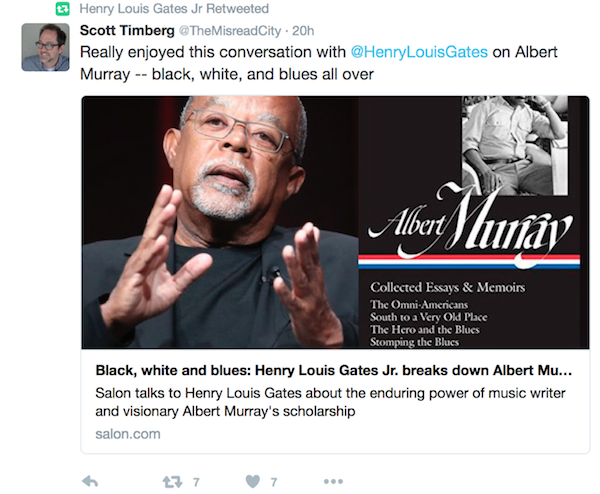