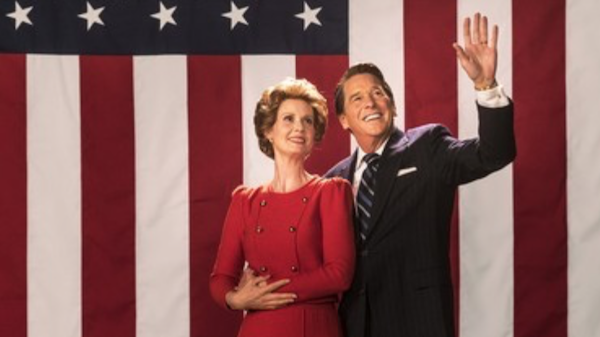 How ‘Killing Reagan’ Star Cynthia Nixon Put Aside Politics to Play Nancy Reagan
“I have my political views, and I certainly would never want to be part of a project that maligned those views,” Nixon tells The Daily Beast, when asked how she squared away humanizing a person whose politics she disagreed with. “I would never want to be a part of a show where I play Nancy Reagan that I feel like whitewashed the truth about the Reagans.”
She’s also not interested in being an agitprop.
“If I want to work a particular political issue, I’ll go make a speech about it, and everyone knows it’s a speech,” she says. “I don’t want to make propaganda, because propaganda’s not very interesting to watch most of the time.” 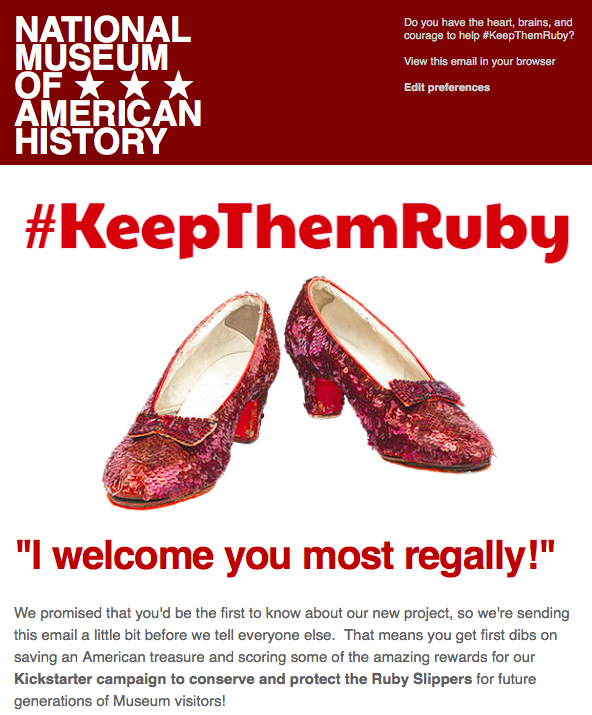 Don’t Want to Support Birth of a Nation? Watch Charles Burnett’s Nat Turner Movie Instead.
The lackluster box office for Nate Parker’s The Birth of a Nation has prompted a wave of postmortem analyses and, in some corners, recrimination. Parker himself, who according to the Hollywood Reporter ignored the advice of both P.R. experts and Oprah herself on how to handle the resurfacing of allegations that he and his Birthco-screenwriter raped a woman in 1999, has taken the brunt of the blame, but there’s been plenty to go around, from the critics who overhyped the film in Januaryto, in a novel twist suggested by journalist Roland Martin, black women, who he says have avoided the film because Nate Parker’s wife is white. (That last bit of finger-pointing didn’t go over too well.)
But the history of Nat Turner’s revolt, which is the subject of Parker’s movie, has always been a contentious, nearly intractable one. That’s certainly the conclusion reached by Charles Burnett’s 2004 documentary Nat Turner: A Troublesome Property, which examines the way Turner’s story has been (ab)used in the service of often incompatible perspectives throughout history. (The movie is available for streaming through Amazon Prime and for purchase from California Newsreel.) Exploring everything from The Confessions of Nat Turner, which purports to be Turner’s own first-person account as told to lawyer Thomas Gray, to William Styron’s Pulitzer Prize-winning 1967 novel of the same name, Burnett both dramatizes and deconstructs how Turner has been depicted by largely white authors, and whether the scant historical record of his existence that is not concerned with bloodshed allows us to form a picture of him at all. “There is no Nat Turner back there, whole, to be retrieved,” Henry Louis Gates Jr. says in one of the film’s dozens of interviews. “You would have to go and create Nat Turner.”
No, Bob Dylan isn’t the first lyricist to win the Nobel
There’s been a great deal of excitement over Bob Dylan winning the 2016 Nobel Prize for Literature. It’s rare for artists who have achieved widespread, mainstream popularity to win. And although Nobels often go to Americans, the last literature prize to go to one was Toni Morrison in 1993. Furthermore, according to The New York Times, “It is the first time the honor has gone to a musician.”
But as Bob Dylan might croon, “the Times they are mistaken.”
A Bengali literary giant who probably wrote even more songs preceded Dylan’s win by over a century. Rabindranath Tagore, a wildly talented Indian poet, painter and musician, took the prize in 1913.
The first musician (and first non-European) to win the Nobel Prize for Literature, Tagore possessed an artistry – and lasting influence – that mirrored Dylan’s. 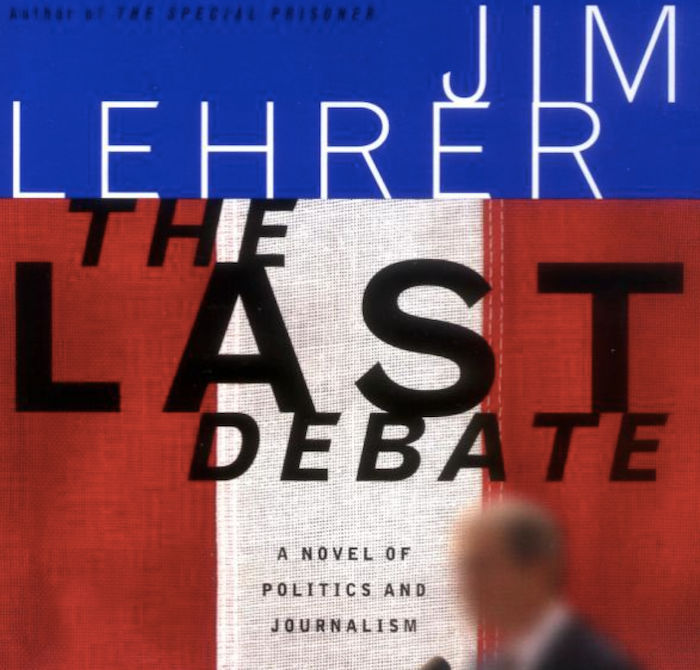 Jim Lehrer’s novel in 1995 — The Last Debate — is about a GOP outsider whose campaign implodes when he’s accused of sexual misconduct
As the final debate approaches, be informed of the scary prescience of "The Last Debate."
"The Last Debate?” It's a 1995 novel by Jim Lehrer, the PBS icon and former frequent presidential debate moderator, that was turned into a 2000 Showtime TV film directed by John Badham. It also featured cameos by journalists and pundits Mark Shields, the late Robert Novak, Paul Begala, Jake Tapper, E.J. Dionne, Frank Luntz, Al Hunt, Fred Barnes, David Brooks, Eleanor Clift and yours truly.
Lehrer's work centers on a presidential debate between a Republican non-politician who is leading in the polls against his somewhat charismatically challenged Democratic challenger. In the debate, the panelists confront the Republican with allegations of assaulting a number of women. He denies it and has a meltdown. The women then come forward and confirm it and the outcome of the election changes.
Pretty absurd scenario, eh?
“I wish I could say that I knew from some futurist spiritual source in 1995 when I wrote ‘The Last Debate’ that some day in the faraway year of 2016 there would be a nominee for president who lost his election because he routinely abused women. So I will do so," Lehrer wrote me Sunday.
"Yes, it all flashed before me as I sat at my word processor 16 years ago. My only regret now is that I did not insist then that it be published as nonfiction.”
Says Jon Maas, a Hollywood producer-director who wrote the film, "The shocking thing was that at the time those who didn’t like the film said something like this could never happen. And I wasn’t as extreme with my GOP candidate — unlike the book, where he is more an extreme conservative — I based him largely on William Bennett. Someone who existed inside the Beltway culture and people praised for his good character. I thought he was more plausible as a national candidate. "
Library of Congress Presents Multimedia Web Presentation of Political, Cultural Icons
The Library of Congress unveiled today a new curated web presentation—“Food for Thought: Presidents, Prime Ministers, and other National Press Club Luncheon Speakers, 1954-1989” (loc.gov/rr/record/pressclub/)—that features speeches by some of the world’s most important newsmakers, including presidents, international leaders and other political and cultural icons of the period. Most of these select speeches from the Library’s National Press Club Collection have not been heard in their entirety since they were initially delivered.  The online presentation spans 35 years and accompanying essays put relevant historical context around the topics discussed by the speakers.
“In recognition of the historical importance of the luncheon talks, the Library of Congress has undertaken to digitize the complete National Press Club collection of recordings,” said Eugene DeAnna, head of the Library’s Recorded Sound Section, part of the Library’s Packard Campus for Audio Visual Conservation. “Researchers visiting our Recorded Sound Research Center can listen to any of the hundreds of speeches, but we have selected talks by some of the most distinguished speakers.  This enlightening online presentation has great potential for use in the classroom because audio has the ability to convey experience and ideas more powerfully than the written word. It can grab a student’s attention due to its power to establish an experiential connection between listener and speaker,” he said.
• Muhammad Ali and Ken Norton, Aug. 27, 1976
• James Baldwin, Dec. 10, 1986
• Menachem Begin, March 23, 1978
• Leonard Bernstein, Oct. 13, 1959
• James H. Billington, Jan. 12, 1989
• George H. W. Bush, March 20, 1981
• Jimmy Carter, Oct. 14, 1980
• Fidel Castro, April 20, 1959
• Charles de Gaulle, April 23, 1960
• Dwight D. Eisenhower, Jan. 14, 1959
• Gerald R. Ford, June 6, 1988
• Audrey Hepburn, April 7, 1989
• Alfred Hitchcock, March 14, 1963
• Herbert Hoover, March 10, 1954
• Bob Hope, July 8, 1980
• Nikita Khrushchev, Sept. 16, 1959
• Edward R. Murrow, May 24, 1961
• Richard M. Nixon, May 21, 1958
• A. Philip Randolph, Aug. 26, 1963
• Ronald Reagan, June 16, 1966
• Anwar Sadat, Feb. 6, 1978
• Jonas Salk, April 12, 1965
• Adlai E. Stevenson, June 26, 1961
• Margaret Thatcher, Sept. 19, 1975
• Harry S. Truman, May 10, 1954, April 12, 1958, Dec. 8, 1958, Nov. 2, 1961
Dayton, Ohio firm working to make Wright Brothers film a reality
The Wright Brothers may be coming to the big screen, with strong Dayton connections.
In the last week of his life, David Lightle, chief executive of Dayton’s Wright Brothers USA, signed a contract with a Hollywood film production company to start work on an animated feature film based in part on a 2004 children’s book by Timothy Gaffney, Wee and the Wright Brothers.
Lightle then went off to China, where he had many business dealings. He died there Aug. 28 at the age of 58.
The contract he signed before he left defines roles for the production company, Mechaniks, and Wright Brothers USA, which has drafted sketches for characters featured the movie.
comments powered by Disqus