We Need to Redefine November 11, Veterans Day, as a Day of Peace 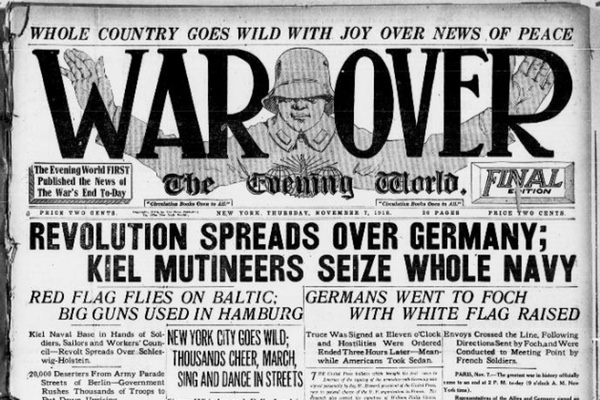 When Veterans Day rolls around each year, I can’t help feeling conflicted.

On the one hand, it’s right to honor veterans—those men and women who give up a significant portion their own freedom and safety in order to put themselves on the line for a greater good. 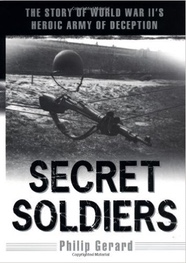 From Valley Forge on down to World War II and Vietnam and the conflicts in the Middle East, they’ve done the dirty work no one else wanted to do—enduring hardship and wounding and even death for the sake of this nation. It is an unfortunate fact of the human condition that even the gentlest of democracies needs fierce warriors to allow it the luxury of being a democracy.

My father survived the Pacific War, as did two of my uncles.

But November 11th started out as something quite different: a celebration of peace.

In he fall of 1918, after four years of a horrific, stalemated war—then called The Great War—more than 8 million soldiers had been killed in action—an average of 2,250 fatalities every day. Another 37 million had been wounded or gone missing. The German chancellor fled in exile and the starving, destitute German nation was dissolving into chaos. A peace delegation persuaded the Allied High Command to declare an armistice to take effect at the 11th hour of the 11th day of the 11th month.

Tragically, many British and American commanders decided to take one last fatal turn at glory and order their men to attack in the hours before the armistice.

Thus the black 92nd division, nicknamed the “Buffalo Soldiers” after their forebears on the Great Plains, were ordered to attack at 10:30 a.m. on the morning of Nov. 11th and suffered terrible casualties—320 Americans would die that morning, and ten times that many would lie wounded or go missing in action. The last American to die was Henry Gunther, cut down by an incredulous German machine gunner at 10:59 a.m.

Altogether, in the final hours before the guns went silent, about 11,000 men on all sides were killed, wounded , or missing in action—more than on D-Day in 1944.

U.S. Congressman Royal Johnson, himself a decorated veteran of the war, chaired Subcommittee 3, was charged with investigating American loses on Armistice Day. He came to the conclusion that “needless slaughter” had taken place due to the decisions of ambitious generals intent on waging war to the finish. Armistice Day served as an ongoing rebuke to those vainglorious generals—and any who might follow their example—that human lives are precious and ought not to be squandered merely to advance ideas of glory. The Great War offered no glory, only wholesale death, the suffering of millions of innocents, the wiping out of a whole generation of young men in Europe—and tens of thousands of Americans.

In the history of the western world, war has come all too frequently. Indeed, scarcely a generation after The Great War, a second global cataclysm would erupt, and we would have to start numbering our World Wars.

Peace is the rare state of affairs, the precious interlude in which culture, art, literature, and humane politics flourish. Peace is worth celebrating.

Since shortly after the Civil War, we have had Memorial Day (formerly Decoration Day) to honor the fallen. We celebrate Flag Day to show our patriotism, and on the Fourth of July we honor the men who inaugurated a war for freedom against a royal tyrant.

Is it asking too much to set aside one day in the year to mark—not war and warriors-- but our commitment to peace, even if it must come only at the eleventh hour?