Hillary Clinton Confessed to Having both Public and Private Positions? That's Not Shocking and It Shouldn't Bother You. 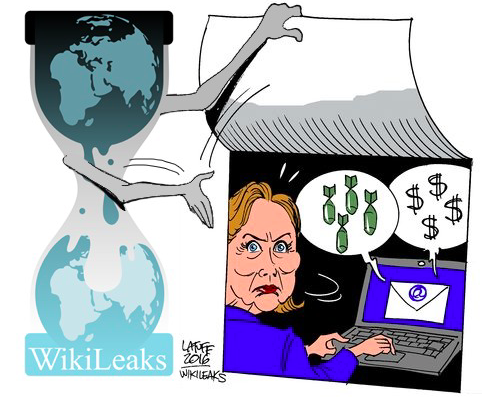 The recent WikiLeaks revelation of Hillary Clinton’s highly paid Wall Street speeches shows evidence that the Democratic Presidential nominee says different things in private than she does in public.  It shows her basic bent toward free trade; her coziness with Wall Street; and her consideration of some changes in Social Security down the road.  This is the opposite of her campaign speeches in which she endorses Bernie Sanders’s positions, which are diametrically opposite of what has now been revealed.

Will this be troubling to many Democrats and progressives, who thought Clinton was turning completely in their direction?  Probably, but it does NOT mean that she is to be totally believed by Wall Street moguls either.  The facts are that the most successful politicians in the Presidency are those who are “flexible” in their public and private utterances.  What they say is not a set of clues as to the final form of their presidency.  This applies to Hillary Clinton, too.

The most successful Presidents in domestic affairs are those who have these traits that have now been revealed about Hillary Clinton through the leak of her Wall Street comments.  It reminds those of us who study the history of the Presidency that among those Chief Executives who employed just that approach were Abraham Lincoln, Franklin D. Roosevelt, and Lyndon B. Johnson.  All three knew how to “work” Congress privately and play the public “game” not always totally fulfilled.

This is exemplified by Lincoln’s work on the passage of the 13th Amendment, and his actions moving toward the Emancipation Proclamation.  It is also shown by FDR’s ability to gain so much new economic and social legislation during the New Deal during the 1930s, and to take steps toward stronger executive leadership in many areas, and yet “charm” members of Congress.  And it also, and most particularly, shows up in the “wheeling and dealing” of Lyndon B. Johnson, through his promotion of the Great Society in the 1960s.

Lincoln was always very cordial with members of his party, stroking their egos when necessary, and accepting criticism when unavoidable.  He knew how to influence and lobby for what he wanted on the 13th Amendment, and knew it was essential to play different groups within the party and within his cabinet (a group of headstrong and egotistical characters), and was extremely effective in that regard, as portrayed in Doris Kearns Goodwin's study of Lincoln and his cabinet, used by Steven Spielberg in his effective film adaptation of her book.

FDR was a cagy leader, who said some things to some congressional leaders and cabinet members, and other things to others, and managed to be very effective in accomplishing his goals.  He was called crafty, charming, and brilliant by many, but also manipulative, capable of lying to one's face, and willing to mislead to gain his goals.  He was a great crisis leader in the mode of Lincoln.

And then there’s LBJ. LBJ was the true master of being cordial, kind, charming at times with certain members of Congress and cabinet officers, and yet, aggressive, persistent, domineering, and threatening with others, to obtain his goals of changing the domestic agenda of his country. If only he had been as effective in foreign affairs, he would rank much higher in the ratings of Presidents, or as historian Eric Goldman wrote in 1969, in his well known work, of the "tragedy" of Lyndon Johnson, so much ability but unable to apply it in foreign policy.  Doris Kearns Goodwin related much the same assessment in her study of the 36th President, about lost opportunities.

All three—Lincoln, Roosevelt, and Johnson—had to deal with intransigent groups on many different matters, and yet, while not totally pleasing everyone, which is literally impossible in any case, they accomplished great deeds in the Presidency.  Let us hope the same can occur under a President Hillary Clinton, who would enter office with more total government experience than either Lincoln or FDR, and while not as many years experience as Johnson, with expertise on world affairs rare for any President, with only Richard Nixon and George H. W. Bush having adequate preparation in that area since World War II.