The Secret Struggle Against Apartheid By Peter Cole
The struggle against apartheid in South Africa was perhaps the greatest transnational social movement of the post-World War II era. Figures like Nelson Mandela are rightly associated with this history, but the Left is less often remembered.
The book and forthcoming documentary London Recruits offers a corrective to this. Both serve as a reminder of the tremendous importance of leftists in the global struggle against apartheid. People like Tom Bell and his South African “trainer” Ronnie Kasrils, who organized the London Recruits, a group of international activists who embraced a working-class radicalism that was internationalist, cosmopolitan, anti-imperialist, and anticapitalist — and most important, steadfastly opposed to legalized racial oppression in South Africa.
This aspect of the struggle remains largely unknown, in no small part because the missions were secret and many of the participants did not know each other’s identities until decades later. However, these men and women, nearly all of whom were leftists, helped keep the fight to overthrow apartheid going during a “quiet decade” in which ferocious repression temporarily had shut down domestic opposition. 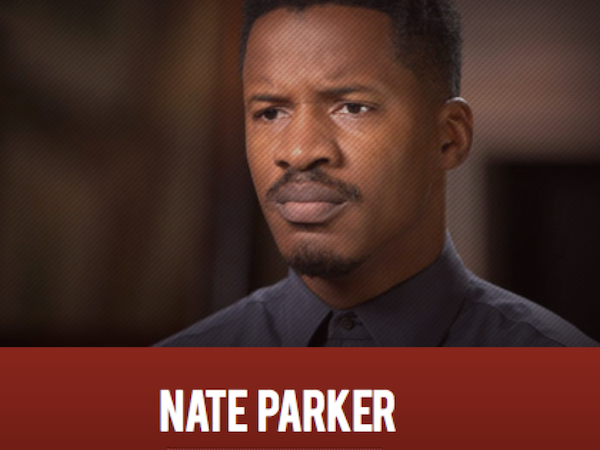 60 Minutes Interview:  Nate Parker on his movie about Nat Turner — And his rape trial
Related Links
● Nate Parker Addresses College Rape Trial in ’60 Minutes’ Interview: ‘I Was Falsely Accused’
● NYT review of the movie
Anderson Cooper interviews director Nate Parker whose film "The Birth of a Nation" had generated a huge amount of Oscar buzz until an uproar grew over a serious incident in his past.
Parker describes how the message of "The Birth of a Nation" resonates today and why the slave revolt teaches a "riotous disposition toward injustice" 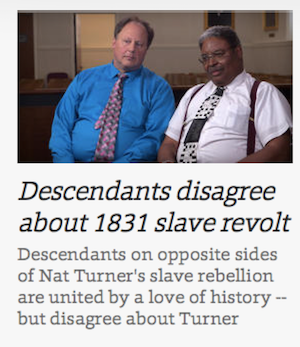 New Yorker:  Nate Parker’s retelling of Nat Turner’s rebellion does not succeed as art or as propaganda.
“The Birth of a Nation” is not worth the efforts of its defenders. It’s hard even to call it a successful attempt at propaganda. The early euphoria surrounding the movie was prompted by the way it seemed to answer the demands of its time, sublimating the eye-for-an-eye Old Testament ethos of such fiery agitators as Stokely Carmichael and Elijah Muhammad into the safer precincts of the screen. That fire was checked by a different political imperative: the need to listen to and respect the stories of women who have suffered at the hands of men. The first telling of Turner’s story was prompted by fear—a political force, yes, but also a primal feeling, as palpable today as it was almost two hundred years ago, in Southampton County.
The propaganda of 'British values' is a distortion of history — Rapper Akala
Rare photo of Lincoln’s inauguration — long lost — up for sale at Sotheby's 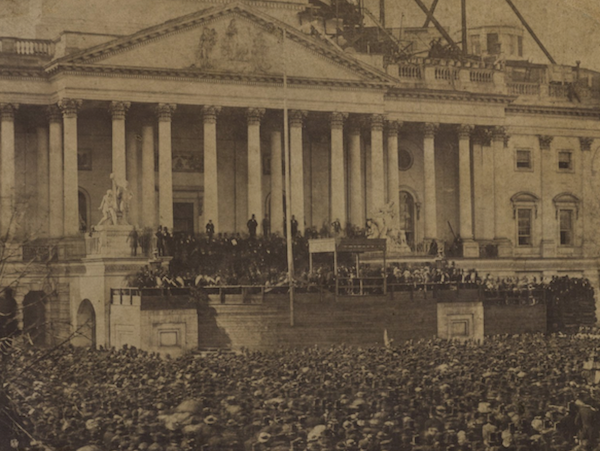 "American Experience” telling "The Battle of Chosin"
On Thanksgiving Day 1950, American-led United Nations troops were on the march in North Korea. U.S. Marine and Air Force pilots distributed holiday meals, even to those on the front lines. Hopes were high that everyone would be home by Christmas. But soon after that peaceful celebration, American military leaders, including General Douglas MacArthur, were caught off guard by the entrance of the People’s Republic of China, led by Mao Zedong, into the five-month-old Korean War. Twelve thousand men of the First Marine Division, along with a few thousand Army soldiers, suddenly found themselves surrounded, outnumbered and at risk of annihilation at the Chosin Reservoir, high in the mountains of North Korea. The two-week battle that followed, fought in brutally cold temperatures, is one of the most celebrated in Marine Corps annals and helped set the course of American foreign policy in the Cold War and beyond. Incorporating interviews with more than 20 veterans of the campaign, The Battle of Chosin recounts this epic conflict through the heroic stories of the men who fought it. Produced and directed by Randall MacLowry and executive produced by Mark Samels, The Battle of Chosin premieres on American Experience on Tuesday, November 1, 9:00-11:00 p.m. ET (check local listings) on PBS.
NYT hails the reissue of a Civil War classic
The cover of the Book Review on Oct. 30, 1955, was split in two. On one side, the historian Henry Steele Commager reviewed MacKinlay Kantor’s “Andersonville,” calling it “the greatest of our Civil War novels.” On the other side, Kantor himself wrote an essay about the more than two decades he spent researching and writing his densely peopled 750-page epic about the notoriously inhumane Confederate prisoner of war camp in Georgia. The book, which won the Pulitzer Prize in 1956, was recently republished in a new edition.
Ava DuVernay on Hollywood Racism, Modern-Day Slavery, and Why She’s Still an Optimist
On September 30, for the first time in its 54-year history, the New York Film Festival will kick off with a documentary film; The 13th, directed by Ava DuVernay, best known for 2014’s Selma, chronicles America’s history of racial subjugation. The movie takes its name from the 13th Amendment to the Constitution, which abolished slavery but included a loophole that exempted those guilty of crimes from freedom. The 13th, which will debut in theaters and on Netflix on October 7, uses archival images from before emancipation through the Jim Crow era and the civil-rights movement, as well as contemporary footage of police brutality against black men, and is threaded with interviews with scholars, lawmakers, prison-reform activists, and the formerly incarcerated. Meanwhile, Queen Sugar, the television show she co-produced and wrote (which is directed exclusively by women, including DuVernay), has broken viewership records for the Oprah Winfrey Network, OWN. Next up, Winfrey will star as Mrs. Which, along with Reese Witherspoon as Mrs. Whatsit, Mindy Kaling as Mrs. Who, and 12 Years a Slave’s Storm Reid as Meg Murray in DuVernay’s adaptation of the childhood classic A Wrinkle in Time. That movie, the first $100 million film to be directed by a black woman, will start shooting in November. And on September 24, the Smithsonian’s new National Museum of African American History and Culture will open with another new film by DuVernay, chronicling seismic events that have all taken place on August 28: Emmett Till’s murder, the March on Washington, Hurricane Katrina’s landfall, and Barack Obama’s acceptance of the Democratic nomination.
Rebecca Traister: This documentary tells the story of African-American history by focusing on how, since emancipation, black men have been criminalized, and thus dehumanized, by American law and practice. People of color are 30 percent of the American population but 60 percent of the prison population. What you do, though, is break down how we as a culture created those conditions. Tell me about your argument.
Ava DuVernay: There’s a clause in our Constitution that still allows for slavery to exist. Because we don’t live in a “slavery” era, folks don’t embrace imprisonment for what it is. But there’s an exception to the 13th Amendment, which literally permits slavery “as a punishment for crime whereof the party shall have been duly convicted.” And from that criminality clause arose a societal behavior, a collective consciousness about who was a criminal. More often than not, the folks labeled criminal were people of color. In particular, black men. We explore everything from the reasons why the link between race and criminality was manufactured to how it’s used for profit and power and political gain, all the way up until the current day. 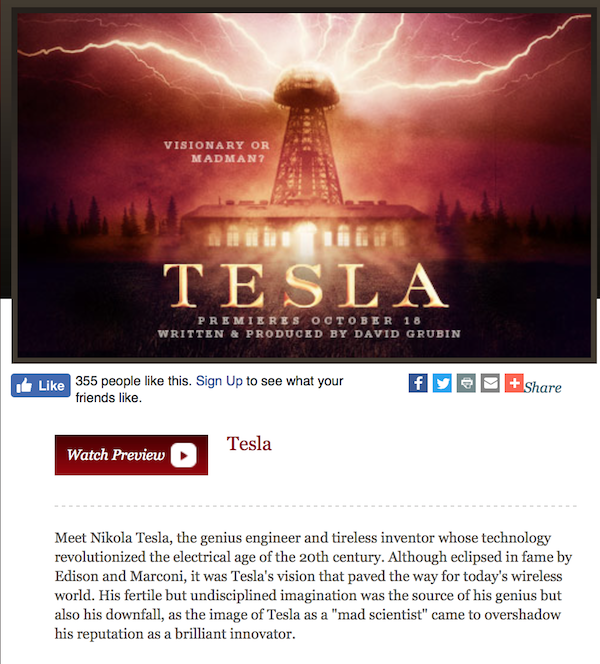 Stolen Van Goghs Found by Italy Cops
Italian police recovered two stolen Vincent van Gogh paintings—said to be of “priceless value”—during an anti-mafia operation in Naples, officials confirmed Friday. The two early van Gogh works—Congregation Leaving the Reformed Church in Nuene and View of the Sea at Scheveningen—were stolen from the Van Gogh Museum in Amsterdam in an infamous 2002 heist—listed by the FBI as one of the top 10 art crimes ever—and “appear to be in relatively good condition,” authorities said. It is unclear when the paintings will be returned to the Netherlands, but prosecutors intend to use them as evidence in a case against the Naples-based Camorra crime family. 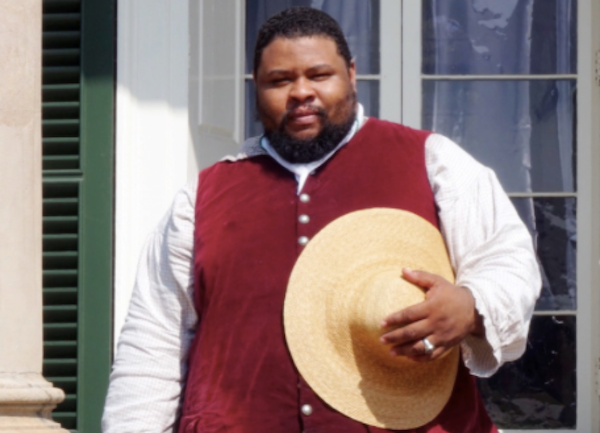 This historian wants you to know the real story of Southern food
Michael Twitty wants you to know where Southern food really comes from. And he wants the enslaved African-Americans who were part of its creation to get credit. That's why Twitty goes to places like Monticello, Thomas Jefferson's grand estate in Charlottesville, Va. — to cook meals that slaves would have eaten and put their stories back into American history.
A food historian, Twitty re-creates the meals slaves would have made on plantations using 18th-century tools and ingredients – some of which we eat today. Think leafy greens and black-eyed peas.
At Monticello, his presentation is part cooking show, part history lesson. For instance, what would happen if slaves ate the master's food? "You got the present of wearing an iron mask for several weeks, until you learned that that food did not belong to you," Twitty tells the audience. 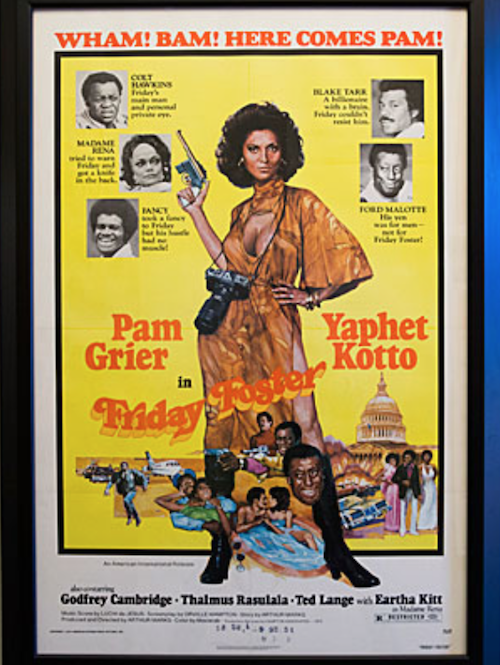 Henry Louis Gates, Jr. discusses Du Bois Medalist Pam Grier and "blaxploitation” movies in the 1970s
Pam Grier burst onto the scene as a star of “blaxploitation” movies in the early 1970s. While drawing criticism for promoting racial stereotypes, the films were praised by some viewers as empowering for their depiction of strong African-American characters. In the eyes of Henry Louis Gates Jr., the Alphonse Fletcher Jr. University Professor, Grier was “the most powerful and impressive image of a black woman to emerge out of the blaxploitation era.” Grier is among the recipients of this year’s W.E.B. Du Bois Medals, to be presented by the Hutchins Center at Sanders Theatre Thursday at 4 p.m., as well as the subject of a current Harvard Film Archive retrospective. Gates, set to interview Grier prior to HFA screenings at 7 p.m. Friday and Saturday, spoke to the Gazette about her indelible screen presence.
HARVARD GAZETTE: To start, can you briefly define the blaxploitation genre?
GATES: Blaxploitation was the name given to the first real flourishing of films about the black experience produced by black directors and white directors. So the black in the title was the subject of the film rather than the subjectivity of the director. It was a period in the late ’60s and early ’70s. It was the cinematic version of the Black Arts movement and the Black Arts movement was a cultural aspect of the Black Power movement, and it coincided with the birth of black studies starting in 1968, 1969. Really the blaxploitation era started then as well, more or less, and then went through the early ’70s, when interest petered out. 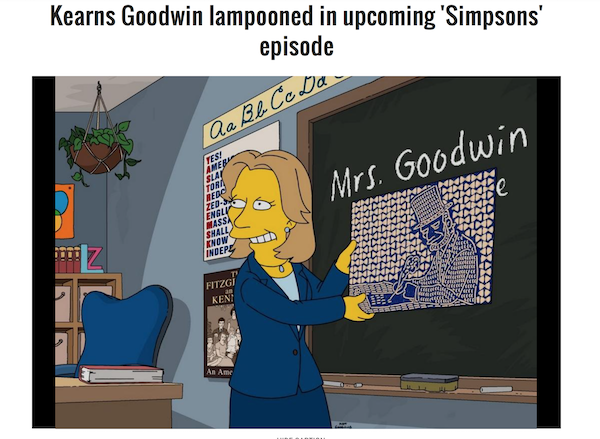 There’s the movie about Deborah Lipstadt’s trial against Holocaust Denier David Irving. And there’s also this:  her website.

Art, Sex, and Pride: The Secret Gay History of New York
‘Gay Gotham’ at the Museum of the City of New York includes the work of the well-known, like Warhol and Mapplethorpe, alongside others to show how LGBT artists in the city helped change culture forever.
Cruising on the street was still the most immediate, if risky, way to meet men [in the 70s], and scanning the strip of black-and-white photographs in the opening room of Gay Gotham: Art and Underground Culture in New York at the Museum of the City of New York, one sees a furtive microcosm of gay desire being played out in public long before our era of equality. 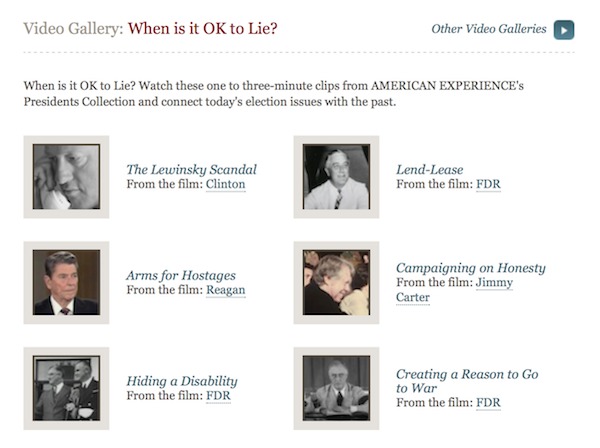