Did Shimon Peres Make a Difference? 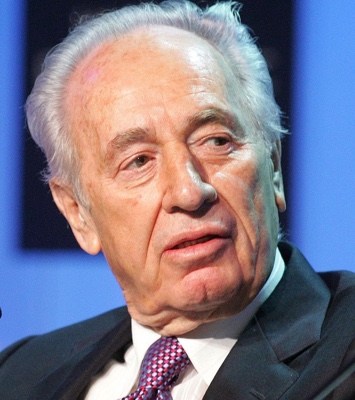 There is a long-running dispute in the philosophy of history as to the role of the individual in shaping history. On one extreme, we have Thomas Carlyle (1795-1881), the Scottish writer and historian, who elevated the individual's role in shaping events to an almost mythical level. He believed that history was shaped to a considerable extent by individual heroes. On the other extreme, we have Georg Wilhelm Friedrich Hegel, the German philosopher (1770-1831), and thinkers such as Karl Marx (1818-1883) and Herbert Spencer (1820-1903), who believed in forces and trends that went much beyond any individual in determining how history unfolded. They ascribed a limited role to the individual in shaping history.

Although the mythical view espoused by Carlyle would hardly fit him, there is no doubt that Shimon Peres is a vivid example that an individual can play an important role in shaping history.

Already by his twenties, Peres was one of the main architects of the special relations between Israel and France in the 1950s. During those years, he secured badly-needed weapons from France and was a central figure in designing and implementing the policy leading to the construction of Israel's nuclear power plant.  Peres was one of the main instigators leading to the creation of a military industry in Israel. It would be well-nigh impossible to write about Israel's national security policy in general, and with reference to the 1950s and early 1960s in particular, without mentioning the name of Peres as one of the principal individuals responsible for shaping it.

Peres was the right-hand man of Israel's first Prime Minister and Defence Minister, David Ben-Gurion. As such, he was afforded ample political support to pursue the policies aforementioned. Peres served as Director General of Israel's Defence Ministry and subsequently as Deputy Minister of Defence. He worked closely with Ben-Gurion, whom he deeply admired. Peres was fortunate to have a strong and dominant individual like Ben-Gurion as his boss and Ben-Gurion was lucky enough to have a resourceful and creative individual like Peres on his side. Indeed, this proves that propitious circumstances can certainly help an individual leave his or her mark on history. In this case, an individual who had a significant role in shaping events like Ben-Gurion created the right conditions for another individual like Peres to wield a considerable influence in molding reality.

Peres was for almost fifty years a Member of the Knesset (Israeli Parliament). He served, among other posts, as Minister of Defence, Foreign Minister, Finance Minister and Prime Minister. He was President of Israel from 2007 to 2014.

As Foreign Minister, Peres was the main driving force behind the Oslo Accord of September 1993 which brought about a mutual recognition between Israel and the Palestinian Liberation Organization (PLO) and the withdrawal of Israeli forces from areas inhabited by Palestinian Arabs in the West Bank and Gaza as an interim solution pending final-status negotiations. Indeed, Itzhak Rabin, who served then as Prime Minister, was somewhat skeptical that the secret negotiations taking place in Oslo would lead to an agreement. The Oslo Accord would have been politically impossible without the support of Rabin, but without Peres the negotiations leading to it would not have taken place.

As a consequence of the agreement signed with the PLO, Peres became very optimistic about the regional outlook. He wrote and talked about the emergence of a new Middle East in which peace and reconciliation would replace war and conflict and economic prosperity would spread all over the region. He went so far as to declare that the study of history would become irrelevant as history was the story of wars and conflicts and children in Israel would not be able to relate to it. He said to a group of Israeli children in 1994 that when they reached the age of eighteen they would not serve in the Israel Defence Forces, but rather in the Peace Defence Forces.

Although reality has proved him wrong in this respect, Peres continued to delineate a vision of peace and reconciliation, though gradually bereft of the fanciful notions that he espoused in the wake of the Oslo Accord. Having won alongside Rabin and the PLO leader Yassir Arafat the Nobel Peace Prize, Peres gradually became identified, both in Israel and abroad, with a dovish agenda. He was received all over the world as a messenger of peace. Peres was enormously popular in the chambers of power. He was the Israeli most people in Europe and North America liked to identify with: dovish, with an optimistic vision of peace, espousing an agenda of scientific ingenuity and technological progress. His suave and sophisticated demeanor enhanced the image he carefully cultivated, which so enchanted people all over the world.

Bearing in mind the obvious differences in character and circumstance, not unlike Richard Nixon, Peres, who had been a controversial political figure in Israel for many years, managed to re-brand himself into a coveted world-leader and popular fatherly figure in Israel during the latter part of his life.

Was Peres an Eventful or Event-making individual?

In a way, it could be argued that he was both. Although a singular person, Peres was hardly the almost mythical figure his admirers make him to be. Paradoxically, his deeds when he was a lesser known political figure in the 1950s and early 1960s make him an Event-making individual. Likewise, his role in the Oslo Accord, make him an Event-making individual. However, to claim that his whole life render him into an Event-making person would be rather simplistic. Peres was a larger-than-life figure, especially when he used to work behind the scenes and under the leadership of someone else who was willing to afford him freedom of action.