The Fall of David Cameron

Deepak Tripathi is a Fellow of the Royal Historical Society and of the Royal Asiatic Society of Great Britain and Ireland. 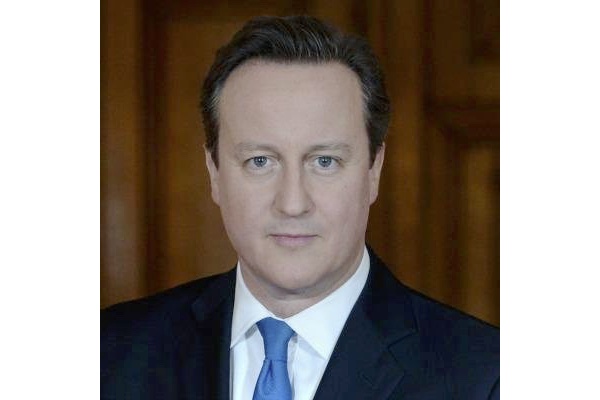 Prime Minister Harold Wilson, who dominated British politics in the 1960s, once said that a week is a long time in politics. The meaning of his famous remark is that political fortunes can change dramatically in a short time. Just one year after winning the May 2015 general election against the odds, Prime Minister David Cameron has suffered a spectacular fall. He is out of power and out of politics, having stood down as an MP with immediate effect on September 12, less than three months after he resigned as prime minister.

Cameron had been leader of the Conservative Party for ten years, and prime minister in coalition with the Liberal Democrats for six. When he appeared to be at the pinnacle of his career, having won a majority in the May 2015 general election, his luck ran out. Now, he is yesterday’s man. Much of Cameron’s legacy is being dismantled by his successor Theresa May. His record in office is under critical examination. His admirers are dwindling.

Two days after Cameron’s resignation as an MP, the House of Commons Foreign Affairs Committee published a highly critical report. It held him “ultimately responsible” for the collapse of the Libyan state, and the rise of ISIS after the Anglo-French military campaign with American help in 2011.

Remember, then Prime Minister David Cameron and President Nicolas Sarkozy were leading champions of military action in Libya, citing the principle of “responsibility to protect” – a principle endorsed by the UN Security Council as a means of last resort to prevent war crimes and crimes against humanity. Amid determined public calls for a western-led campaign against the Libyan leader Muammar Gaddafi, a reluctant President Obama gave in. The result was a NATO campaign which led to the overthrow of Colonel Gaddafi. Obama regrets the bungled Libyan intervention now.

The parliamentary committee’s report said the government of Prime Minister Cameron neither had accurate intelligence nor a coherent strategy for Libya after Gaddafi’s removal. The result, according to the report, was political and economic collapse, tribal warfare, widespread human rights abuses and the rise of ISIS in North Africa, fuelled by weapons which the Libyan army abandoned.

The initial objective of the Libyan campaign was limited to protect the besieged civilian population in Benghazi, protesting against Gaddafi’s rule when the Arab Spring swept across the region. After that objective was secured within a short time, the Foreign Affairs Committee’s report concluded, the United Kingdom “drifted into a policy of regime change by military means.” It became “exclusively focused on military intervention.” The decision was taken in France; the United Kingdom simply followed.

Insofar as Britain’s recent military interventions abroad are concerned, there are parallels between David Cameron and Tony Blair, prime minister from 1997 to 2007. Blair was heavily criticized in the Chilcot Inquiry, published in July 2016, for acquiescing with President George W. Bush to invade Iraq in 2003. The parliamentary inquiry into Libya found that David Cameron went along with the decision-making in France, with calamitous results.

Tony Blair, with George W. Bush, must bear the ultimate responsibility for the collapse of the Iraqi state, the emergence of al-Qaida in Iraq and more recently ISIS. Likewise, the parliamentary inquiry, in its final analysis, held David Cameron responsible for the disintegration of Libya. The policy created conditions for the birth of ISIS in North Africa, and for massive waves of refugees arriving in Europe. UK actions in Libya were described as “ill-conceived” by the inquiry chairman Crispin Blunt, a member of Cameron’s own Conservative Party. Cameron himself refused to testify. He said he was too busy to appear.

But the reason for Cameron’s fall from power was not Libya. He was a tactical, rather than visionary, leader, not able to stand up to dissenters in his party. He failed to secure a majority in the 2010 general election, and had to form a coalition government with the Liberal Democratic Party. In 2015, he won by a small majority in parliament on a manifesto pledge to hold a referendum on whether the United Kingdom should remain a member of the European Union.

His pledge was meant to placate the anti-EU faction in his Conservative party, and to counter the UK Independence Party (UKIP) led by Nigel Farage, a vehemently anti-EU and anti-immigration politician. Cameron’s lurch to the right on issues such as immigration, and his attempts to secure concessions from the EU, were tactics to maintain control, win the referendum, and stay in the European Union. He was over-confident that he was a winner, and would prevail in the referendum. It proved costly.

Cameron’s predecessors, Margaret Thatcher and John Major, had resisted calls for a referendum. In the 1980s, Thatcher’s frequent public arguments with the rest of the European Union over British contributions, and her assertions of national sovereignty, concealed divisions in the Conservative Party. Her successor John Major (1990-1997) often clashed with party rebels over EU membership, but would not contemplate another referendum. Major insisted that the membership issue was resolved in the 1973 vote. Cameron lost the gamble, because what was meant to be an electoral exercise about the EU became a vote on a wide range of policies under his prime ministership.

Now that Cameron has left the political scene, it is left up to Prime Minister Theresa May to manage the aftermath. But the recent history of the United Kingdom demonstrates that when a prime minister has dominated national politics for years, the tenure of their successor is difficult and short. James Callaghan (1976–1979) survived in office for three years before his defeat by Margaret Thatcher. John Major had a difficult time in office before his defeat in 1997 by Tony Blair’s Labour Party. And after Blair’s resignation, Prime Minister Gordon Brown managed to remain in office for three years before he was defeated in 2010.

The next general election in the United Kingdom is due in 2020. Whether Prime Minister Theresa May’s government can last until then is an open question.