Documentary tells how close we came to Armageddon in 1980
A new documentary focuses on the Sept. 19, 1980, explosion of one of the Air Force’s Titan II missiles in Arkansas—a Kafkaesque saga of human error and bureaucratic incompetence.
Nuclear Armageddon, or a reasonable facsimile thereof, remains a distinct possibility in the post-Cold War world, and that’s not just because Iran continues its bellicose saber-rattling and North Korea presses on with warlike weapons testing.
As documentary director Robert Kenner and investigative journalist Eric Schlosser chillingly demonstrate in their film Command and Control—which opens today in New York and, later, nationwide—it’s also because America’s apocalyptic arsenal is alarmingly accident-prone. 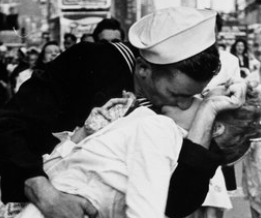 Greta Friedman, Who Claimed to Be the Nurse in a Famous V-J Day Photo, Dies at 92
Greta Friedman, who said she was grabbed and kissed by a sailor in a euphoric moment that made for one of the most defining American photos of the 20th century, died on Thursday in Richmond, Va. She was 92.
The cause was pneumonia, her son, Joshua Friedman, said.
The black and white image of a woman and an American sailor was shot by the renowned photographer Alfred Eisenstaedt on Aug. 14, 1945, after the news of Japan’s surrender effectively heralded the end of World War II. The photograph ran as a full page in Life magazine shortly after.
Black Freedom Fighters on the Silver Screen By Peter Wood
Peter H. Wood is an emeritus professor of history at Duke University.
A quarter century ago, teaching a Native American History class at Duke, I noted that enrollment spiked after the release of Kevin Costner’s blockbuster film about the post-Civil War West, Dances with Wolves. New students in that cohort were full of fresh interest and tough questions. Sometime soon, Fox Searchlight Pictures is rolling out a movie about Nat Turner’s 1831 Slave Revolt with the provocative title, Birth of a Nation. Though retired from the classroom, I find myself wondering whether another much-needed teaching moment is on the way.
We can’t know yet how successful—dramatically or commercially—Nate Parker’s new film will be. (So far, debates about sexual assault in the director’s past, and in his script, have dominated pre-release attention.) If nothing else, the movie will surely underscore how much has changed in the century since the appearance of a racist epic with the same title. That movie’s Kentucky-born director was undeniably a cinema pioneer, but D. W. Griffith believed deeply in the Lost Cause. His father, die-hard Confederate cavalry officer “Roaring Jack” Griffith, even took part in the futile effort to spirit Jefferson Davis to safety after Appomattox.
In Defense of Hamilton
[L]in-Manuel Miranda’s hit Broadway musical, Hamilton, brings to life the story of Alexander Hamilton and the history of his time. Yet many historians have met the pop phenomenon with skepticism; with its inaccuracies and simplifications, is Hamilton not doing greater damage than good? The short answer is a resounding “no.” In spite of its shortcomings, the musical deserves praise from the historical community. Here’s why:
#1 Tells a Human Story ... 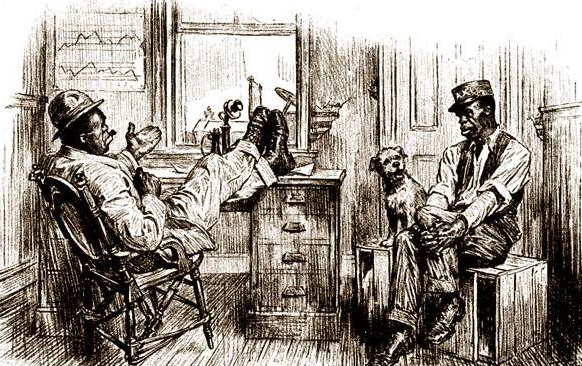 Illustrator J. J. Gould's 1930 drawing of Amos 'n' Andy for New Movie Magazine
The Tragic Tale of TV’s 1st Black Stars Is Being Retold for the #OscarsSoWhite Era
Imagine a show so popular that when it’s on, even movie theaters stop films midreel and broadcast it so that audiences won’t stay home. For decades in the first half of the 20th century, that is exactly what The Amos ’n Andy Show was.
During the heyday of radio, it was America’s most-listened-to program. Set in Harlem, the capital of Black America, and featuring nearly all black characters, the show was listened to by tens of millions of people every week, long before The Cosby Show became a No. 1 hit. But the radio show was voiced by white actors, and many, including the head of the NAACP, Walter White, hated its depiction of black Americans. When the popular show made the transition to television, black actors were hired, and for the first time, people of color were in starring roles on a show beamed into households across America.
It is this moment that award-winning screenwriter and director Trey Ellis is exploring in a table-reading of his new script, Holy Mackerel, which will be performed at the Montalban Theater in Los Angeles at a table-reading Sept. 17, the evening before the Emmy Awards, and starring Jesse Williams, Mykelti Williamson and David Alan Grier, among others. The reading is being produced by the Black List, which collects the most important unproduced scripts circulating in Hollywood.
Mel Gibson and the Triumph of Presentism Today
In 2000, Mel Gibson released The Patriot. On one level, one could view the movie as another stirring action story in the tradition of Braveheart. If the characters in the movie weren’t exactly historical that was OK; it was set in a real war with real locations and the good guys won. The movie wasn’t intended to be “the true story” of some specific individual or individuals, so relax and enjoy the entertainment.
There were certain caveats which rendered the escapism troublesome. Certainly the British didn’t fare too well as human beings. They were more in the tradition of Romans or Nazis in the Gibson universe. More troubling perhaps was Gibson’s presentism. Presentism refers to the retrojection of cultural values of the present into the past. It is the judgmental equivalent of having Washington use satellite imagery to locate the British troops or having Elliot Ness read Al Capone his rights. Typically, presentism is used to cast negative judgment against people in the past, to knock them off their pedestal, to take them down a notch, to make the judge, jury, and executioner of reputations in the present superior to the targeted person in history. It is not such much about setting the record straight as it is in being morally superior and self-righteous. There is no “walk a mile in someone’s shoes” or sensitivity in presentism. 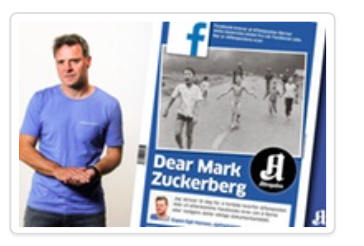 The Story Behind the 'Napalm Girl' Photo Censored by Facebook
The picture, taken by Associated Press photographer Nick Ut, has become an icon of conflict photography. The faces of collateral damage and friendly fire are generally not seen. This was not the case with nine-year-old Phan Thi Kim Phuc.
On June 8, 1972, Ut, who did not immediately return a request for comment Friday, was outside Trang Bang, about 25 miles northwest of Saigon, when the South Vietnamese air force mistakenly dropped a load of napalm on the village. As the Vietnamese photographer took pictures of the carnage, he saw a group of children and soldiers along with a screaming naked girl running up the highway toward him. Ut wondered, Why doesn’t she have clothes? He then realized that she had been hit by napalm. “I took a lot of water and poured it on her body,” Ut told TIME in an interview in late 2013. “She was screaming, ‘Too hot! Too hot!’”
WILL 'JACKIE' PUT NATALIE PORTMAN BACK IN ACADEMY AWARDS RACE?
Five years after Natalie Portman earned Best Actress at the Academy Awards for her frenetic role in Black Swan, the actor is back in the awards conversation for her portrayal of U.S. first lady and fashion icon Jackie Kennedy.
Jackie, a new biopic from Chilean director Pablo Larrain, chronicles Kennedy’s efforts to rebuild her life (and also depicts events prior to) after the assassination of her husband, U.S. president John F. Kennedy, in November 1963.
The film screened at the Toronto International Film Festival (TIFF) on Sunday and Tuesday to critical acclaim, with Portman earning high praise ahead of the Oscars next year. On Monday, Fox Searchlight picked up distribution for the film and set a U.S. release of December 9, which would put Jackie—and Portman—right in the heart of awards season.
comments powered by Disqus