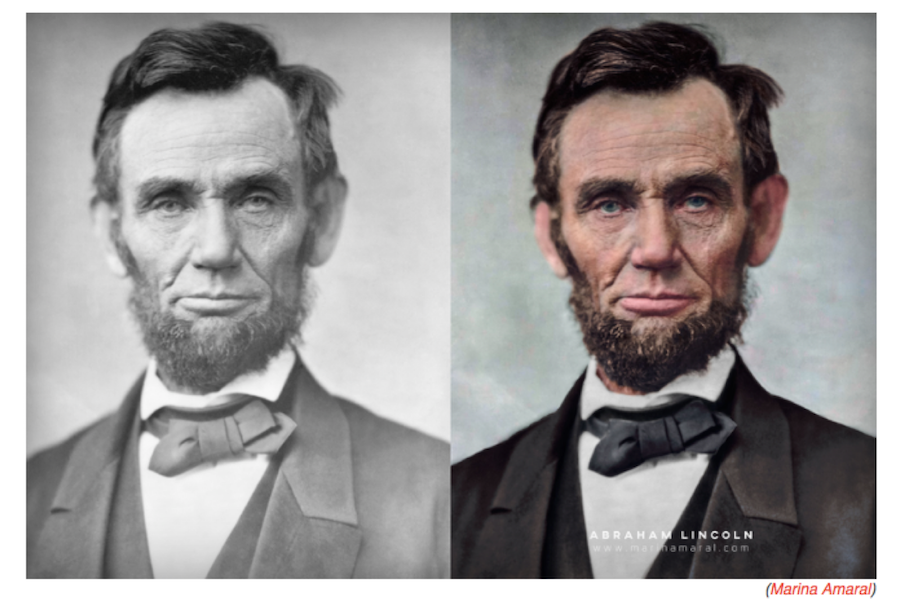 Brazilian artist makes history feel like the present with beautiful colorized photos
Yes, anybody can add color to old photos, but doing the job well remains a craft. Marina Amaral is a professional colorist. Her job isn't simply to add color, but to communicate an image's history. The Brazilian artist puts hours of research into her colorizations, contacting historians to get their expert opinions on the original colors of the subject material. Her projects often reflect significant historical moments like the coronation of Queen Elizabeth II in 1953, or the self-immolation of Vietnamese Mahayana Buddhist monk Thích Quang Duc in 1963, bringing a sense of modernity and immediacy to familiar images.
70th anniversary:  How John Hersey's Hiroshima revealed the horror of the bomb
At the end of this month [August] 70 years will have passed since the publication of a magazine story hailed as one of the greatest pieces of journalism ever written. Headlined simply Hiroshima, the 30,000-word article by John Hersey had a massive impact, revealing the full horror of nuclear weapons to the post-war generation….
The young Victoria most certainly did not fancy her fat, ageing prime minister By Jane Ridley
Jane Ridley’s Victoria is published by Penguin Monarchs.
According to ITV’s lavish eight-episode drama beginning on Sunday night, Victoria was infatuated with her first Prime Minister. Alone, eighteen and a political innocent, Victoria falls for Lord Melbourne from day one of her reign.
Convincingly played by the cool, husky-voiced Rufus Sewell, Melbourne protects her from the machinations of her tiresome German mother the Duchess of Kent and the charlatan Sir John Conroy.
Melbourne flirts with Victoria and dances with her, but he draws the line at the passionate clinch that she so desperately wants. Victoria becomes so besotted that she visits Melbourne at his home, Brocket Hall and proposes to him. He turns her down.
None of this is true. We would certainly know if Victoria was in love with Melbourne. By some miracle her journal for these years escaped the savage editing of her daughter Princess Beatrice, who transcribed the later diaries, cutting the interesting bits and burning the originals.
Victoria’s frank, vivid and detailed account makes it abundantly clear that she didn’t fancy Melbourne, let alone contemplate marrying him.
Ph.D. student, working with Globe theater, explores Elizabethan barbs
The Globe theater has given a Ph.D. student an opportunity to bring scenes of Shakespearean insult to the stage.
Miranda Fay Thomas had long been struck by the T-shirts and other merchandise featuring baroque Shakespearean insults to be found at Stratford-upon-Avon and Shakespeare’s Globe. And that led her to reflect on insulting movements and gestures within the plays: “Why is the thumb bite at the start of Romeo and Juliet worth getting into a fight over? What was so offensive about it? How did it become such a big deal?”
comments powered by Disqus