Matthew C. Sherman is Academic Director of Programs at the Institute for Political History, a non-profit educational foundation devoted to the promotion and study of political and policy history through research grants and the biannual Policy History Conference. He earned his doctorate in American history from Saint Louis University and specializes in the history of the American presidency. He is co-editor of Political Conspiracies in America: A Reader (Indiana Univ. Press, 2008) and has published in Civil War Historyand White House History.His current project, First Citizen of the Republic: Presidential Protection from Thomas Jefferson to Theodore Roosevelt, is in progress with an academic press. 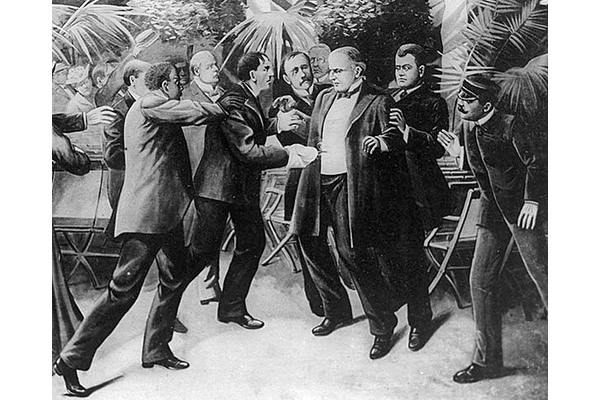 At a political rally in Wilmington, North Carolina on August 9, 2016, Republican Party presidential nominee Donald J. Trump suggested that gun owners deal with the matter themselves if Democratic Party presidential candidate Hillary R. Clinton is elected. She would, Trump told the audience and those watching on live television, “essentially abolish” the Second Amendment by nominating judges who support tighter gun regulations. Taking a quick breath for effect, Trump grimly warned, “If she gets to pick her judges, nothing you can do, folks.” He continued, clearly off-script and inspired by the mood of the audience, “Although the second amendment people—maybe there is, I don’t know.” If a casual observer read Trump’s comments on paper, they are seemingly innocuous. But Trump’s body language indicates otherwise. If we’ve learned anything about the “real” Donald Trump over the last year, his mannerisms, stilted way of speaking, eye rolls, and cadence are as important to his message as his words. 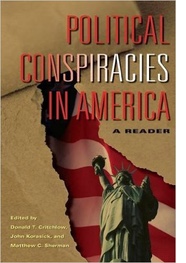 The implications of Trump’s comments are profound, and one is reminded of a similar episode that occurred months before the presidential election of 1900. Satirist and journalist Ambrose G. Bierce, known for his withering commentary, was no friend to President William McKinley. He opposed most, if not all, of McKinley’s policies, especially the Spanish-American War. Bierce’s criticism of McKinley seemingly reached a fever pitch in early in the months preceding the presidential election of 1900. After the assassination of Governor-elect William Goebel of Kentucky by an unknown assassin, Bierce famously penned four ill-humored lines in William Randolph Hearst’s New York Evening Journal on February 4, 1900:

The bullet that pierced Goebel’s breast
Can not be found in all the West
Good reason, it is speeding here
To stretch McKinley on his bier.

In Bierce’s defense, he was probably unaware—as were most Americans—of the serious threats made on McKinley during his presidency and the subsequent countermeasures deployed by members of his administration to safeguard the president’s life. The efforts to protect McKinley reflected a tradition of presidential protection that began as early as 1807 and ended with the professionalization of presidential security during Theodore Roosevelt’s administration.

In 1807, President Thomas Jefferson and Surveyor of Public Buildings Benjamin Latrobe began building a high-stone wall around the southern portion of President’s House to ward off riff-raff and provide the third president with some privacy. In the midst of the Embargo Act Crisis one year later, they raised the height of the wall. Congress formed the District of Columbia Auxiliary Guard, the predecessor to the Washington Metropolitan Police, in response to violence in the District and an assault on President John Tyler in 1842. In 1852, President Millard Fillmore sought to arm the White House watchmen with muskets to protect the White House. During the Civil War, a conglomeration of Republican Party operatives, volunteers, mounted cavalry, soldiers, and Metropolitan Police protected President Abraham Lincoln. After the sixteenth president’s assassination, Andrew Johnson secured the permanent establishment of Metropolitan police officers at the White House.

Decades before Congress made it illegal to threaten the president in the mail, agents acting on behalf of President Benjamin Harrison creatively used the Post Office Act of 1872 to arrest those who threatened the president in the mail and also used mental health law to institutionalize those who sought to harm the president. The United States Secret Service guarded President Grover Cleveland and his family at his private home during his second administration (1893-1897).

These measures, along with threats on the president’s life, were kept quiet. For example, on one occasion, when the press reported in July 1900 that McKinley had been threatened by anarchists, the federal government did not comment on the matter. In fact, the president’s protectors did everything they could to stem the story because they discovered that there was a strong correlation between inflammatory rhetoric, actual threats, copycat threats, and potential attacks. As Wilkie presciently wrote to Cortelyou in August 1901, “I am not insensible to the fact that incendiary talk frequently results in serious action by some individual who may be suffering real or fancied wrongs at the hands of a person in power.”

But as Bierce would realize, words are powerful. On September 4, 1901, William McKinley was shot by Leon Czolgosz, a self-professed anarchist. Although Czolgosz acted alone and only cited anarchist Emma Goldman as his inspiration, Bierce’s words came back to haunt him and his employer. Competing papers dredged up and republished Bierce’s quatrain, and some papers, such as the New York Sun, blamed McKinley’s death on Bierce’s words. As for Hearst, he didn’t feel the full effect of Bierce’s words until he made a play for the New York governorship in 1906 as the Democratic Party’s candidate. President Theodore Roosevelt adroitly dispatched New York native and hatchet man Secretary of War Elihu Root to New York to deflate any momentum out of the newspaper magnate’s campaign. Root, speaking before a crowd in Syracuse, reminded voters about Bierce’s comments in the Journal six years before, noting that Hearst did not dismiss Bierce. Hearst eventually lost the election by a slim margin, and arguably, any aspirations for a presidential bid in 1908.

Unlike Bierce, though, Donald Trump is keenly aware of the threats and dangers that presidential candidates face on a daily basis because, as a “major presidential candidate” during the primaries and the Republican Party’s presidential nominee, he is guarded by the Secret Service in accordance with 18 U.S. Code § 879. Simply put, he should know better.

By making such remarks, Mr. Trump undoubtedly made the Secret Service’s job much harder in safeguarding the life of Secretary Clinton. Presidential campaigns always task the Secret Service’s protective workload capabilities, and the agency is already experiencing an incomparable number of threats because of the proliferation of social media, comment sections, and blogs. According to former Secret Service agent Jonathan Wackrow, in an interview on National Public Radio, “The utilization of social media to make anonymous threats is unprecedented.” Costs related to presidential protection, too, are likely to rise because of Trump’s careless comments. One is left to wonder if the staggering $123.5 million dollars earmarked for presidential candidate protection in the Secret Service’s FY 2016 budget will be enough, or if there will be a shortfall similar to what occurred in 2008 after the extraordinary number of threats made against Democratic Party candidate Barack Obama.

Not only do Trump’s comments demonstrate his lack of respect for the presidency, the troubling part is they substantiate evidence of his belief that violent rhetoric belongs in our modern political discourse. A cursory look at his comments during the GOP primaries where he belittled his opponents and encouraged supporters on more than one occasion to assault protesters at his political rallies confirms this conclusion. One can only hope that voters will remember Trump’s reprehensible and alarming statements at the ballot box on November 8, 2016 because, as Bierce and Hearst learned, words have power.