Why We Shouldn’t Be Surprised the Arab Spring Failed

Jonathan Adelman is a professor in the Josef Korbel School of International Studies at the University of Denver. 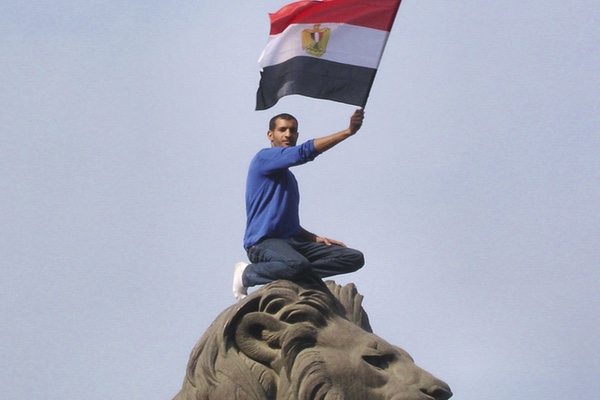 There is much written today about how the Arab Spring has disintegrated and dismally failed five and a half years after a Tunisian fruit vendor set himself on fire in December 2010. The talk today stresses the battles, the overthrow of autocrats, the Sunni/Shiite divide, the role of foreign powers, the rise of ISIS, the persecution of the Yazidis, the hundreds of thousands of civilian and military deaths, the beheading of ISIS enemies and the rise of Islamic fundamentalism.

All this is important for understanding the disaster that is the Arab Spring. But rarely do we hear in depth about the deeper historical causes of this disaster and failure to create democratic states, except possibly Tunisia. Yet the very name Arab Spring is historical as it reflects on the 1968 Prague Spring and the 1848 European Revolutions.

Unfortunately, history shows that many revolutions fail and those that succeed rarely build democratic regimes except over the very long run.

Take Russia and China. Both had a series of revolutions in the early modern era that bore some remote resemblance to the Middle East today. Russia had the 1825 and 1905 Revolutions, both of which were failures from which the Romanov Dynasty emerged triumphant in restoring the traditional regime. Then the 1917 February Revolution overthrew the Romanovs but failed to establish a democratic regime. Then, even worse, the 1917 October Revolution gave us the totalitarian Soviet Union for a mere 74 years. After that, the 1991 Revolution overthrew the failing Soviet regime but 25 years later still has failed to create a democratic regime but rather has maintained an authoritarian one under Vladimir Putin.

China, at the very early stages of modernity in the mid 19th century, had the quasi-modernizing Taiping Rebellion (1848-1864). It ended in disastrous failure, the deaths of 10-20 million Chinese and restoration of the Qing dynasty. Then the overthrown of the Qin dynasty in 1911/1912 failed to produce a democratic regime but rather chaos ruled for almost 15 years by local warlords. Next the 1949 Chinese Revolution brought not democracy but a one party Communist dictatorship which still rules in an authoritarian manner only 57 years later.

Even when the revolutions are successful and occurred in relatively modern European-influenced locales, the results are still discouraging save in the very long run.

The 1789 French Revolution led not to democracy but to an authoritarian revival in 1815 and further revolutions in 1830 and 1848. A democratic regime was finally established in the Third Republic in 1871, only 82 years after the first French Revolution -- and then largely by accident since the battle among three possible monarchical lines (Bourbon, Orleans, Napoleonic) could not be resolved.

The United States’ revolution is exceptional because it was foremost a war of national liberation and only secondarily a revolution. It still took until 1828 with the election of Andrew Jackson before all white males were allowed to vote. Slavery persisted in the South until the Northern victory in the Civil War in 1865  and the right of African Americans to vote freely until 1965. Women only gained the right to vote in 1920.

In addition to history, we need to look at economic backwardness, weak middle classes, the rise of Islamic fundamentalists, massive emigration of the minorities (especially Christians and Jews) and terrible level of corruption to truly understand the failure of the Arab Spring.

It was a noble failure, unfortunately, and as history shows, highly unlikely to achieve its goals save in the very long era.