The Boy Scout Litmus Test both Veep Candidates Had to Pass

Dr. Ben Jordan is Associate Professor of History at Christian Brothers University, and author of Modern Manhood and the Boy Scouts of America: Citizenship, Race, and the Environment, 1910-1930, published by the University of North Carolina Press. 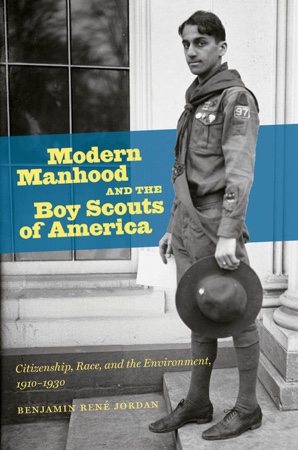 While it is not unusual in this or recent elections for candidates to advance Boy Scout membership or loyalty to the Boy Scouts of America organization as one part of their qualifications for being the President of the United States (Scott Walker, Martin O'Malley, Rick Perry, and Bernie Sanders have all done so), a range of political commentators have honed in on Scouting support or Scout-like personality as the defining characteristic and main reason why Donald Trump and Hillary Clinton have selected Mike Pence and Tim Kaine as their running mates. A Huffington Post blog by Jennifer Sabin encapsulated Pence as the smooth, humble "boy scout to Trump's pit bull," while Alex Altman’s Time magazine article argued that the “Midwestern Boy Scout” and steady ideologue was intentionally chosen as a contrast to Trump. A Vanity Fair article by Todd Purdum summed up the "squeaky-clean" Kaine as "the closest thing to a Mormon missionary, or at least a Boy Scout, that the modern Democratic Party can produce."

Presumably, other potential running mates with greater public recognition such as Chris Christie, Ted Cruz, and Elizabeth Warren were ruled out for failing the Boy Scout test and, therefore, being unable to balance the ticket for Trump or Clinton. An even more striking aspect of these assessments is the assumption, or mild accusation, that neither Trump nor Hillary Clinton have appropriate Scout-like qualities. Donald Trump appears too brash, aggressive, and extravagant to be a proper Scout. Hillary Clinton has been characterized by some critics as too abrasive or intent on gaining the ultimate political prize to meet the Scout's standards of friendliness and modesty. Trump and Clinton have both critiqued their opponent for not being honest and trustworthy, perhaps the most central Boy Scout character traits.

While using an adolescent youth organization as the standard of good character, political loyalty, and religious faith for the Vice Presidency may seem odd, the irony is that it is even more appropriate to equate the Presidency itself with Boy Scouting since the U.S. President is automatically appointed as the Honorary President of the BSA. By accepting this role and then hosting the first annual meeting of BSA national leaders at the White House in 1911, President William Howard Taft set a precedent for the office’s honorary leadership of the organization which every President of our country since has assumed.

Using Scout credentials as a campaigning tool, though, masks the disconnect between the partisan politics of the current Presidential election cycle and the actual heritage and original religious and civic teachings of the BSA. Early BSA leaders created and imbued its members with a modern vision of engaged but strictly nonpartisan citizenship. The first Scouts were taught to be active, contributing citizens for the greater good through doing a Daily Good Turn to those in need, Being Prepared to deliver relief in emergencies, and serving as guides for city-wide parades and patriotic celebrations. However, they and their adult leaders were explicitly prohibited from promoting a particular candidate or political party while in Scout uniform or when representing the BSA in any official capacity. Presidential candidates and governors from all political parties, national and local media outlets, and individuals from across religious and cultural divides showered praise and support on the early BSA for this nonpartisan civic vision. Thus, many of the first Scouts and the organization’s founders would have criticized the present-day use of Boy Scouting in political campaigning as soiling the organization’s integrity and its respect for the office of the President.

One of the most interesting 2016 campaign story lines in terms of Scouting politics and heritage is the effect that the choice of President will have on BSA leadership itself. If Hillary Clinton wins the national election, then tradition dictates that she be named the Honorary President of the BSA. Having been a long-time Brownie and Girl Scout in her youth, perhaps she is one of the better prepared of this year’s candidates for the conjoined responsibility to serve as honorary leader of the Boy Scouts of America. The Girls Scouts of the USA, who have successfully enlisted the First Ladies since Edith Wilson in 1917 to be their Honorary National President, would then face the choice of asking Bill Clinton to serve in that capacity. The election result may even be thornier for the BSA and its heritage, however, if Donald Trump wins. In the 1910s and 1920s, Boy Scout national leaders welcomed and incorporated boys and leaders from a wide variety of political and socioeconomic backgrounds, including diverse immigrants. Though it did not warmly embrace atheists, the early BSA’s new Twelfth Scout Law on reverence required boys and men to be respectful of those with different faiths and religious beliefs. Trump’s current platform seems to conflict significantly with both of these key tenants of early Scouting.