Religion Could Decide the Election of 2016 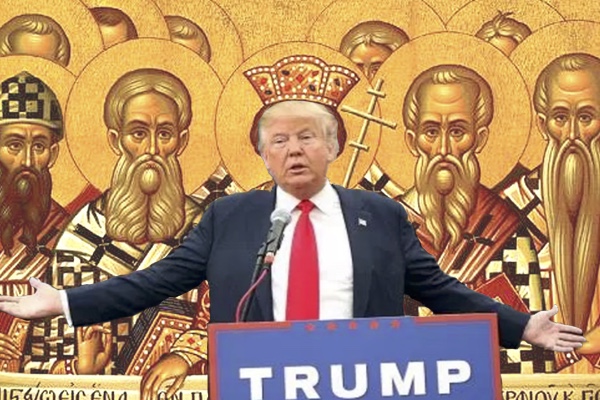 Religion always plays a very significant role in American politics, even though our nation promotes separation of church and state. Religion affects our social debate on such issues as abortion, gay rights and gay marriage, drug legalization, prison reform, and affirmative action. And when a Presidential candidate allows himself or herself to speak out in criticism of any specific religious group and its impact on America, that candidate is entering a thicket that is hard to escape from.

Such is the plight now faced by Republican Presidential nominee Donald Trump, with his suggestion that all Muslims be banned from the United States until the issue of terrorism can be dealt with in a proper manner. Trump has forgotten that we already have Muslims in America who are law abiding citizens, have relatives who are in harm’s way in the Middle East, and wish to see the possibility of these refugees finding a safe home in America, as many other ethnic and religious groups have in American history. There are Muslims in America who are American citizens who will certainly be likely to vote against Donald Trump with his nativism and racism representing a threat to these people who, in many cases, will suffer discrimination by Americans who are incited by Trump’s constant hateful rhetoric against Muslims.

But it is not only Muslim Americans who are antagonized by Trump’s attack on an entire religion. American Jews, for instance, are a group which has, historically, suffered from anti-Semitism, and are alarmed by white supremacist groups, which not only preach anti Muslim sentiment, but also denounce the Jewish population, who they claim are involved in a conspiracy against the American people. Former Ku Klux Klan leader David Duke is just the most notable such anti-Semite who has endorsed Trump, and we have not seen a word of criticism or denunciation from Trump, despite the fact that he has an Orthodox Jewish son-in-law. Already, about 70 percent of American Jews vote Democratic, but the expectation is that Trump’s association with anti-Semites will cause many more to vote Democratic, therefore likely increasing the influence of this religious group in key states Trump’s counting on: Florida, Pennsylvania, and Ohio.

Many Jews believe in social justice, and although concerned about Muslims in the Middle East who work against Israeli interests, still have the conscience that one must not label an entire religious group as the enemy, since they still have vibrant historical memories of what happened to Jews in America who were discriminated against for many generations. They still have a sense that they are, as a minority, in danger from extremists who wish to use religion as a weapon to gain public support from those who want to find a scapegoat for their own economic problems, and find it easy to blame Jews or Muslims.

There are also those in the Roman Catholic Church and in mainline Protestant churches who share the same social justice commitment, and are horrified by Trump’s willingness to demonize all Muslims, and to use fear and insecurity as a weapon to deny Muslims escaping persecution the opportunity to have a haven from poverty and personal danger. So the likelihood is that we will see more Catholics and mainline Protestants voting for Hillary Clinton, than one might ordinarily assume. The teachings of Christianity would motivate many to refuse to condemn an entire religion, and to work against the promotion of scapegoats as a way to gain public support for a Presidential candidacy.

And then, there is the issue of the Mormon Church (Church of Jesus Christ of Latter Day Saints), a religion that suffered horrible persecution in Missouri and Illinois on the trek to the “Promised Land” of Salt Lake City, Utah, and environs. Utah Senator Mike Lee has made reference to this in stating his refusal to endorse or support Donald Trump. As it turns out, while it is true that Muslims are just about 2 percent of the American people, about the same as American Jews, they are highly concentrated in the Mountain West states, which usually would be considered to be solidly conservative Republican states. Utah (60 percent Mormon) is believed to be a likely pickup by Hillary Clinton, with its 6 electoral votes. But Idaho with its 24 percent Mormon population, and 4 electoral votes is also a state that could switch on the issue of religious persecution and freedom. Wyoming, with a 9 percent Mormon population and 3 electoral votes is less likely to switch, but in a state with so small a population, who can say for sure? And with 4-5 percent of the population in Nevada, Arizona, and Montana Mormons could have an effect in a close race, with Nevada more often Democratic anyway but having 6 electoral votes; Arizona with 11 electoral votes and a large Hispanic population along with the Mormon population making it a battleground; and Montana with 3 electoral votes also possibly in play.

So we are talking here about a theoretical total of 33 electoral votes, or even if Nevada is conceded to the Democrats, a total of 27 electoral votes, no longer guaranteed to the Republican Presidential candidate. It is an alarming development, as Donald Trump needs to win “Swing” states and try to win some “Blue” states, and if he must worry about losing traditional Republican states, then we can say that any chance of Trump winning the Presidency is gone.

So Donald Trump, making an issue of victimizing an entire religion, seems likely to have raised the ire of not only Muslim Americans but also Jewish Americans, Roman Catholic and mainline Protestant Americans, and Mormon Americans, who are strategically significant in Mountain West states that used to be taken for granted by Republican Presidential candidates. The strategy of using religion as a political weapon is likely to backfire in a major way against Donald Trump in November.