The 1968 Police Shoot-out with African Americans that America Forgot

James D. Robenalt is the author of January 1973, Watergate, Roe v Wade, Vietnam, and the Month That Changed America Forever (Chicago Review Press 2015); The Harding Affair, Love and Espionage During the Great War (Macmillan 2009); and a contributing author to The Presidents and the Constitution: A Living History (Gormley, ed., New York University Press 2016). Robenalt lives in Shaker Heights, Ohio, and practices law in Cleveland.

Exactly 5.6 miles east of where Donald Trump will accept the Republican Party’s nomination for president of the United States is a place where almost 48 years ago, on July 23, 1968, black nationalists armed with rifles engaged in a bloody shoot-out with police. The police say it was an ambush; the African-American men said the police started it. The mystery of the origin of what is said to be the first prearranged shoot-out between police and heavily armed black men in the United States—labeled by one scholar as “armed, guerilla warfare,”—has never been fully resolved.

But what is clear is that a little over an hour after it began, seven people were dead, including three policemen, and fifteen others were wounded. In all, fifteen policemen were shot by snipers in a super-heated gun battle. Four days of rioting, known as the “Glenville riots,” followed. 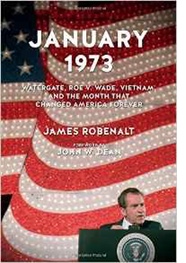 Almost half a century later, black snipers are killing cops again. The precise sparks for these attacks are different, but the underlying causes remain eerily and stubbornly the same. Long-simmering mistrust and animosities between police and the highly segregated African American communities they operate in have created a dangerous vortex for the violent resolution of societal ills that date back to the founding of our nation.

The historical reminders of the evil and destructive legacy of American slavery are to be found just blocks from where the Glenville shoot-out occurred. In an elaborate sandstone tomb in Lakeview Cemetery lies the body of the nation’s 20th president, James A. Garfield. Garfield, a native of northeast Ohio, was a Civil War general who fought to end slavery. Later as president, he supported universal education for freed slaves funded by the federal government, so concerned was he that African Americans would be reduced to permanent “peasantry” status after the war because of widespread illiteracy. His dream of pursuing his education programs was shattered when he was shot by an assassin less than six months into his presidency.

The cycle of racial violence in our nation is as predictable as it is recurrent. Repression leads to poverty, poverty to hopelessness and crime, crime to police intervention, often violent, and police violence leads to violent retaliation against the police. This is not to excuse any violence, but explain its genesis.

In Cleveland fifty years ago, the audacity of hope, to borrow President Obama’s phrase, seemed to have arrived. After years of intensifying hatred and conflict between the races, including the devastating Hough riots in the summer of 1966, a fresh start appeared to be on the horizon. In November 1967, Cleveland elected the first-ever black mayor of a major American city: the grandson of a slave, Cleveland native and state senator, Carl B. Stokes. City leaders and businessmen joined hands to support Stokes, who defeated Seth Taft, the progressive grandson of President William Howard Taft.

A new day had dawned, or so it appeared.

Stokes suffered some early missteps but found his footing by the spring of 1968, only to face a severe test when on April 4, 1968, Dr. Martin Luther King, Jr. (who had canvassed in Cleveland for Stokes’s election the year before), was assassinated in Memphis. Somehow Stokes kept things calm in Cleveland that night, while other major cities across the country erupted in violence, rioting and looting.

Bobby Kennedy, running for president, appeared in Cleveland the next day and addressed the venerable City Club of Cleveland, a nationally known citadel of free speech. He spoke of the “mindless menace of violence in America,” and asked: “Why? What has violence ever accomplished? What has it ever created? No martyr’s cause has ever been stilled by his assassin’s bullet.” He called snipers “cowards,” and said “an uncontrollable mob is the voice of madness, not the voice of the people.”

Dr. King’s death provided a moment of clarity for Stokes and one of his main advisors, a public relations genius named William Silverman, who had worked for the Taft campaign before Stokes won and hired him. Silverman convinced Stokes that this was an opportune moment to ask for local businessmen to pony up with real financial support for change—to join the city, the state and the federal government in funding a bold and aggressive initiative to root out poverty in the inner-city.

On May 2, 1968, the Cleveland Plain Dealer front-page headline read: “1.5 Billion Is Asked to Rebuild Cleveland.” Stokes called for an ambitious program, which he dubbed “Cleveland: NOW!” He proposed a 10-year plan to fund rehabilitative programs addressing chronic unemployment, neighborhood rehabs, low-income housing, youth development, community centers, health and welfare programs, and downtown revitalization. $177 million was to be raised in the first two years alone. It was a mini “Great Society” for Cleveland.

Everyone bought in. Funding started almost immediately through local foundations.

A man from Glenville named Fred Evans applied for a grant of $10,600 to help youth learn African arts and crafts at his Afro Culture Shop and Bookstore in nearby Hough. Evans, who went by the Muslim name Ahmed, was, like the recent Dallas and Baton Rouge shooters, a veteran of the military. He served with distinction in the Korean War and enlisted for a second stint after two drifting years in civilian life. He was court-martialed, however, when he struck an officer and it was determined by army doctors that severe head injuries Evans suffered while working on a bridge in Korea left him with brain trauma and personality disorders. He had difficulty controlling his rage.

Evans became a vocal leader of the black nationalist movement in East Cleveland, starting a group called “Black Nationalists for a New Libya.” He was harassed by police and his landlords, who saw the black militants he attracted as real and substantial threats.

Evans, by all accounts, used some or most of his grant from Cleveland: NOW! to purchase weapons, including high-powered rifles.

By July 23, 1968, Evans’s home in Glenville was under intense police surveillance because the FBI had been tipped off that Evans and his New Libya followers had stockpiled weapons with the intent to assassinate black leaders like Stokes in order to instigate an uprising.

Evans was visited just before the shoot-out by George Forbes, a city councilman, and Walter Beach, a former Browns player, who had pleaded for calm. Evans assured the two men he was going to do nothing, though he spoke of his deep anxiety over the two police cars that were clearly staking out his home. He worried that he and his followers were about to be attacked. Forbes tried to get the police cars removed, but by the time he spoke with Mayor Stokes an hour later, the shooting had begun.

Police say that around 8:30 P.M. a tow truck arrived to remove an abandoned car a block from Evans’s home in Glenville. Someone in the neighborhood called to have the car hauled away. The tow truck operators, dressed in what looked like police uniforms, were unarmed but came under fire soon after arriving. Police in surveillance cars around the corner say that about the time shots rang out at the tow truck operators, they observed Evans and approximately 16 other African American men emerge from Evans’s home, heavily armed with rifles and wearing cross-bandoliers of ammunition.

Evans said the police started the shooting and that this was not an ambush. He later said that the tow truck operators got caught in the cross-fire—wrong place, wrong time.

There has never been a definitive finding of how the shooting started, but it turned into an intense gun battle lasting for an hour, with total chaos breaking out as police in police cars rushed in to help fallen comrades and to combat snipers in a crowded and congested neighborhood. The toll that night alone: three police officers were killed, twelve injured (including one of the tow truck operators); three suspects were killed, one injured; one civilian killed, two injured.

That evening, Ahmed Evans surrendered to police, claiming that his rifle had jammed and that he had shot no one. “It was every man for himself once the shooting started,” he said, disclaiming any role in leading the assault.

The next day at a press conference, Mayor Stokes was asked about his relationship with Ahmed, which he had to acknowledge. Stokes and people in his administration had reached out to help Evans as a way to try to moderate the situation, offering assistance with his landlord problem. When Evans later admitted in custody that he had used Cleveland: NOW! funds to buy weapons, it was the death knell of Stokes’s ambitious program. Funding dried up and the program disappeared, almost overnight.

That fall, Richard Nixon won the presidency, mainly based on his “secret plan” to end the Vietnam War and his tough stance on law and order. His goal was to turn back the excesses of LBJ’s Great Society and to end many of the government programs that were at the heart of Johnson’s “war on poverty.”

Today, Glenville is a shambles. Evans’s home and the Lakeview Tavern next door have long since been razed. Evans was convicted of murder and sentenced to death, though his sentence was reduced to life in prison when the Supreme Court declared capital punishment, as instituted, unconstitutional. He died in prison a decade later from cancer.

Thus, as Donald Trump takes to the podium in Cleveland’s Quicken Loans Arena on Thursday night, a neighborhood where Olympian Jesse Owens was born will stand as a bleak and likely silent reminder that many blacks in Cleveland, as around the country, have once again been totally forgotten. The very conditions that have led to the continued cycle of violence in this nation between police and African Americans will remain largely unaddressed.

If anything, Glenville today is more of a wreck than it was fifty years ago. Republican administrations are not alone to blame; there is plenty of guilt on the Democratic side too. After Nixon began his counterrevolution, little has been done to address endemic poverty and racism. Indeed, Johnson’s “war on poverty” became Nixon’s culture wars.

One wonders about President Obama’s statement in Poland after the Dallas shootings that Americans should not be overwhelmed by fear of a return to 1960s-style chaos and that progress that has been made in racial relations since that time.

With conditions of urban blight so rampant, one has to ask how long these neighborhoods will remain quiet.