The Iraq Inquiry Committee will release a voluminous report on Wednesday about Britain’s role in the Iraq war.

The report, the product of seven years of work, is likely to be the definitive assessment of a conflict that is widely seen in Britain as the worst foreign policy blunder since the 1956 Suez crisis.

The war claimed the lives of 179 British troops, more than 4,500 United States service members and an untold number of Iraqi civilians; severely damaged the reputation of Tony Blair, who stepped down as prime minister in 2007; and continues to cast a shadow over Britain’s relations with the United States. 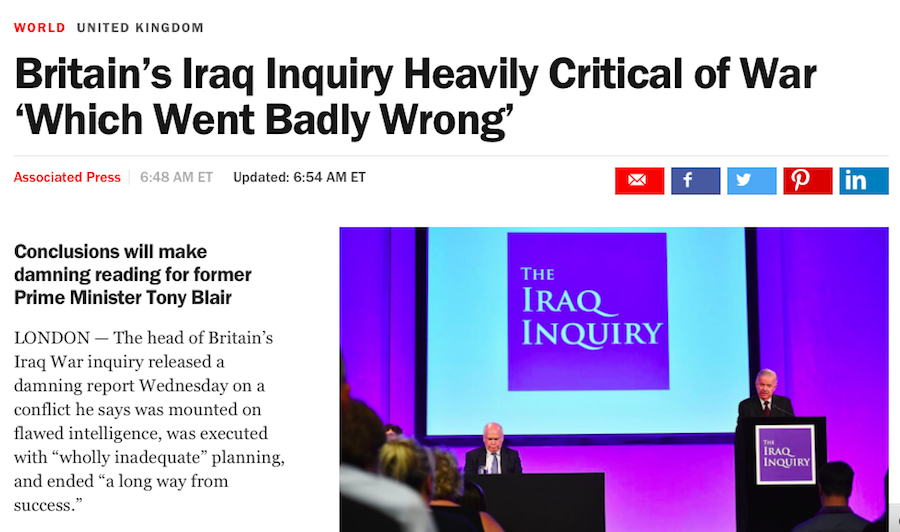