Each week we come across stuff that's weird. Sometimes it's horrifying. This is where we're sharing what we find. Make of it what you will! 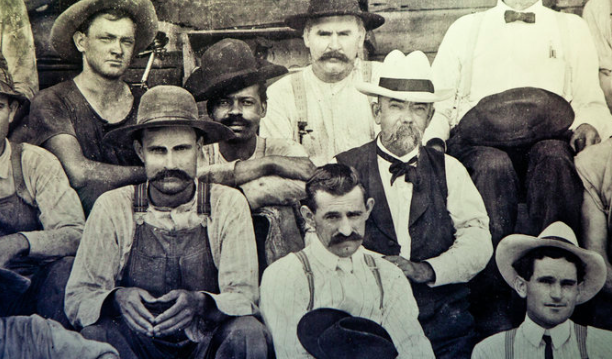 Jack Daniel’s Embraces a Hidden Ingredient: Help From a Slave
LYNCHBURG, Tenn. — Every year, about 275,000 people tour the Jack Daniel’s distillery here, and as they stroll through its brick buildings nestled in a tree-shaded hollow, they hear a story like this: Sometime in the 1850s, when Daniel was a boy, he went to work for a preacher, grocer and distiller named Dan Call. The preacher was a busy man, and when he saw promise in young Jack, he taught him how to run his whiskey still — and the rest is history.
This year is the 150th anniversary of Jack Daniel’s, and the distillery, home to one of the world’s best-selling whiskeys, is using the occasion to tell a different, more complicated tale. Daniel, the company now says, didn’t learn distilling from Dan Call, but from a man named Nearis Green — one of Call’s slaves.
This version of the story was never a secret, but it is one that the distillery has only recently begun to embrace, tentatively, in some of its tours, and in a social media and marketing campaign this summer.
The Nazi Amelia Earhart: She both praised Hitler and was appalled (or so she later said) when she heard the Germans were gasing Jews
Forget about the movies, TV documentaries, books, websites and rants all tilted toward the mythologizing of World War II. Forget them specifically because the mythos of those years shoots us well past remembering that these times were populated by real people making real decisions that still affect us in real ways today.
Case in point? The curious tale of Hanna Reitsch. Born in 1912, at a time when upward mobility for many women meant marrying well, Reitsch fully intended to become a doctor like her father. That was somehow derailed by what had been a side interest in aviation. A very nascent aviation, if you remember that the first international commercial flights didn’t start until 1919, and the famed American aviatrix Amelia Earhart didn’t start learning how to fly until 1921.
But combining her medical ambitions with what was becoming an overwhelming interest in flight, Reitsch resolved to become a flying doctor, sort of an early version of Médecins Sans Frontières, and in 1932 started learning how to fly. A learning curve that saw her soon setting world records and coming to the not-so-surprising realization that medical school was the last thing she wanted to do. The priority? Anything with wings and an engine. [But then she started flying for Luftwaffe.] …
“We should all kneel down in reverence and prayer before the altar of the Fatherland,” said Reitsch in October of 1945, according to The New York Times. And indeed, her seemingly non-nuanced take on National Socialism and her cozy view of those in high places helped her not only get awarded an Iron Cross by Hitler himself in 1941, but also partake in a particularly stunning conversation with Heinrich Himmler, according to her memoir, The Sky My Kingdom: Memoirs of the Famous German World War II Test Pilot.
"Who is Hitler's daughter?" Google app gets the answer to question spectacularly wrong
The surprisingly dark, twisted history of presidential impersonators in America
[P]residential impersonation — as entertainment, public performance — didn’t even exist for most of our country’s history.
It isn’t until the Coolidge administration that we get one of our first public tastes at an impression. And it went terribly awry.
That first brave attempt was made on the radio by Will Rogers, the most dominant comedian of his time (think Johnny Carson, Jay Leno and David Letterman all rolled into one).
In a 1928 broadcast, after a somewhat predictable monologue, Rogers included a few lines where he emulated Coolidge’s tight, wiry voice, riffing on the topic of American prosperity. But the idea was so novel and shocking that not everyone realized it was fake. Within days, Rogers was forced to explain and apologize.
“My Dear Mr. and Mrs. President, I find that due to my lack of good taste, or utter stupidity, that I have wounded the feelings of two people who I most admire,” he writes to Coolidge. “If you can see it in your heart, you and that dear wife of yours to forgive me, I will certainly see that it, or nothing approaching it, will ever happen again.”
Despite that promise, he made another run at it six years later, parodying Franklin D. Roosevelt on a radio program having an absurd conversation with a Soviet diplomat.
Again, almost immediately after, he wired an apologetic message to the White House.
comments powered by Disqus