Who in Their Right Mind Would Wish to be Donald Trump’s Vice Presidential Running Mate? 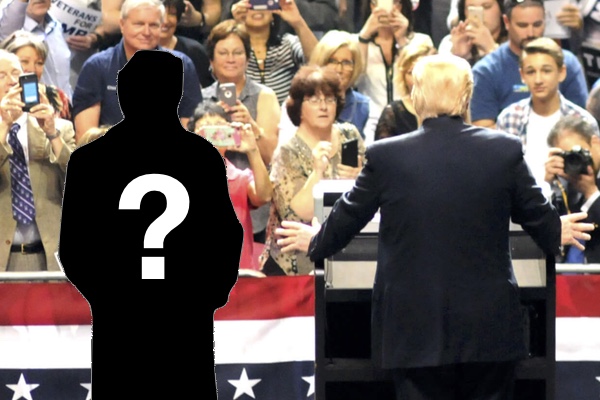 With Donald Trump showing signs of being mentally unbalanced, and his campaign rapidly becoming a “train wreck” the question arises who in their right mind would wish to be Donald Trump’s Vice Presidential running mate?

It seems likely that Donald Trump will have great trouble convincing anyone to take on the sacrificial role of being his sidekick in a disastrous election campaign. But certainly, there will be those who will not see what is happening, or because of personal ambition, will be willing to take on the challenge and the possible humiliation that will ensue.

This author would conclude that one of the following nine individuals is likely to be the Vice Presidential nominee for Trump—four Senators or former Senators; four Governors or former Governors; and one Congresswoman. It includes four women and five men, a very interesting list.

New Jersey Governor Chris Christie He has little to lose, as he has already broken his bonds to the party by his enthusiastic embrace of Trump, and with no future as Governor of New Jersey and possible further investigation on “Bridgegate,” why not go for the chance to gain some attention, and hope for a miracle to revive his long term Presidential hopes?

Former Massachusetts Senator Scott Brown He has been a “lap dog” for Trump, making it clear that he would do anything for him, including being his Vice Presidential running mate. But with a record of a short term in the Senate, and being defeated by Elizabeth Warren, Brown is not an asset, except for those who might admire his centerfold photos from thirty years ago. His good looks might help for a small group of voters, but really, that did not work with Sarah Palin, and would not make a difference with Scott Brown.

Oklahoma Governor Mary Fallin She is infamous for her handling of the capital punishment issue involving torture of an inmate who was executed, but she is ambitious enough to hope to have a national future, so clearly would agree to run with Trump if asked.

Tennessee Congresswoman Marsha Blackburn She is one of the most outspoken conservative women in the House of Representatives, and has made known her admiration for Trump, and would see the opportunity to be a running mate as something she could not turn down.

Florida Governor Rick Scott His career as a businessman before becoming Florida Governor makes him an ideal running mate for Trump, and it seems certain that if offered the opportunity to advance higher, he would gamble it, since he would not have to leave the Governorship unless he won the Vice Presidency.

Alabama Senator Jeff Sessions He is the first US Senator to endorse Trump enthusiastically, and remains his strongest supporter in the Senate, defending Trump on anything he says or does, so would be an ideal running mate, as someone who will not challenge Trump in any way.

Arkansas Senator Tom Cotton He is the youngest US Senator at present, and is extremely ambitious and aggressive, which makes him a great partner for Trump. He has a lot of conservative support, which Trump needs, as the major conservative journals of opinion, National Review and The Weekly Standard, bitterly oppose him.

Iowa Senator Joni Ernst She is a strong supporter of Trump, and reminds many of Sarah Palin, due to her often odd statements and lack of intellect. Her good looks cannot harm Trump either, since he always refers to the looks of women.

Former Alaska Governor Sarah Palin This would be stunning, but Palin was an early supporter of Trump, and continues to defend him, and would love to gain the national spotlight once again, since in many ways, she is a “reality star” as Trump was for many years, and still thinks he is today.

The most common tendency in the last half-century for the GOP has been to nominate either a member of the House of Representatives or a sitting governor of a state, rather than a United States Senator as three of my list are (Jeff Sessions, Tom Cotton, Joni Ernst). But only one of the people on my list is a member of the House of Representatives (Marsha Blackburn), and only three are sitting Governors (Chris Christie, Mary Fallin, Rick Scott). But “good looking,” something very important to Donald Trump personally, favors a former United States Senator of brief duration (Scott Brown) and a sitting Senator who reminds many of Sarah Palin (Joni Ernst). And of course, Sarah Palin is also on the list, although she’s thought to be highly unlikely to be the ultimate choice. Finally, only one Vice Presidential nominee in the past half century has been a contender for the nomination himself (George H. W. Bush), and the top person on my list (Chris Christie) fits that category. Of course, Trump might prefer his most ardent supporter in Congress, a sitting Senator (Jeff Sessions), who has been more out there for him than anyone. Finally, if Trump wishes to be “revolutionary” he would pick a woman (Mary Fallin, Marsha Blackburn, Joni Ernst, Sarah Palin).

At this point, the best bet would seem to be either Christie or Brown, but knowing Trump for who he is, one could imagine someone not on this list ending up as the Vice Presidential running mate.