Hillary Will Have Bill If She Becomes President, but She’ll Still Need a Powerful Vice President

Joel K. Goldstein, professor of law at Saint Louis University, is the author of The White House Vice Presidency: The Path to Significance, Mondale to Biden. 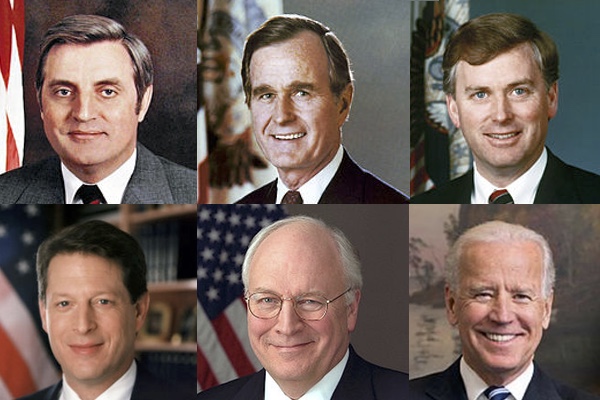 Some astute political commentators have argued that President Bill Clinton’s large shadow will likely make the position of vice president in a Hillary Clinton administration more like the peripheral position it long was than like the robust position it has been the last 40 years. Although President Clinton’s presence could present a challenge for his wife’s number two, history suggests that these prophecies of vice-presidential decline are premature and unlikely to become reality. The future’s path is always uncertain but recent practice suggests that President Hillary Clinton should continue the pattern of empowering vice presidents, and that she is likely to do so. 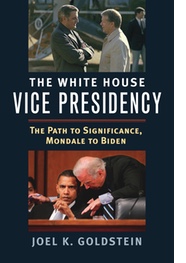 To be sure, the presence of Bill Clinton as First Spouse would present a unique situation. Not only is he the most gifted politician of his generation, but his service as a successful two-term president gives him a better sense of executive decision-making than virtually anyone else around. He would surely serve as a source of high-level advice for President Hillary Clinton and an international and domestic trouble-shooter, roles that mirror the vice-presidential role that has developed since Jimmy Carter and Walter Mondale created the White House vice presidency.

Yet Clinton’s vice president won’t be the first to encounter challenges to their influence. All recent vice presidents have. Mondale had no precedents to support the access to, and influence with, the President that developed. History counselled that such a role was impossible. George H.W. Bush had competed against Ronald Reagan for the 1980 presidential nomination. The Reagans, especially Nancy Reagan, were not enamored with the Bushes, and many Reaganites saw Bush and Reagan chief of staff, James Baker, as threats to their influence and sought to marginalize the vice president. Dan Quayle had to overcome negative impressions from the 1988 campaign. Al Gore had to contend with an ambitious First Lady and a White House structure early on that minimized the vice-presidential role. Dick Cheney had to handle the widespread comments that he, not President George W. Bush, was really in charge. Joe Biden had to overcome concerns regarding some campaign and early gaffes, stylistic differences with President Barack Obama and the awkwardness of having an employer his sons’ age. The last 40 years suggests that able vice presidents with political skills have been able to overcome obstacles and find important ways to contribute as general advisers and trouble-shooters. There is every reason to think that Hillary Clinton’s vice president, if a person of presidential quality, will be able to find a similar consequential role.

That is especially true because of the circumstances the Clintons and the new vice president will confront. The practice of the last 40 years, by three Democratic administrations and three Republican administrations, has created an expectation of vice-presidential involvement and has given the vice president critical resources (a West Wing office, frequent private time with the president, access to meetings on the president’s schedule and information, etc.) which are firmly entrenched. Moreover, the problems presidents now face, international, domestic, economic and political, are so vast that there is plenty of work for multiple people at senior levels. Bill Clinton’s presence provides an asset other presidents have not had but it need not, and should not, erode vice-presidential involvement. It’s a big world with lots of problems that land in the Oval Office and need attention at the highest level, more than one (or two) people can handle alone.

Only time will reveal Bill Clinton’s role in his wife’s administration. Will he operate generally from the White House or often be in New York or elsewhere as has often been the case since he left the White House? Will he routinely attend high-level meetings, receive presidential documents, and have staff representation at various sessions? If not, his ability to participate in the manner a vice president does will be limited. Will Hillary Clinton’s inner circle see a reason to use Bill Clinton selectively to avoid diminishing her stature?

Finally, and perhaps most importantly, the history of the Al Gore vice presidency under Bill Clinton provides a powerful reason to believe that Hillary Clinton’s vice president will play a consequential role. The significance of Gore’s vice presidency has been understated for a number of reasons including the contributions he has made since leaving public office. But Gore was remarkably active and influential as vice president. Clinton chief of staff John Podesta called Gore the “first advisor in chief” in the Clinton administration and other White House insiders made similar comments regarding Gore’s across-the-board influence. Gore took on numerous important trouble-shooting assignments. His debate with Ross Perot on Larry King’s show helped turn the tide in favor of NAFTA, an important component of Clinton’s foreign and economic policy. His appearance at the Kyoto conference in 1997 helped salvage an international protocol on climate change.

Moreover, Gore took on more, on-going line assignments than other recent vice presidents. He was the administration’s leader regarding environmental and telecommunications policy. Gore’s critics can scoff all they want, but Gore understood the transformative power of the Internet and other information age technology when other political leaders still saw a future based on pencil and paper. Gore headed Clinton’s reinventing government initiative which reduced the size and cost of government and chaired a number of bilateral commissions, including one with Russia that played a critical role in cementing ties between the two nations.

Perhaps more often than any president, before or since, Bill Clinton publicly recognized Gore’s contributions during his presidency, often in effusive terms. Even after his personal relationship with Gore deteriorated, Clinton continued to credit Gore and his vice presidency with making important contributions to his presidency. Indeed, at a conference studying his presidency at Hofstra University in 2005, Clinton said that Bush should receive credit for utilizing Cheney just as he should for his reliance on Gore.

Hillary Clinton’s vice president will operate in a unique context with a First Spouse who is a former two-term President with Bill Clinton’s extraordinary gifts. Yet history suggests that situation need not and should not diminish the vice president’s role as an engaged, across the board, high-level adviser and trouble-shooter. Hillary Clinton is a keen student of government which should lead her to use, rather than marginalize, the human resources available to her, including both the vice epresident and the First Spouse.

Her vice president, like the last six, is likely to spend lots of time in the Oval Office and Situation Room, and in missions that matter, not simply extending condolences as the nation’s mourner in chief.