The Echoes of Nazism in Orlando 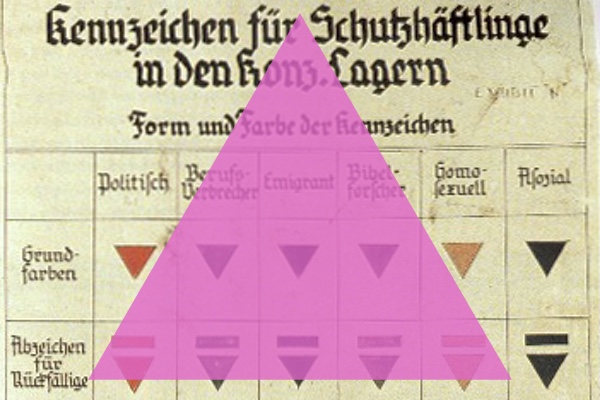 This June LGBT communities around the world have been commemorating the 47th anniversary of the Stonewall uprising, when gay people in New York City rose up in defiance against a police raid on a gay bar. This year’s festivities have undoubtedly been marked with great poignancy and even trepidation as no one who marches or observes a pride parade will forget last week’s massacre in Orlando. 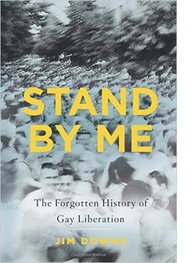 The memory of Orlando will, however, outlive the parade and even the participants. Violence committed against LGBT people endures in the collective, public gay memory long after the headlines cease and the vigils end. In the early 1970s at the height of gay liberation, LGBT people reveled in the hope of the Stonewall uprising but the memory of the persecution of homosexuals in Nazi Germany haunted them. Despite living in the United States decades after the violent slaughter of gay people in Germany, many LGBT people in America feared that the visibility that gay liberation engendered could also led to state-sanctioned violence against them. 1970s newspapers were replete with references to the mass murder of gay people during Hitler’s reign to individual stories of gay men being humiliated, stripped naked, pushed out in the cold, beaten, and then starved to death by Nazi soldiers.

Gay journalists and activists used metaphors related to Nazism to describe acts of violence and oppression committed against the LGBT community in the 1970s. They described, for example, the then largest massacre of gay people killed in an arson attack on a gay bar in New Orleans as "Hitler's Inferno." Gay activists also called the police "The Gestapo" and referred to political parties that were adversarial to gay issues as the "Nazi party."

Living in the heart of Greenwich Village in the early 1970s, Jonathan Ned Katz learned about this history by reading gay newspapers as well as a pamphlet written by two gay activists who provided the first account of gay persecution in Germany.  The pamphlet described the existence of a liberated gay community that began in Berlin in the late-nineteenth century and continued to thrive until Hitler came into power in the 1930s.  Katz read about how gay men were branded with pink triangles, sent to death camps, and then lined up and shot.  Learning about the history of violence against gay people in Germany inspired Katz to publish a play, Coming Out!, and later a book, Gay American History, about the history of homosexuality in the United States, since at the time no such book even dared to treat homosexuality as a valid subject of historical inquiry. Gay American History became in the words of fellow gay activist, Craig Rodwell, “The Bible of the gay liberation movement.”

Despite the fanfare of liberation in the 1970s, readers across North America and Europe also read a three-part series published in Toronto’s The Body Politic about Nazi persecution. The geographic reach of this series also revealed how LGBT people from various countries often found a common bond that transcended national borders. The history of Nazi persecution was not just a story about gay people in Germany but part of a larger genealogy that connected gay people around the world, which explains why today vigils for the victims in Orlando are being held throughout the world not just in Florida.

LGBT people will continue to celebrate gay pride in the future but the violence of the Orlando massacre will continue to terrorize them.  In the coming years, references to Orlando will no longer appear in the headlines or be mentioned at political marches, but its profound and deep affect on the gay community will be felt, just as the Nazi persecution of gay people has been remembered for generations.

Until recently, the history of Nazi persecution of homosexuality had not been included in traditional history books, but only remembered and documented by the LGBT community. The massacre in Orlando, however, has been the subject of numerous news stories and will hopefully not fall through the annals of history.

Even if the Orlando massacre does not appear as a footnote in American history books, the LGBT community will never forget it. When LGBT gather each June to commemorate the Stonewall uprising in pride parades held throughout the world, their intentions are not only to advance political causes but also to demonstrate their history and heritage to the outside world. Beyond the theatrical display of rainbow boas and shirtless men dancing to disco on decorative floats, LGBT parades are a stark reminder of the need for LGBT people to be visible in the face of the violence that continues to terrorize us even after the promise of gay liberation 47 years ago.

Attending a gay pride event or even standing on the sidelines is a way to avoid the historical erasure of the LGBT experience and to rebut the violence committed against us.