Why Do Humans Commit Extraordinary Evil?

Guenter Lewy, Professor Emeritus of Political Science, University of Massachusetts/Amherst, has published several books on the history of Nazi Germany including Harmful and Undesirable: Book Censorship in Nazi Germany (Oxford University Press, 2016). This essay is based on his recently completed book manuscript Why Did They Do It? The World of Holocaust Perpetrators. 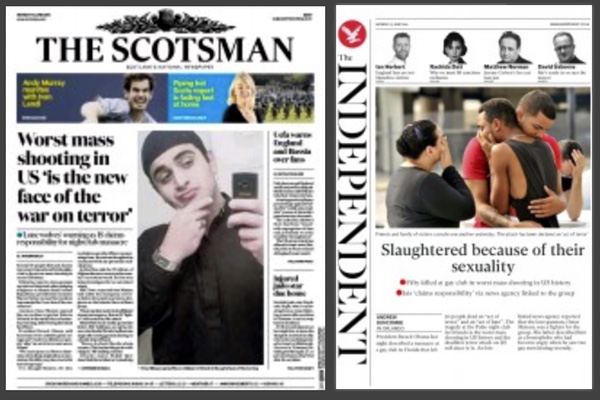 The horrible events that took place in Orlando a few days ago and cost 49 innocent lives, the cold-blooded murder of 130 Parisians by radical Islamists in November 1915, as well as the continuing hideous deeds committed by members of ISIS raise the question why humans, alone among the species, at times engage in mass killing of their own kind. We can find help in understanding this vexing issue by looking at the men who organized and carried out the Nazis’ attempted destruction of the Jewish people known as the Holocaust. To be sure, mass shootings like those in Paris or Orlando, inspired by radical Islamist ideas, take place in violation of legal and societal norms, whereas the massacres of the Holocaust were organized, directed and legitimated by the state. Nevertheless, both of these kinds of deeds involve the taking of innocent life on a large scale, something that challenges our most basic notions of human morality. Such monstrous deeds, we are inclined to believe, can be carried out only by monsters. 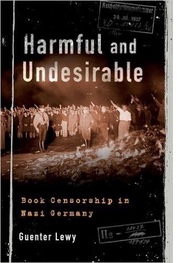 The pathological explanation of the Holocaust is the oldest but also the weakest. Clinical studies of the defendants at the Nuremberg trials in 1945-46, undertaken by several psychiatrists and psychologists, revealed that these men had no recognizable mental impairments that could account for the horrendous actions they had orchestrated. All of them knew the difference between right and wrong. The psychiatrist Henry Dicks conducted in-depth interviews with lower-level SS killers and reached the same conclusion. These men were not insane in any generally accepted clinical sense.

Human beings, evolutionary psychology has confirmed, have the potential for aggressive violence, but the universal capacity for doing harm does not explain why only some of us perpetrate extraordinary evil. There is no gene for genocide, and indeed we have an innate resistance to kill our own kind. What Steven Pinker has called the “better angels of our nature” generally subdue the demons of violence with which we are wired. The experiments carried out by the social psychologist Stanley Milgram have been held to prove that any people at any time can be made into murderers, but there are crucial differences between the Holocaust and the circumstances of the Milgram study on obedience, These discrepancies undermine Milgram’s assertion that one could find enough personnel for a death camp in any medium-sized German city.

Attempts to find the reasons for the horrors of the Holocaust in certain specifically German factors fare no better. It is no doubt correct that German education, family life and schooling encouraged an attitude of discipline and obedience to authority. Nazi ideology capitalized on this posture by cultivating the duty of absolute obedience to the commands of the Führer, and many Germans were predisposed to embrace this outlook. Yet as it has been said, toilet training is not the key to genocide. Again we must ask why only certain Germans became the perpetrators of the Final Solution. We know that some men found ways not to participate in murder. There were opportunities to choose how to conduct oneself even in the most murderous environment, though relatively few availed themselves of this choice. (The argument of many post-war defendants that they had killed because otherwise they themselves would have been killed has been shown to be self-serving and false. The criminologist Herbert Jäger found that among 103 cases of individuals who asked to be excused from participation in the mass killings, not one suffered a harsh punishment, danger to life or limb.) The assertion made by Jonah Goldhagen in his book Hitler’s Willing Executioners that the Germans’ murder of the Jews is explained by a special  “eliminationist anti-Semitism” is contradicted by the fact that Croats, Lithuanians, Ukrainians, and other ethnic groups in Hitler’s formations murdered Jews at least as efficiently and often with more bestiality than did the Germans. The genocides of Cambodia and Rwanda are a reminder that mass killing is not the prerogative of a special kind of German.

The number of those who were the actual killers in the Holocaust—whether in mass shootings or in extermination camps like Auschwitz—was in the tens of thousands, and about 14,000 of these men were tried by Allied or German tribunals. Archival evidence allowed the courts trying Nazi criminals to check and cross-check what the defendants chose to tell or remain silent about. The record of these proceedings revealed not only important details of the killing process but also produced valuable information about the minds of the defendants and the mainsprings of their actions. These materials help us understand why these men carried out their horrible deeds, and this knowledge has confirmed the insights of social psychologists, which illuminate the dynamics of participation in large-scale atrocities.

Being in a group diffuses responsibility and members of a group may become capable of conduct of which they are incapable individually. Identification with a group also increases a judgmental attitude toward others, which in extreme cases can lead to dehumanizing the “other.” For many men, Christopher Browning found in his study of Police Battalion 101, the Jews stood outside their circle of human obligation. They were the enemy whom they felt justified in killing. Following orders strengthens the tendency to conform to the behavior of one’s comrades. When commanded to do a certain act, the individual does not see himself as personally responsible. Habituation also plays a part. Actions that become routine no longer give occasion for moral deliberation.

The conclusion that we are left with is that there was no unique murderous Nazi personality. The killers came from various backgrounds, had different psychological attributes, and acted out of a variety of motives. Some ardent Nazis indeed killed eagerly, enjoyed being masters of life and death, and developed a capacity for brutality. Others killed out of a sense of duty, to advance their careers, or followed orders to kill because it was the easy way out. Still others refused to murder. Individual cases show a gulf between the situation, which offers an opportunity, and the deed itself. A small unpredictable factor remains, defying explanation: the freedom to act with violence or to refrain from it. Human beings are not captives of either psychic forces or outside circumstances, and this finding holds true for the Germans under Hitler as well as for today’s Islamist terrorists. As the ISIS expert Peter Bergen concluded in a recent essay dealing with the questions of why terrorists commit terrorism, it is in the nature of evil that it is ultimately not fully explicable.