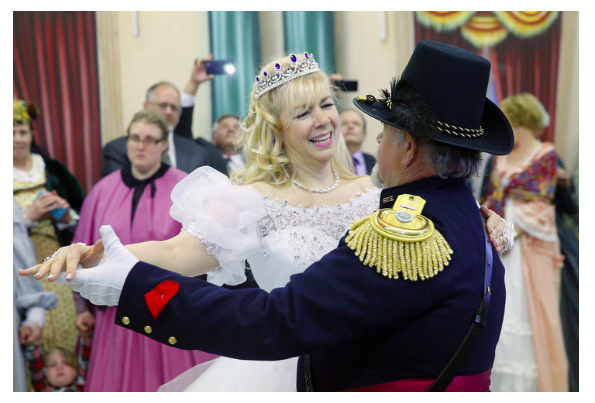 This N.J. couple staged their wedding as a Civil War re-enactment
Union and Confederate soldiers stood by side-by-side, furiously fumbling for their smartphones in order to snap a photo of Les Salsbury and Luanne LaRose.
The couple, who are avid Civil War re-enactors, were able to bring members of opposing Civil War armies, as well as civilians, southern belles, current military personnel and even two women in kimonos together for their "1864 Reception" at the Holcombe-Jimison Farmstead Museum in Lambertville….
[Bride Luanne] LaRose, whose career has taken her from singer in a rock band to police officer to a teacher, became involved in the re-enactment scene because her, daughter Jackeline, fell in love with the film "Gone with the Wind." For her daughter's 13th birthday, LaRose purchased a green Civil War-style dress reminiscent of Vivien Leigh's famed dress in the film.
Feck! A history of swearing from the very first F to the 21st C
The author of Holy Sh*t, A Brief History of Swearing, Melissa Mohr,  explains how swearing has evolved from Ancient Rome and Biblical times to today and even hints at what the future holds
Latin obscenity was in some ways much like our own, being based around sexual and excretory taboos. The Roman sexual schema was quite different from ours, however, leading to some distinctive swearwords. It was socially acceptable for a Roman man to have sex with anyone of any gender, in any way, as long as he was the active partner. To insult someone, then, a Roman would not use futuo (the Latin f-word) – he would more likely say “Pedicabo ego vos et irrumabo,” as the poet Catullus does to critics who have accused him of effeminacy. He threatens them with oral rape and anal rape, basically – he will humiliate them by putting them in the passive position. The worst insult you could throw at a Roman man was that he practiced cunnilingus – this was to be passive with respect to a woman, a shame almost not to be borne.
Galileo’s reputation is more hyperbole than truth (says Thony Christie, a historian of science)
If you ask people to name the greatest scientist of all time, many will most probably answer: Galileo. In the popular presentations of the history of science, he is portrayed as a one-man revolution, an intellectual superhero who dragged science kicking and screaming into the modern era. Even Stephen Hawking validates this view: ‘Galileo, perhaps more than any other single person, was responsible for the birth of modern science,’ he wrote in A Brief History of Time (1990). In popular books and websites, Galileo is regularly credited as the inventor of the scientific method, the first to apply mathematics to science, the discoverer of the first mathematical law of science, and on and on.
The descriptions sound too good to be true – and they are. Galileo’s vast reputation, and the hyperbolic accolades that go with it, are not justified by the real history. With a corrected perspective on the man comes a rich and compelling pair of questions: what did Galileo actually achieve, and where does the science superhero image come from?
Why do ancient Greek statues show men with small penises?
“Greeks associated small and non-erect penises with moderation, which was one of the key virtues that formed their view of ideal masculinity. There is the contrast between the small, non-erect penises of ideal men (heroes, gods, nude athletes etc) and the over-size, erect penises of Satyrs (mythic half-goat-men, who are drunkards and wildly lustful) and various non-ideal men. Decrepit, elderly men, for instance, often have large penises.”
The Invention that Tamed America, and the Town Obsessed with It
Could anything be less friendly than barbed wire? Its whole purpose is to deter, to turn back, to prevent both entry and escape. For 150 years it has stuck cattle, ensnared soldiers and encircled concentration camps. It is not a friend to living things. So why on Earth would the small town of La Crosse, Kansas, proudly proclaim itself the Barbed Wire Capital of the World?
La Crosse (population 1,289, or a crowded New York subway train) is obsessed with the devilish stuff. It plays host to the annual Kansas Barbed Wire Collectors Association Swap and Sell, as well as its showcase event, the World Champion Barbed Wire Splicing Contest, in which contestants race against the clock to try and repair a stretch of snapped wire. The town even contains the Kansas Barbed Wire Museum, displaying around 2,000 unique varieties dating back to the middle of the 19th century. 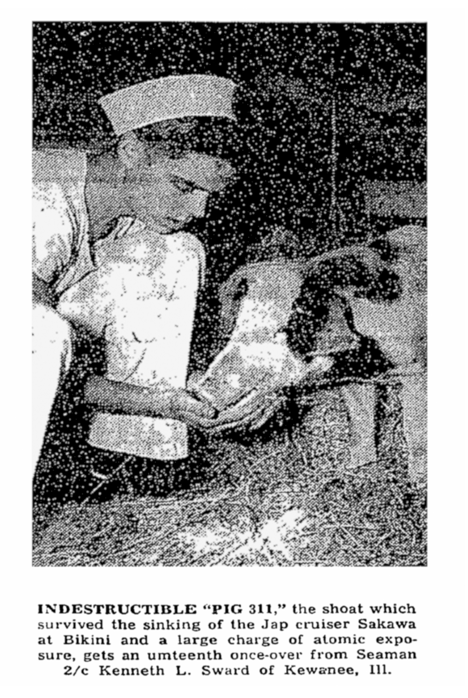 Pig 311 — The pig that survived an atomic bomb
Related Link Nagasaki, the atomic bomb and the radiated pig that haunts me
In 1946, under Operation Crossroads, the U.S. government exploded two atomic bombs at the Bikini Atoll, the beginning of a nuclear testing program that continued into the 1950s. Two Smithsonian scientists traveled to Bikini to participate in a biological survey of the area both prior to and after the tests. Smithsonian scientists also returned one year later, as part of the Bikini Resurvey, to continue their collecting in order to provide data for future researchers on the environmental impact of the atomic bomb tests. The specimens they amassed became part of the National Museum of Natural History’s vast collections.
This work did not mark the end of the Smithsonian’s involvement in Operation Crossroads. One of the planes that recorded radiation levels after the second, "Baker," blast, came to the institution and is on display at the National Air and Space Museum’s Udvar-Hazy Center. And the National Zoological Park became home to Pig 311, one of the few test animals to survive the first atomic bomb or “Able” test.
German Police Probe Britons' 'Hitler Salute' at Buchenwald
The head of the Buchenwald Memorial site on Thursday blamed growing right-wing populism in Europe for an incident in which members of a British neo-Nazi group appear to have performed a "Hitler salute" at the former concentration camp.
German daily Bild reported that a picture posted on a social media site linked to the group National Action showed a blurry image of two people holding the far-right group's flag, their right arms raised in salute. The photo was posted on the group's Twitter page. 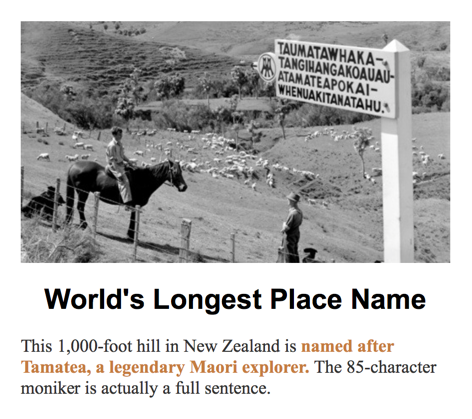 The Devastating Bombing You Never Learned About
“It was a lovely winter morning with a clear sky overhead. At 11:10 a.m., the earth shuddered violently.” So reads an official’s account of an otherwise unremarkable day in 1944. But what was very remarkable was the source of the shuddering: an explosion so fierce it left a crater 80 feet deep and a quarter mile wide.
The blast of an estimated 3,500 tons of high explosives took out a nearby water reservoir, swallowed a farm and some buildings and killed scores — with seismographs picking up the shock waves as far away as Rome and Casablanca. Just another day of war in Dresden or Cologne? No. To the shock of the Staffordshire countryside, Britain had just endured what the Ministry of Defense tells OZY was the “world’s biggest man-made explosion before the nuclear age,” and one with almost half the force of the following year’s atomic bomb in Hiroshima.
The first striptease in Paris was ...
On a spring evening in late-19th-century Paris, you might have heard, “To the Moulin Rouge! Onward! Long live the Four Arts!” Taxis filled with extravagantly costumed revelers would have been storming across town toward Montmartre.
It was the night of the Bal des Quat’z’Arts, the annual ball organized by and for the students of the École des Beaux-Arts, the most prestigious art school in France. All of artistic Paris emerged from its bohemian depths to revel in what Yale French professor Maurice Samuels calls “a wildly anarchic expression of subversive fervor.” By the end of the fete, partygoers typically found themselves stripped naked. In fact, the Quat’z’Arts was the setting for France’s first-ever striptease in 1893, which was led by the popular artists’ model Sarah Brown and eventually incited a dayslong street riot.
comments powered by Disqus