Bill Clinton Was Right: Blacks Supported the Crime Bill (And that Should Surprise No One)

Michael Javen Fortner is Assistant Professor and Academic Director of Urban Studies at the CUNY School of Professional Studies, Murphy Institute and the author of Black Silent Majority: The Rockefeller Drug Laws and the Politics of Punishment (Harvard University Press, 2015). 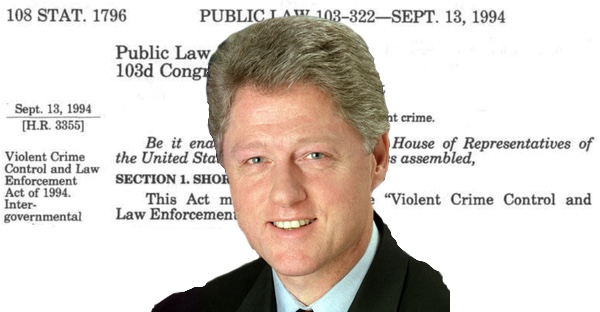 The Violent Crime Control and Law Enforcement Act of 1994 continues to dog Bill Clinton. Once dubbed the “first black president” by Toni Morrison because he “was being treated like a black on the street, already guilty, already a perp” during his sex scandals, the former president is now considered responsible for the over-policing and mass incarceration of actual black people. Of course, Clinton is not without a response to these damning charges. He harangued Black Lives Matter activists condemning the crime bill, explaining, “I talked to a lot of African-American groups." He added, "They thought black lives matter. They said take this bill, because our kids are being shot in the street by gangs. We have 13-year-old kids planning their own funerals." The grating condescension notwithstanding, he was correct about one thing: many African Americans supported his proposals. And that should surprise no one. 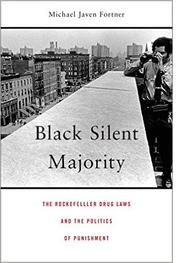 These tragedies not only affected its victims, but they also cultivated a culture of fear. In a 1994 Children’s Defense Fund survey of black children ages 11 to 17 over three-fourths listed school violence as a serious problem; 70 percent named guns; and 64 percent identified dangerous neighborhoods. These dangers also impacted the daily habits of many African Americans. A 1994 New York Times survey of New Yorkers revealed that because of this insecurity 72 percent of blacks “had avoided places they used to go.” Another 59 percent reported that they “go out less at night” and 45 percent said that they “ride the subway less.”

It is no wonder that many African Americans had started to embrace punitive prescriptions by 1994. In the General Social Survey, black support for the death penalty for individuals convicted of murder increased from 39 percent in 1980 to 53.5 percent in 1992. African Americans certainly supported rehabilitation more than whites and desired gun control. Many were also clear-eyed about racial disparities in the criminal justice system. According to a 1994 Los Angeles Times poll, 43 percent of African Americans believed that stricter laws and prison sentences would increase discrimination against minority groups. Still, concern about racism and liberal tendencies did not curtail black support for punishment. In that same poll, 71 percent of blacks said that juveniles who commit crimes should be treated as adults, and 67 percent supported proposals that would require “any criminal convicted of three violent felonies be imprisoned for life without the possibility of parole.”

Other surveys confirm these trends. In a Wall Street Journal/NBC survey, majorities of racial minorities supported adding 100,000 more police officers on the streets, allowing juveniles as young as 14 to be tried as adults when accused of a serious crime, and making more offenses eligible for the death penalty. A 1994 Time/CNN poll showed that, while only 33 percent of African Americans supported stop and frisk, 64.5 percent favored “life imprisonment for anyone convicted of three serious crimes” and 79 percent supported a 10pm curfew for children under the age of 18. Based her analysis of this survey, Katherine Tate, an expert on African American politics at Brown University, concluded that black opinion “favored the conservative elements of Clinton’s crime bill.”

These attitudes are not without historical precedent. In 1973, because of the death and devastation wrought by drug addiction and the heroin trade, African Americans in New York City embraced harsh solutions and supported the Rockefeller drug laws. Based on their poll of city residents, the New York Times reported that racial minorities “expressed the strongest fears about crime and also the greatest demand for stern measures to counter it.” Three quarters of African Americans supported life sentences without parole for drug “pushers” and three in five African Americans favored the imposition of the death penalty for some infractions.

Black New Yorkers were not alone. In a 1970 Black Buyers Survey of 2,000 urban African American households, significant proportions of respondents approved of both right-leaning “law-and-order” approaches and leftist remedies. Over 90 percent of respondents said that “better educational opportunities” and “better job opportunities” would be “very helpful” or “somewhat helpful” in curbing the crime problem. At the same time, over 80 percent indicated that “[keeping] offenders off the street and in jail” would be “very helpful” or “somewhat helpful.” A near majority of respondents also endorsed “tougher police policies.” Progressive sympathies of African Americans did not obviate their support for more policing and punishment.

To be clear, these attitudes should not be considered a justification for or the main cause of severe carceral strategies. Instead, they have always served as a compelling pretext for the actual text of draconian legislation: white politicians have exploited black suffering for political gain. Thus, to end the era of mass incarceration, we must combat racial injustice within the criminal justice system and respond to black panic, which has been used to justify modern penal policies. We must listen to African American voices, specifically their calls for both investment and greater public safety.