Timothy R. Furnish, PhD (Islamic history, Ohio State University) is a former college professor and consultant to US Army Special Operations Command who now works as an author, analyst and media commentator. He has written three books on Islam and one on Middle-earth—all available at his Amazon author page. 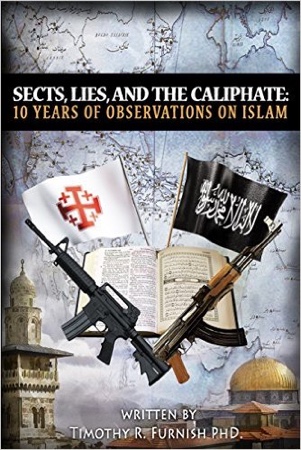 Donald Trump’s call to temporarily ban Muslim immigration to the US, floated last December, provoked a predictable firestorm of criticism both domestically and abroad, and recently the presumptive Republican nominee for President has moved to moderate his stance. Many if not most on the Left have not only dismissed his idea out-0f-hand, but condemned it as “racist,” while many on the Right support it. Contra the political extremes of both Left and Right, however, I think Trump has a point, if the plan were fine-tuned. Some Muslims should probably be banned (which almost certainly would be legal), but not all; and to differentiate those categories requires honest research and analysis, not emoting and propaganda. 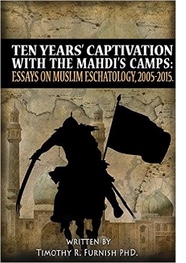 The starting point for this evaluation is whether adherents of the world’s second-largest faith are more prone to violence than those of other religions. Far too many liberals, and most Muslims of course, vehemently deny any such connection. But facts are stubborn things. Of the 59 groups currently on the US State Department foreign terrorist list, 41, or 69%, are Muslim. Every single one of the 82 groups on the United Arab Emirates’ terrorist list is Islamic. (Does that make the UAE “racist” one wonders?) There are 104 groups on the database of the University of Chicago Project on Security & Terrorism (CPOST), which tracks terrorism between 1982 and 2015; at least 80 of the groups therein, or 77%, are Muslim. Twenty-one of the top 25 groups whose members killed people in that same time-frame are Muslim. Also, in that 33-year period, suicide attacks by Muslims far outnumber those Christians, by 300:1. Yes, there was exactly one suicide attack by a Christian in the 33 years that CPOST has tracked the data. For more historical analysis of this topic, may I suggest my latest book Sects, Lies, and the Caliphate, as well as anything written by Raymond Ibrahim—in particular “Are Judaism and Christianity as Violent as Islam?” and “ ‘Scientific’ Claim: Christian Bible More Bloodthirsty than Quran.” The historical and empirical evidence is clear for anyone with eyes to see and ears to hear: Islam promotes violence against those not in its club (which, yes, often includes those who claim to be Muslims, as well) far more than any other belief system does against non-adherents.

But as the howls of “Islamophobia” begin to rise, let me add that not all branches of Islam are equally culpable for this global problem. As I argue at length in my aforementioned book (especially pp. 193-209), it is primarily Sunnism—the largest branch, alas—that promotes a literalist reading and application of the Qur’an and the Hadiths (the alleged sayings and practices of Islam’s founder, Muhammad). This means that canonical Islamic endorsement of beheading, stoning, and violent jihad, inter alia, must apply across space and time; they are not subject to, say, allegorical interpretation or chronological consignment to the 7th century AD. And such Sunni literalism has sunk deep roots: majorities of Muslims in many countries (according to Pew empirical data) support stoning for adultery and execution for “apostasy” (converting from Islam to another religion). This is why I said on a recent TV special that ISIS is indeed Islamic, and why it is so difficult for other Muslims to actually delegitimize it. However, wooden and, frankly, brutal Sunni literalism—which holds sway not only in terrorist groups but also in broader movements like Saudi Wahhabism and South Asian Deobandism—it is not the only understanding of Islam. There are minority sects of Islam which do not take the Qur’an 100% literally and are thereby not yoked to slavish imitation of the texts, with all their problematic repercussions: the Ahmadis of South Asia; the Isma’ilis, the second-largest Shi`a sect; the syncretistic Alawis and Druze of Syria and Lebanon; many Sufi, or Islamic mystical, orders (which are actually not sects so much as, in a sense, charismatic Muslims); and, believe it or not, the Twelvers—the Shi`is of Iran, Iraq, Bahrain, Lebanon and Azerbaijan—who unlike the Sunnis never abandoned ta`wil, or “(allegorical) interpretation” of the Islamic texts. All of these groups are, to varying degrees, persecuted by Sunnis in most places for their heterodox—if not downright heretical—views, at least from the Sunni perspective.

Note, I am not saying all sects are peaceful and Sunnis are always vicious. What I am saying is that Sunnis and their theology are far more often the problem, because a literal understanding of Qur’an and Hadiths is the only one allowed therein; sects, even Twelver Shi`is, allow for much more leeway in interpretation. Consider: only two of the groups on the US State Department list adduced earlier are Twelver Shi`i; ditto for the CPOST terrorist list. There are no examples of Ahmadi, Isma’ili or Alawi terrorists (although Alawis, in the guise of the al-Assad regime, do hold on brutally to power—largely in order to stave off the inevitable religicide that would ensue were they to lose to the Syrian Sunni jihadists). Twelver Shi`i Iran is a state sponsor of mainly Sunni terror, but in order to geopolitically hobble its enemies Saudi Arabia and Israel, not out of Twelver theological imperatives. Sufis can and have been violent in the past and today (they fight Boko Haram in Nigeria and al-Shabab in Somalia), but only one Sufi group—Jaysh Rijal al-Tariq al-Naqshbandi, which works with ISIS—is terrorist today.

In light of this data, a good argument can be made that the US should allow Muslim immigration—but primarily, and perhaps solely, from Islamic sects and not Sunnis. But the Obama Administration is doing the exact opposite. Between November 2015 and February 2016, just over 600 Syrian refugees were admitted to this country; 93% were Sunni, while just a handful were sectarians. In April of this year another 451 Syrians were brought in, almost all Sunni. (And not being covered in this article is the criminially-low number of Christians being admitted—under 1%.) Yes, ISIS persecutes other Sunnis, but far less cruelly, and less frequently, than it does Alawis, Druze, Isma’ilis (or, as noted, Christians and members of the Yazidi faith). If the US really wants to help those being brutalized by ISIS, members of those sects should be preferred—not just for the humanitarian reason that they bear the brunt of Sunni fundamentalist ire, but for the utilitarian, pro-American one that members of such sects will almost certainly not engage in terrorism on American soil. This same logic applies to any parts of the Islamic world whence refugees come to the US. Let in Nigerian Sufis, not Sunnis from the north who might be sympathetic to Boko Haram/ISIS’s “West African Province.” Allow for as much Ahmadi immigration to the US from Pakistan as we can. Pressure the Saudis to let Isma’ilis from Najran leave that oppressive Wahhabi Sunni kingdom and relocate here. According to 2011 Pew data, 65% of US Muslims identify as Sunni, 11% as Shi`i, and the rest as “other/don’t know.”

Let’s adapt Trump’s plan and put a moratorium on, or at least slow down, Sunni immigration and, instead, increase it for the Muslim sectarian populations. This would 1) help reduce the possibility of Sunni terrorists infiltrating among refugees, 2) succor those most truly being persecuted by their co-religionists, and 3) more accurately reflect (or redress the imbalance in) the extant Muslim demographic in the US. It’s a rational and compassionate response to a “yuuge” problem, which not only benefits Muslim refugees but also will help keep America safe.