Why I’m Optimistic About Our Future

This essay by a senior scholar-historian with all the credentials displays some optimism about our Future. It was stimulated by the interview with Professor Fritz Stern (HNN, Jan. 30, 2016) predicting an Age of Anxiety. A depressing column in the Wall Street Journal in February by Peggy Noonan found America divided into “Protected vs. Unprotected.” Here is a cautious rebuttal of total gloom sayers from across the continent. 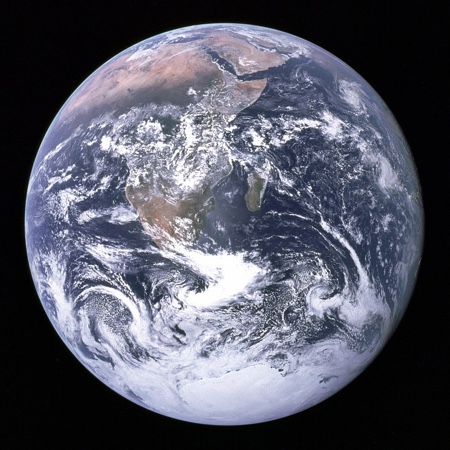 What kind of Future will Mankind—especially the American part of it—face? You know, in that distant Life, when we are old and gray—probably when most of today’s participants are gone? The question is obviously impossible to answer. Let’s take a hard look, anyway.

Many well-meaning commentators these days venture a prediction routinely: “The World is going to Hell!” “Islam is taking over, even in Europe!” “The U.S. has been getting so many immigrants from the South, Far East, and Islamic World, that the American Character is being tragically diluted.” There are even downbeat remarks about our federal government. (The year 2016 is becoming a time to judge fundamentals.)

An analysis of the passing scene by a Columbia University intellectual, Fritz Stern, concentrates on Europe with enduring memory of Germany’s trials of decades ago. The depressing title in Europe Online Magazine was “We are facing an Age of Anxiety.” The “right” is taking over, the proudly liberal interviewee glumly stresses. He emphasizes threats to democracy. Must we grant that pessimism is to be our companion, starting about now?

Said Stern (as quoted in HNN): “I think we are facing an age of anxiety, of widely disseminated anxiety, that is exploited by the right politically.” Freedom, he judges, is “fragile.” Maybe so, but Western Civilization came out ahead in World War II and the Cold War. It may keep on a winning streak.

A favorite columnist, Peggy Noonan of the weekend WSJ judges our public to be divided into two parts: “the Protected” and “the Unprotected.” If so, the rationale for pessimism is well along. The protected would be: those multi-millionaires, the high salaried, those with big inheritances, the propertied with no worries. The unprotected are the low salaried and the unemployed.

Yet many may not be among primary victims: veterans with long service, the aged collecting full social security, the retired on decent pensions, those helped by churches and relatives, and persons getting welfare in many forms. Then there are the institutionalized with their rent covered many different ways, those supported by charities, faculty and teachers, active duty military, police and fire personnel, and innumerable government workers at various levels especially those with pensions. These don’t seem unprotected, in my view, but many are “poor,” “handicapped,” “disabled,” “sick,” “forgotten,” “needy,” and other empathetic words. Many do get help!

This crazy election has upset mature Americans thus far. Thoughtful people are depressed. We want to resist smirks, swearwords, condescension, patronizing, distortion, rudeness, stupidity, and crude references to wealth tucked away by a TV exhibitionist who knows bankruptcy well. Meanwhile, we want candidates for high office to be men and women of good character.

Normally, an essay like this would begin with a long inventory of what’s wrong. Space will not allow it. We do know of the awful situation in the Middle East. Bombs, once stored away for “a rainy day,” are commonly in use, even by women and children, even in normally humane places where good people gather to commune. Some religions, instead of soothing and linking us with the hereafter, get susceptible ones in the mood to wipe out those with different beliefs! (Radicalized Islam is guilty as charged.)

Terrible conceptualizations (born possibly of viewing too many violent movies or reading gloomy prose) are being said to be our problems when they are science fiction, written for devotees. Movie and game creators should bear a heavy responsibility for making simulated violence seem “normal.”

The world we live in is changing, seemingly bringing new fears in many instances. Television as “major modernizer” is at its peak technologically, but it seems irresponsible in much of its content. Cellphones are everywhere, with addicted users making once indispensable telephone books irrelevant. But we do keep “in touch.” Deplore as we may, millions are getting “up to speed.”

Today, tablets and various devices vie with books, but they are augmenting. Recorders can play quality music for many. The stock market lists various companies whose functions are hard to describe, except that new and hopefully profitable “things” for somebody to get funded, while developing original activities.

A highway to daily pessimism is to have one’s perspective warped by innumerable news items in the media focused on “violence.” It seems to dominate the daily papers. Yet much not transitory is encouraging.

We have long since entered into a computer age, one which youth, from children on up, have entered and live in. Anyone with a device boasting computer characteristics can be better informed than most adults of the past. Being well educated isn’t all there is to enjoying “progress.” That people worldwide can cobble together college educations off campus should be emphasized when weighing the fate of citizens in the future.

As our children gravitate toward all the astonishing gadgetry that seizes their attention for seemingly endless hours, may we learn how to refocus them on interacting with the living companions who face them? If “apps” can inhibit communication between youngsters, maybe innovative ones can bring them together.

Through pictures and prose it seems that we have capabilities to demoralize and frighten youngsters. Yet at the same time, we have the wherewithal to enlighten, astonish, and educate vast quantities of people of every age—as never before.

Professor Stern’s native continent is now being forced to absorb hundreds of thousands of newcomers from vastly different cultures. All can worry with him that Western Civilization in its European form is going to be under attack by other cultures. But the culture we have won the hard way is a tough bird. It can absorb instead of succumb.

We must hope that freedoms rooted in our constitutional law will be surviving. Sharia law has no constructive role at all to play in Europe or America and must not be allowed to spread. Humankind, its female portion in particular, needs to be saved from it.

Given time, maybe today’s Russia can be persuaded to move away from policies rooted in using upheavals to advance their national interests. Our way of life is supposed to be rooted in tolerance and order. Can’t Orthodox Christianity move its adherents in that direction? As for communist China on the Asian continent, dramatic change does seem in the offing. Maybe we’ll witness a peaceful resolution of the long split in Chinese civilization between humanity and inhumanity—as capitalism expands.

India, Pakistan, Afghanistan, and Iraq surely have distant futures that may bring peaceful independence. Some ambitious Afghans are exiting--trying to create new lives far from home. It is in greater Africa that dramatic innovations rooted in radical Islam (under a variety of names) have become responsible for the death of innocents. It is getting difficult to live quietly on that victimized continent. There, entrenched dictators enlist immature children equipped with modern weapons. Meanwhile, new expenditures from giant private and government entities bring change.

Weighing on optimism about the future is global warming. But both people and wildlife will profit from coming changes in energy practices. Staved off may be flooding, crop failures, and suffering by species in forests and oceans alike. Of course, we need intelligent action.

The world is beginning to take seriously the violent byproducts of catastrophic climate change by at least talking formally about them. After all, the problems likely to accompany less rainfall and higher tides transcend national boundaries. Maybe this point can be conceded: global warming can spell disaster on the Planet if a variety of changes are not pushed forward forcefully—and soon.

Optimism is possible if we strive to find the right causes to support. (And avoid stupidity.) It is good there are innumerable youths among us who are looking toward future leadership roles. It is more than important, by the way, that we no longer depend primarily on masculine leadership.

It is easy for me, at least, to be optimistic about guidance that is impending from Black, Hispanic, and Asian men and women in America. University education across former boundaries is having some consequences. The medical, surgical, and healing arts are increasingly open to all. (What I wrote in these two paragraphs shored up my own optimism about “humankind.”)

We in America are a democracy; but we are also a republic. That means we have to take the responsibility to help bring to executive and legislative leadership the expanding female presence and the newly trained leaders from minorities who are rising among us. They will need opportunities to participate in a democratic manner and to represent society when aided by republican choice.

In summary of one aspect of my hopes, surely we can look forward to a more tolerant religious outlook worldwide? Much of Islam has only one way to go. Catholics lucked out with the arrival of an alert new Pope from across the South Atlantic, who brought communication skills and a willingness to change. Sri Lanka has progressed; Egypt has not; Kenya can; South Africa—who can say?

On nuclear weapons, we need to absolutely guarantee that they are stored under foolproof guard, to the end that they never show up in irresponsible hands. They must not get used. The notorious nuclear threat has gone down measurably in routine public notice, but it remains the same looming catastrophe it ever was.

As a public we do need to be attentive to The Future. While doing so, we need to cultivate a certain skepticism, rejecting for high office and barely controlled responsibility the zealot and the charlatan. While seeking ability let’s not be guessing about their integrity. In America, moreover, it is not a time for idle talk of “revolution.” Our specialists in social sciences and the humanities should be educating us away from impatient reliance on dramatic upheaval.

In this day and age, whatever the evils that seem to confront us, we have the capability through expanding technology to change and modify as never before. The optimism I have expressed here—rooted admittedly in hope—is dependent on the firm belief that much change is possible. Manipulating the future could actually turn out to border on routine—as we rely on the miracles that come with our emerging Technological Age.