How Conservatives Could Steal the Election 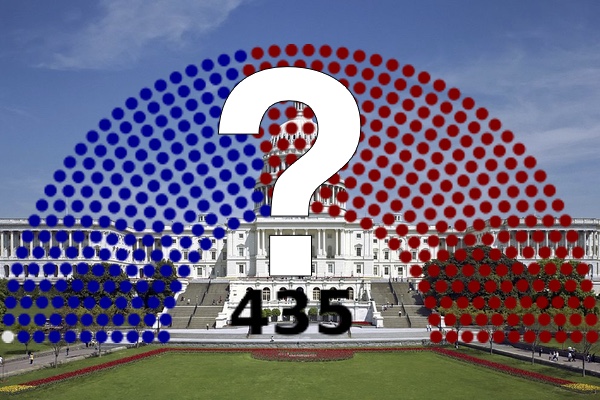 A new problem emerging in the Presidential Election 2016 campaign, now that Donald Trump has, apparently, evaded a “contested convention” in Cleveland in July, is the growing threat of a third party or independent movement from the Right, out to deny Trump or likely Democratic nominee Hillary Clinton the chance to win the required 270 electoral votes needed to win the White House.

This scenario of the House of Representatives choosing the President only occurred twice in our history, first in 1800, when the House selected Thomas Jefferson over his Vice Presidential running mate Aaron Burr, with the intervention of Alexander Hamilton; and the much more controversial case of 1824, when we had the introduction of white male suffrage for the first time, and four candidates divided the popular and electoral votes. The 1800 election was not seen as “stolen,” as Jefferson, with the assistance of Hamilton, was simply denying Burr the Presidency that he knew he was not competing for, and was trying to use the tied electoral vote as a means to rob Jefferson of the White House. But as a result, the 12th Amendment was added to the Constitution, setting up the conditions for the later controversial election in 1824. 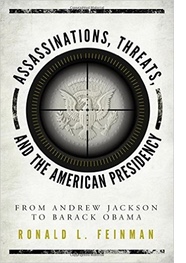 In 1824, Andrew Jackson had the most popular and electoral votes, followed by John Quincy Adams, William Crawford, and Henry Clay (although Clay had more popular votes than Crawford but fewer electoral votes). Jackson needed 131 electoral votes, but only gained 99, but was still ahead of Adams, the second place finisher, by 15 electoral votes. The top three candidates could be considered under the Constitution for support in the House of Representatives, which had more states in support of Adams, despite his second place finish, with the endorsement of Henry Clay, who hated Jackson and agreed with Adams on most issues. So Adams was elected President, although 38,000 votes behind Jackson, and with only 30.9 percent of the popular vote, compared to Jackson’s 41.4 percent, more than Abraham Lincoln had in 1860, and nearly as many votes as Woodrow Wilson had in 1912. Jackson declared the election a “corrupt bargain” and used the issue to defeat Adams in 1828, one of the most contentious and divisive elections in all of American history.

Now, news has emerged that the publisher William Kristol of the conservative periodical, the Weekly Standard, and other conservatives, unwilling to accept Donald Trump as the Republican nominee for President, are working to find a candidate to run as an independent. Mitt Romney, the 2012 Republican Presidential candidate, or Senator Ben Sasse of Nebraska, or Retired Marine Corps General and Head of US Central Command James Mattis are the most mentioned such candidates. Some have suggested Florida Senator Marco Rubio and Arkansas Senator Tom Cotton. The purpose would be to cause a split in the popular vote in the “swing states,” enough to prevent either Clinton or Trump from winning the required 270 electoral votes to become President. In that scenario, the House of Representatives would then vote state by state, one vote per state based on the majority of a state delegation, with the “lame duck” Republican majority being able to elect that independent candidate, even if he had fewer electoral votes than the major party nominees.

This is a major threat to the Democratic Party’s hope of winning back the White House and controlling future appointments to the Supreme Court, and would be considered as a “stolen” election like the one in 1824. But it would also remind us of other elections where the “runner up” candidate won, as with the case of Rutherford B. Hayes in 1876; Benjamin Harrison in 1888; and most recently, George W. Bush in 2000, each of these cases leading to the Republicans winning elections in which they did not have the most popular votes.

But if this third party or independent nominee won the election in the House of Representatives, it would actually be worse than 1824, 1876, 1888, or 2000, because it would mark the first time that a likely third place finisher in popular and electoral votes would be declared the winner of the Oval Office. Could America truly survive in stable and peaceful order if the American people came to believe that their preferred choice for the White House was to be denied them, and that they would have foisted on them a third place finisher by a “cabal” of conservative ideologists and establishment Republicans on Capitol Hill?