Remember the Generation Gap? No, Not THAT One!

Marc Wortman is the author of 1941: Fighting the Shadow War: A Divided Generation in a World at War. Click here for his website and here for his Facebook page. 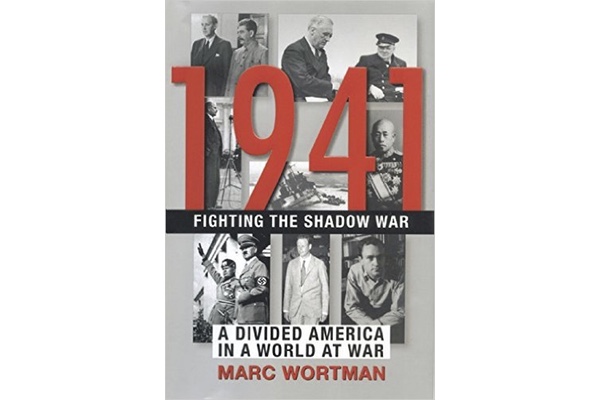 The day before Commencement at Harvard University, known as Class Day, traditionally feels like a party, an exuberant and colorful springtime affair. The entire Harvard family turns out to celebrate the impending arrival of a newly minted class of graduates. Campy takes on archaic pomp and skewered pomposity are the day’s hallmarks. That is why a fiery pro-war speech by an alumni leader and students’ irate response rated front-page headlines in the New York Times and other newspapers.

Supposedly welcoming the new graduates to the ranks of the alumni, alumni leader David Sigourney talked instead about the need for them to fight a distant war. He declared, “We should consider it a duty and a privilege to fight for the safety of our country.” He added that his generation of veterans “would be proud to see our boys go out there and do the job again.” The Harvard boys responded with taunts of “Throw him out!” Their booing drowned out most of his speech after that, with some in the crowd coming to blows. Fearing more protest, Harvard authorities took steps to avert further demonstrations the next day.

A Vietnam-era protest? No, in fact many of those protesting that Class Day, June 19, 1940, would later be parents of young people demonstrating against the Vietnam War. Sigourney was a member of the Harvard Class of 1915 and a First World War veteran. The day before he spoke France’s armed forces had capitulated to Nazi Germany, consolidating Hitler’s conquest of virtually all of Europe, from the Arctic Circle south to the Mediterranean Sea, from the Atlantic to the Soviet border. Hitler’s victories vastly raised the stakes in an ongoing battle between a generation of American parents and their children the likes of which would not be seen again for another twenty-five years. As would happen in the Vietnam era, young people said no to a war that their parents’ generation expected them to fight.

The “generation gap” was a term coined to explain the cultural upheavals of the 1960s. Many parents of draft age children during the Vietnam War had served in World War Two. They reacted with particular bitterness to student antiwar demonstrations. Today we recall the 1960s as a uniquely deep fracture between old and young. However, we forget how badly divided were the generations before the United States entry into World War Two. The intergenerational split ran every bit as deep as that of the Vietnam War period. Call it the “Greatest Generation Gap.”

Those Harvard protesters were by no means alone. For four days in February 1940, thousands of young people marched on Washington for the American Youth Congress, an organization formed in support of jobs and scholarships for young people. They also came to show their opposition to American intervention in Europe. They marched down Pennsylvania Avenue, chanting antiwar slogans and carrying signs declaring, “Scholarships Not Battleships” and “Work Not War.” Invited onto the White House grounds, they heckled President Franklin Roosevelt when, in an address from the White House balcony to the crowd, he chided their youthful impatience with government economic relief programs. Many on hand were members of the Communist Party and booed lustily when he told them that it was “unadulterated twaddle” that he was, as some protesters had previously claimed, making what they called “an attempt to force America into the imperialistic war.” According to Life Magazine, in effect the testy FDR had told them to “go home and grow up.” Columnist Dorothy Thompson, the first American journalist tossed out of Nazi Germany, muttered to her readers, “an adult like myself begins to think, ‘Either those kids are phonies or they’re idiots.’ ”

Those were just a few of the salvos fired across the widening generational divide. According to future CBS News correspondent Eric Sevareid, who protested as a student at the University of Minnesota, his increasingly distrustful generation “began to detest the very word ‘patriotism,’ which we considered to be debased, a cheap medallion with which to decorate and justify a corpse.”

Students organized against U.S. intervention in Europe. A Harvard student announced formation of a new student antiwar group, declaring in the Crimson, “Never more unanimous was any group of students on any single issue; we are frankly determined to have peace at any price.” Campus leaders at Yale, including its future president, Kingman Brewster, Jr., helped to launch what became the Committee for America First. With Charles Lindbergh as its principal spokesperson, America First swelled to become the largest and one of the most influential antiwar organizations in U.S. history. Many of the campaign’s most ardent supporters could be found on college campuses. Recent Harvard graduate John F. Kennedy sent the group a check for $100 with a note telling them, “What you are all doing is vital.”

All that ended with the attack on Pearl Harbor. In the warming light of America’s mass mobilization and the victorious fight that followed, the bitter intergenerational divide was all but forgotten. But before anyone thought to call them the “Greatest Generation,” many of the youth who went on to liberate Europe and the Pacific and who would later decry anti-Vietnam War protesters were the loudest ones shouting, Hell no, we won’t go!