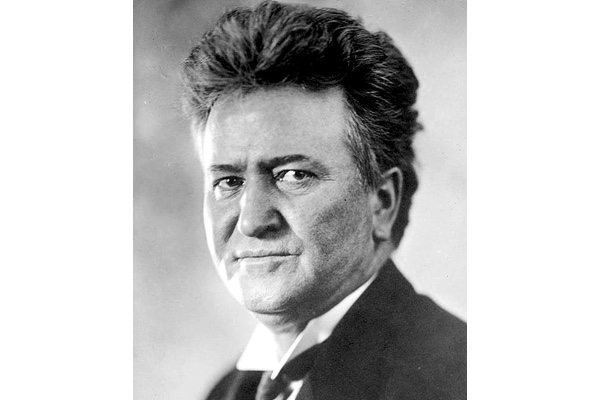 A recent article quoted a pastor of one of New York’s largest evangelical churches as saying, “I never thought that an openly announced socialist would ever be on a presidential ticket. And, this is nothing against Bernie Sanders, but socialism is great in theory. But we’ve seen what it is in practice with the birth and collapse of the Soviet Union in Russia and what it left in Europe.” A month earlier the Atlantic featured an essay (by Marian Tupy) with this title, “Bernie Is Not a Socialist and America Is Not Capitalist.”

Is it any wonder U. S. voters are a bit confused about socialism and capitalism and how Bernie Sanders fits in? And how about progressivism? Earlier this year Sanders, who thinks of himself as a progressive and in 1991 co-founded the Congressional Progressive Caucus (CPC), denied Hillary Clinton’s claim that she was a “progressive.”

Capitalism’s origin goes back centuries. The German sociologist Max Weber in his influential The Protestant Ethic and the Spirit of Capitalism (1905) maintained that the sixteenth-century Protestant (especially Calvinist) emphasis on hard work and accumulating wealth helped give birth to modern capitalism. He also wrote that “capitalism is identical with the pursuit of profit, and forever renewed profit, by means of continuous, rational, capitalistic enterprise.”

Ever since the book’s publication historians have debated the validity of this “Weber thesis,” but his linking of capitalism and profits is solid enough. And capitalism can legitimately be defined as an economic system in which means of production such as land, labor and machinery are privately owned by individuals and businesses that produce and exchange goods and services primarily to earn a profit. In 1970, the conservative economist Milton Friedman wrote that “the social responsibility of business is to increase its profits.”

Yet capitalism in England in the era of Karl Marx and Charles Dickens was not the same as capitalism in the United States today. Consider this passage in Das Kapital, where Marx quotes British factory inspectors’ reports to expose such evils as the exploitation of child labor. “That boy of mine [says a father] . . . when he was 7 years old I used to carry him on my back to and fro through the snow, and he used to have 16 hours [of work] a day . . . I have often knelt down to feed him as he stood by the machine, for he could not leave it or stop.”

U.S. capitalism is also different today than it was in pre-Civil War America. Back then most people valued frugality and spent money on little beyond necessities such as food, shelter, and clothing. Gradually, however, our emphasis on frugality was replaced by an emphasis on consumption. From the 1890s forward, as historian William Leach has written: “American corporate business, in league with key institutions, began the transformation of American society into a society preoccupied with consumption, with comfort and bodily well-being, with luxury, spending, and acquisition, with more goods this year than last. . . . American consumer capitalism produced. . . . a culture that first appeared as an alternative culture . . . and then unfolded to become the reigning culture in the United States.”

Of course, the evolution from capitalism’s emphasis on frugality to “consumer capitalism” was not always smooth—the Great Depression being a good example. But in 1976 Daniel Bell’s The Cultural Contradictions of Capitalism noted that the abandonment of capitalism’s earlier emphasis on hard work, savings, and frugality and its transition to promoting “pleasure, instant joy, relaxing, and letting go” left “capitalism with no moral or transcendental ethic.”

Also, as socialism and progressivism increasingly challenged capitalism, the challenges speeded up its evolution as it attempted to adapt rather than to disappear into “the dustbin of history” (to borrow Trotsky’s phrase directed at political enemies).

Marx and Engels thought of their ideas as manifestations of “scientific socialism” and contrasted them with the earlier ideas of “utopian socialists.” After Marx’s death in 1881, two main branches of socialism gradually developed. During the twentieth century, one branch was often labeled communist—note the official name of the Soviet Union, “Union of Soviet Socialist [not Communist] Republics” (USSR). The other branch, initially influenced by a revisionist Marxism, advocated democratic, reformist means of obtaining power. The goal of such socialism was primarily greater economic equality through such steps as government ownership of at least the chief means of production. This was democratic socialism.

By 1914, often linked to a growing trade union movement, democratic socialism was gaining prominence in Europe. In the German parliamentary election of 1912, the movement’s party, the Social Democrats, received the largest number of votes. In Great Britain the democratic socialists were represented by the Labour Party, which came to power for most of 1924 and then again in various subsequent years. By the time it assumed power in 1997 under its leader, Tony Blair, it had already renounced some of its earlier socialist ideas. (In general modern-day socialist democrats favor more government control over the economy than do conservative voters, but not as much as did earlier democratic socialists.) From the 1920s until the present, democratic socialists in various other European countries, especially Scandinavian ones, have been in power or shared it for varying periods of time.

Until the 1930s, trade unionism in the United States remained much weaker than in countries like Great Britain and Germany, and only in the 1930s did it begin expanding rapidly. Democratic socialism also failed to have much of an impact. From 1900 to 1920, union activist Eugene Debs ran as a Socialist candidate for president, but never received more than the six percent of the vote he obtained in 1912. (One prominent American who was a socialist in the pre-WWI days was the poet Carl Sandburg who later observed that the Democratic platform adopted at the 1960 convention was “a very good imitation of the national Socialist Party platform adopted in Chicago in 1908.”) After World War I, socialists split into various factions and grew weaker. And as in many European countries, a Communist party developed to challenge more moderate socialists.

Although U. S. democratic socialism never developed as it did in Europe, an early nineteenth century reform movement that was strong was progressivism. One reliable historical work describes it as starting in Europe and the United States as a diverse movement “to limit the socially destructive effects of morally unhindered capitalism, to extract from those [capitalist] markets the tasks they had demonstrably bungled, to counterbalance the markets’ atomizing social effects with a countercalculus of the public weal [well-being].” It did not attempt to overthrow or replace capitalism, but to have government bodies and laws constrain and supplement it in order to insure that it served the public good. In the United States the 1890-1914 period is often labeled the Progressive Era.

U. S. progressives were a heterogeneous group that included writers, politicians, and a wide variety of activists and other civic-minded citizens. They included people as diverse as Theodore Roosevelt, who ran as the Progressive Party candidate in 1912, and socialist writer Upton Sinclair.

The most outstanding progressive of the 1920s was Robert M. La Follette Sr., a Wisconsin Republican governor and later U. S. senator (1906-1925), who in 1924 became the Progressive Party candidate for president. Debs’s Socialist Party did not run its own candidate, but instead backed La Follette (who a Senate committee in 1959 named as one of our country’s five greatest senators). In 1909 he founded a magazine that in 1929 changed its name to The Progressive, a name it retains until the present. The publication’s goal was the “winning back for the people the complete power over government —national, state, and municipal—which has been lost to them.” La Follette also “attacked private greed in the form of corporate monopolies that hoarded power. He championed the public interest, campaigning for social and economic justice. And he urged the United States not to entangle itself in foreign wars.” According to the Progressive’s website, “the views of the magazine have remained remarkably consistent over the years.”

Sanders is a progressive in the tradition of La Follette and a socialist akin to Zeidler. The Atlantic article mentioned in this essay’s first paragraph makes some good points, but it and the New York pastor also quoted above are wrong to ignore the rich tradition of democratic socialism and progressivism that Bernie Sanders embraces. It may be debatable whether these two movements offer valuable remedies for what ails our country today, but they are far different than any past Soviet-style socialism.