Did You Know that John Muir Wanted to Force Indians Out of the Yosemite Valley?

Ryan M. Yonk is a Research Fellow at the Independent Institute, Vice President of Strata Policy, and Assistant Research Professor at Utah State University. He is the co-author of the new book Nature Unbound: Bureaucracy vs. the Environment, with Randy Simmons and Kenneth Sim. 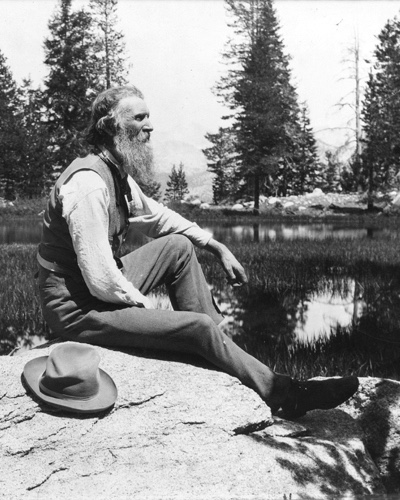 On March 1, Yosemite National Park changed vendors, dumping Delaware North in favor of Aramark, with a $2 billion concession contract for the next 15 years. The shift prompted visitors to snap up items from the Ahwahnee Hotel and Curry Village, longstanding landmarks soon to be renamed. The true Yosemite memorabilia, however, goes all the way back to the days of John Muir. 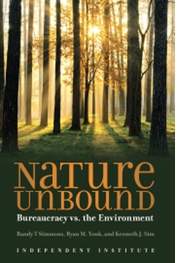 The influential naturalist and conservationist has been called a “wilderness prophet” and the father of our national parks. Dozens of places are named after him and his writings contributed greatly to the creation of Sequoia, Mount Rainier, Petrified Forest, Grand Canyon, and Yosemite National Parks.

John Muir was an advocate of views that perceive human activity at odds with the “balance of nature.” He devoted his life to creating parks and wild areas that did not contain people, with the exception of naturalists and tourists. Many of his ideas took shape when he visited and lived in California’s Yosemite Valley, a place of stunning natural beauty.

There he saw the Miwok Indians growing crops, white settlers raising sheep, and miners seeking gold and other minerals. Muir decided that “the other occupants had to go.”Although Muir claimed to oppose the oppression of Native Americans, he fully supported the extraction of Miwoks from Yosemite, referring to them as “dirty,” “deadly,” and “lazy.”

For John Muir, it was more important to maintain the “balance of nature” than to allow the Miwok Indians to live off the land. Muir’s ideology about the “balance of nature” within national parks was so influential that the Yosemite model spread to other national parks, including Yellowstone, where the forced evictions killed 300 Shoshone in one day.

John Muir died in 1914 but the views he advanced are hardly a thing of the past.  The idea that nature has an idealized and balanced state, explains Canadian ecologist E.C. Pielou, “is not so much a scientifically reasonable theory as a mystically satisfying dogma.”

Although many scientists no longer promote the balance of nature, litigious environmental organizations deploy it to great effect, and our environmental laws are still predicated on it. The goals of the Wilderness Act of 1964, for example, are romantic notions of a pure, pristine nature untouched by human hands.

That was not the view of Gifford Pinchot, first chief of the U.S. Forest Service.  Pinchot tempered John Muir’s romanticism by advocating the conservation of forest reserves for what they could yield for human beings.  Such a view is entirely in harmony with environmental preservation.

After a century of logging, for example, there is now more old-growth forest than there was in 1800. Pinchot also supported the dam that still enables Hetch Hetchy, part of Yosemite National Park, to supply San Francisco with water. Muir opposed the dam.

Those clinging to the “balance of nature” ideology often oppose management activities even as basic as restoring water pipelines or cutting trees to manage insect infestations and protect recreationists from injury. Such an ethic insists that even when human actions are beneficial ecologically, they ought to be avoided in order to preserve nature’s wildness.

That view is every bit as misguided as the eviction of the Miwoks from Yosemite Valley for the crime of growing crops. The preference should be for inclusion, not exclusion.

The challenge for a new generation of environmental policymakers is to open up more areas for human beings to enjoy and use. As in Yosemite, benefits for visitors from all over the world can be kept in balance with preservation of the environment.