How the Columbine Memorial Missed an Opportunity We Should Have Seized

On February 15, Sue Klebold, mother of one of the boys responsible for the Columbine High School shootings, published A Mother's Reckoning, a memoir that recounts her attempts to understand her son's behavior. Initially in a state of denial, she thought that Dylan was somehow duped into participating in the rampage that killed 13 and in which he and his friend, Eric Harris, also killed themselves. After she read her son's journals she realized that he had been depressed and expressed suicidal ideation for at least two years prior to the shootings. One psychiatrist who analyzed Dylan's writings affirmed that he was clinically depressed and possibly suffered from "schizotypal personality disorder." (Marie Claire) 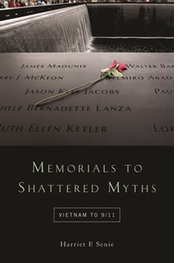 In the 17 years since Columbine, Sue Klebold has been active in issues pertaining to mental health, in particular suicide and violence. She now understands the rampage as a murder-suicide, a combination that comprises 2 to 5 percent of all suicides according to the American Society of Suicidology. With hind sight, she wishes that instead of trying to resolve whatever routine problems her son was having she had listened more: "I think what I needed to do with Dylan more was to just shut up and listen, to try to get him to say to me what he was feeling and thinking about something, rather than to automatically jumping to a way to make him not feel that way or to fix the way he felt." (NPR)

Marilyn Manson, whose lyrics were cited as a possible inspiration for the killings, suggested something similar when asked what he would have said to the boys: "I wouldn't say anything. I would listen to what they have to say, and that's what no one did."(Interview in Michael Moore's film, Bowling for Columbine, 2002.)

Although the Columbine shootings prompted a new awareness of the potentially lethal outcomes of untreated mental illness, this did not put a stop to school shootings. According to the FBI there have been 50 mass shootings at schools since Columbine, most notably Virginia Tech and Sandy Hook (Marie Claire). Of course, there can be no school shooting without guns. Although the Klebolds were not gun enthusiasts and didn't want them in their house, Dylan's friend Eric hid them in a duffle bag that he brought with him for a sleep over. The "Basement Tapes," recordings the boys made of themselves brandishing guns and discussing their plans, were made in the Klebold's basement. The Dylan that his mother saw on those tapes bore no resemblance to the son she thought she knew, but then teens are notoriously good at hiding things from their parents. Just two days before the shooting Dylan went to his school prom and told his Mom that he had the best time of his life. (Marie Claire)

Since Columbine (and after each school and other mass shooting) the sales of guns go up. At the same time there are widespread calls for gun control but none have taken hold. Just last year Patrick Neville, a sophomore at Columbine at the time of the shootings and now a Colorado state representative, introduced legislation that would make it legal for "any law-abiding citizen" (presumably mental illness notwithstanding) to carry concealed weapons in public schools. Similar legislation has been proposed in other states, and is now in effect in some.

From the start, memorialization of the Columbine shootings tried to obliterate the memory of the Eric Harris and Dylan Klebold. In the immediate aftermath fifteen crosses were erected across the street from the high school. The father of one of the boys who was killed destroyed the crosses dedicated to Eric and Dylan. The library, the site of most of the killings, was eradicated and rebuilt on the other side of the high school and replaced by a two-story glass atrium with a landscape mural of trees and sky. The permanent memorial focused exclusively on the victims and their families. It was intended to "honor the deceased, the injured, the survivors and community members."

Dedicated on September 21, 2007, some 8 and a half years after the shootings, the key elements were an inner "Ring of Remembrance" and outer "Ring of Healing." The inner ring is divided into three sections, each waist-high stone wall topped by panels engraved with the names of the dead and a personal reflection provided by their families. The overriding theme is religious; eight statements invoke God. The outer ring, a brick wall built into the side of a hill, features plaques with quotes by students, parents, first responders, and some of those who spoke at the groundbreaking. Nowhere is the tragedy defined, the crime mentioned, or the killers named.

Thus, the memorial obviates the possibility to think about the important things Sue Klebold raises in her memoir: what caused the two boys to go on their rampage; what actions might have prevented it; how to address the widespread issue of undiagnosed teenage depression; and the link between murder and suicide. Sue Klebold's goal is "to educate people," while the memorial's was to focus solely on the victims of the tragedy, thereby creating an endless loop of mourning, reinforced viscerally by the circular form that it took. Hopefully Klebold's brave memoir will prompt a different, far reaching conversation and encourage us to think about the issues raised by Columbine. Wouldn't we honor the dead (and their families) more by building memorials that also provide a safe place to consider the causes and implications of the events that cost them their lives?