How Did People in the Colonial Period Stay Informed?

Alejandra Dubcovsky is an assistant professor of history at Yale University and the author of Informed Power: Communication in the Early American South (Harvard University Press). 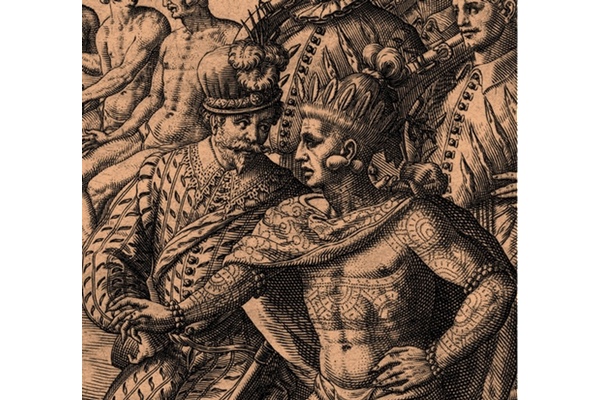 Andrew Jackson won the Battle of New Orleans after the War of 1812 ended. On January 18, 1815, he led a decisive American victory against the British army. Unbeknownst to Jackson, the Treaty of Ghent had already established peace. No one faulted Jackson for not knowing about a peace agreement signed only weeks earlier; it simply reflected how the spread and acquisition of information manifested in earlier times. 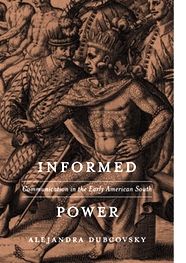 Communication was miserably slow and unreliable. When (and if) information came, it was not always accurate or applicable. But this does not mean that the inhabitants of early America simply sat idly by lamenting their lack of news. They devised innovative ways to stay informed and connected.

Three hundred years before the Battle of New Orleans, Juan Ponce de León sailed to Florida. He did not find the Fountain of Youth (nor was he looking for it, as later stories poetically waxed), but Ponce de León did find Calusa Indians, who immediately attacked him and his crew. Calusa Indians quickly developed a reputation for being ferocious and violent, and the Spanish would spend close to two centuries trying and failing to missionize them. But why did the Calusa attack Ponce de León? Did they know the Spanish were dangerous? How?

Though Europeans made no contact with this coastal community, the Calusas had their own informants. Indians fleeing Spanish colonial projects in Hispaniola and Cuba found refuge in Calusa towns. They warned the Calusas about the disease, devastation, and war that followed Spanish arrival. Acting on timely information, the Calusas attacked Ponce de León without hesitation, before the Spanish could even disembark.

The Calusas’ violent encounter with Ponce de León happened in 1513, before Cortés invaded México or Pizarro reached the edges of the Inca Empire. The Spanish presence in the New World was just twenty years old– yet Calusa Indians knew about Spanish actions, methods, and their previous conquests.

Native paths and networks connected early America. In 1605, Ais Indians brought Spanish officials in St. Augustine, Florida news of the Anglo-Spanish war fought in Europe; they had managed to learn a great deal about conflict in Europe from studying the sailing patterns of the different European powers in the Caribbean. In 1659, Timucua Indians reported to the Spanish about the increasingly violent expansion from English Virginia. In 1715, Chickasaw Indians informed French officials in Mobile about a conflict in South Carolina.

European sources are filled with descriptions of Indian pathways. When conquistadores imagined themselves exploring uncharted lands, they were actually traveling on Indian-made trails that determined where the Europeans could journey and who they met. Trails made by the Timucua and Apalachee, for example, determined where the Franciscans established their missions. Franciscan friars and other Spanish officials complained about the roundabout nature of these trails and the difficulties they posed for expanding mission activity, but it took close to one hundred years (and a nasty rebellion) for the Spanish to realign these paths in a way that privileged their, and not the Timucuas’, interests.

Native peoples had sophisticated communication networks before European arrival in the Americas. The refugees welcomed by Calusa Indians reveal some of the pre-Columbian connections held between Florida and Caribbean Indians. These expansive networks were in no way perfect or complete, but native people understood the power in their connections and ability to control news. In the American South, Spanish, English, and French colonists all used and depended on native-made networks and native informers to learn the latest.

But the point is not simply that native people had networks or even that Europeans relied on these indigenous connections. The point is that these Indian networks, neither centered on European towns nor dominated by European actors, were instrumental in disseminating news and ideas in the American South— a region that lacked a regular mail system and operated until the 1730s without a printing press. Claiming that the early South was an uninformed place overlooks the complexity of native networks; it downplays the centrality of native actors and informers; and it flattens, or simply obscures, the complex native politics and cultures who not only inhabited North America, but also shaped the colonial world.

Information did not move freely or independently; information was (and is) contingent on people. In 1815, Andrew Jackson might not have known about the peace treaty signed at Ghent. But three centuries earlier, Florida Indians already had working knowledge about Spanish actions in the Caribbean and acted accordingly. And, with no offense to Jackson, the Calusas got it right.