No, Mr. Trump, You Cannot Be Neutral When It Comes to Negotiating with the Israelis and Palestinians

Richard L. Cravatts, PhD, is President of Scholars for Peace in the Middle East and author of Genocidal Liberalism: The University’s Jihad Against Israel & Jews. 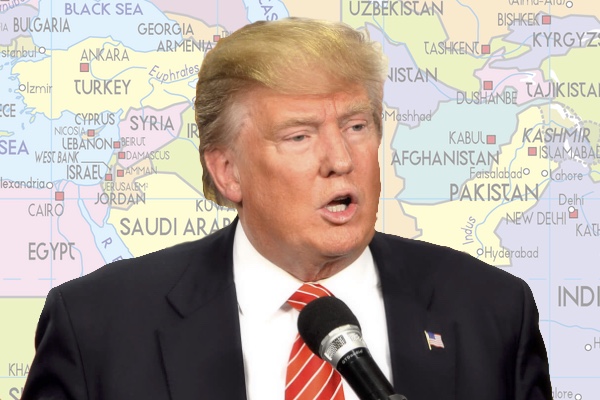 “My style of deal-making is quite simple and straightforward,” wrote Republican presidential candidate Donald Trump in his 1987 book, Trump: The Art of the Deal. “I aim very high, and then I just keep pushing and pushing and pushing to get what I’m after.” How Mr. Trump’s much-lauded negotiating skills will translate into effective diplomacy in the Middle East has now been raised on several occasions in the campaign, particularly in regard to the thorny Israeli/Palestinian conflict. 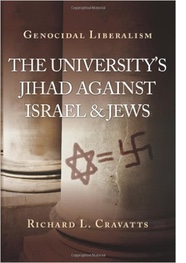 His Republican opponents, and other pro-Israel observers, were troubled by Trump’s off-hand comments made in response to MSNBC host Joe Scarborough when asked how he would seek reconciliation between the sides in the conflict. Would he push the arguments of one side, presumably Israel’s? “You know, I don’t want to get into it, because,” Trump said, “If I win, I don’t want to be in a position where I’m saying to you and the other side now says, ‘We don’t want Trump involved.' ”

Pushed by Scarborough to answer what side he would favor in guiding negotiations, Trump then made a statement that has since elicited comment from many quarters, particularly because it exposed a seeming ambiguity about how Trump views the two parties in the Middle East’s longest-running conflict.

“Let me be sort of a neutral guy,” Trump suggested, in words that he has probably since regretted uttering. “A lot of people have gone down in flames trying to make that deal. So I don’t want to say whose fault is it. I don’t think it helps.”

In looking back at a succession of U.S. administrations, and their respective attempts to make peace between Israel and the Palestinians, palliate the Arab street, and insure the continual flow of Gulf State oil to Western economies, it is clear that Mr. Trump’s reasoning is exactly inverted, that appearing to be “neutral,” or actually announcing neutrality at the outset of negotiations, is misguided and will result in precisely the opposite results those at the bargaining table had hoped for.

Witness the experience of the Obama administration in addressing the seemingly intractable issue of Palestinian statehood and peace with Israel. In 2009, for example, during a meeting with Jewish leaders, the President articulated a new policy with respect to how historically the U.S. seemed to favor Israel’s position. “Look at the past eight years,” Obama said, referring to Bush’s two terms. “During those eight years, there was no space between us and Israel, and what did we get from that? When there is no daylight, Israel just sits on the sidelines, and that erodes our credibility with the Arab states.”

And to stress the creation of daylight between the U.S. and Israel was the president’s “apology tour” and his 2009 Cairo speech, where Obama contended that the “great tension between the United States and Muslims around the world” was the result, not of an expanding Islamism and deadly and barbaric impulses of jihad, but “tension [that] has been fed by colonialism that denied rights and opportunities to many Muslims.”

Obama was announcing himself as the new, freshly multicultural, compassionate face of American diplomacy, and deluded himself that making apologies for America’s perceived diplomatic excesses under Bush, excusing its failure to appreciate the subtleties of Islam and to accommodate its beliefs, and ending the U.S.’s own feeling of exceptionalism in dealing with the world, would, as measures of self-reform, work to moderate radicalism and suppress terrorism. The problem with that thinking, of course, just as it was a lethal problem for Israel, is that jihadist foes see those reforms not as acts of kindness and understanding, but as weakness.

Turning our back on Israel, seeming to be neutral in our dealings with the two sides, also sent a stark and meaningful signal to the Arab world: that you could no longer trust America to be loyal to its long-time allies. Regardless of the Arab states’ feeling toward Israel, the impression was that the U.S., in vacillating on loyalty to Israel, demonstrated a lack of trustworthiness. According to Michael Oren, the Israeli ambassador to the United States from 2009 to 2013, Obama’s mantra of “no daylight on security but daylight on diplomacy” not only jeopardized Israeli security, but, in a region where symbolism is everything, showed that the U.S. could not be relied on. “A friend who stands by his friends on some issues but not others is, in Middle Eastern eyes, not really a friend,” wrote Oren. “In a region famous for its unforgiving sun, any daylight is searing.”

Obama, of course, was not the first president to put daylight between the U.S. and Israel, to try to position us as being “neutral.” Dennis Ross, Bill Clinton’s Middle East peace negotiator and special assistant to President Obama for the Middle East and South Asia from 2009 to 2011, observed in his book, Doomed to Succeed: The U.S.-Israel Relationship from Truman to Obama, that “the Eisenhower, Nixon, Carter, Bush 41 and Obama administrations all distanced from Israel, expecting Arab responsiveness. None responded favorably to our distancing.” And in those instances when administrations were more outwardly friendly to Israel, Ross noted, “The assumption that cooperation with Israel would cost us with the Arabs was just as off-base,” and “we have consistently misread the priorities of Arab leaders. It is not Israel; it is instead their security and survival.”

According to Ross, when dealing with diplomatic players in the Middle East, it is “our reliability that matters to them. If they perceive us as less reliable . . . that is what will affect their ties and responsiveness to us.” That means that professed fairness, or neutrality, or diplomatic disengagement, telegraphs the reality that the U.S. is willing to abandon its moral compass and employ negotiating tactics contrary to our best interests and those of our allies. Far from making us seem like more honest brokers, the attempt to be neutral signals that our foes can seek concessions and exploit our weaknesses, and that our allies will not be assured of our unwavering support for them in the global community.

How did the distancing from Israel work for the State Department since 2009 in getting Abbas and Netanyahu to the bargaining table? Very poorly. In fact, creating daylight between the U.S. and Israel, as a practical matter, has meant that Secretary of State John Kerry has continually applied pressure on Israel for concessions—primarily revolving around the settlements and continued building—which Abbas has conveniently pocketed while not having to perform or concede anything on the Palestinian side. The appearance of neutrality, rather than engendering trust and a feeling that all parties are being treated fairly, indicates quite clearly to the Arabs that their maximalist demands and intractability over core negotiating issues will prevail, absent U.S. pressure and a normal give and take in negotiations that exists when parties feel equally empowered.

The considerable negotiating experience Mr. Trump trumpets as part of what differentiates him from the other presidential candidates is, of course, based on his experiences as a real estate developer, where negotiations deal with such issues as shaving points off of mortgages, squeezing concessions from city officials for tax abatements, and working with building departments to acquire variances for density, height, and other factors that will increase the profitability of a development project while reducing risk. But in these negotiations the individuals sitting on the other side of the table are engaged in rational exchanges, where parties give and take in a way that each derives benefits and choices are made based on assumptions of practical risk and reward.

In dealing with Arabs, where an honor/shame cultures suffuses all negotiations, rationality is not the moderating factor; in fact, the assumption of a win-win negotiation, typical of the boardrooms where Mr. Trump has done business, is completely foreign to the style and substance that diplomats encounter when negotiating borders, refugee status, and Palestinian statehood. Again, neutrality, a holding back of one’s actual expectations and demands, will result in completely the opposite intended result.

Boston University’s Richard Landes, a specialist on honor/shame cultures, has observed that a “rational” model of negotiation, one that the State Department keeps hoping will prevail in Middle East negotiations in which concessions will lead to “an acceptable win-win for both sides,” does not pertain to discussions between Israel and the Palestinians. Why? According to Professor Landes, because the Arabs “feel it’s a hard zero-sum game, that any win for Israel is an unacceptable loss of honor for them, that their ‘honor group’ no longer considers negotiation a sign of weakness, compromise, shameful, and any peace with Israel, any Israeli ‘win’ no matter how small an insult to Islam.”

The U.S. can only remain neutral when the two parties are engaged in “rational” negotiations and Israel can disengage from occupied territories sufficiently to satisfy Palestinian demands; otherwise, as Professor Landes suggests, “Attention to honor-shame culture . . . suggests that such a retreat would trigger greater aggression in the drive for true Palestinian honor, which means ‘all of Palestine, from the river to the sea.’ . . . Israelis, even the peace camp, instinctively know this and resist those kinds of concessions; outsiders and the dogmatically self-accusatory view that resistance as the cause of the problem.”

There is, too, the thorny issue that the honor/shame culture which animates any negotiations between Israel and Palestinian Arabs has an overriding theological character, so retaining honor by recapturing occupied land is both a cultural and religious duty. Article Eleven of the Hamas Charter, for instance, spells out quite clearly that no terms will even be broached by which any part of Palestine (which for Hamas, of course, includes the land which now comprises Israel proper) will be relinquished, traded, or abandoned, even for the promise of Palestinian statehood or peace. “The Islamic Resistance Movement [Hamas] believes that the land of Palestine is an Islamic waqf [an inalienable religious endowment in Islamic law] consecrated for future Moslem generations until Judgment Day. It, or any part of it, should not be squandered: it, or any part of it, should not be given up.”

That sentiment is also shared by Mahmoud Abbas, President of the Palestinian Authority, the so-called moderate with whom Secretary Kerry and President Obama have naively placed hope for moderation and some indication that a reconciliation with Israel can be reached. Abbas’s advisor on Religious and Islamic Affairs and the Palestinian Authority's Supreme Shari'ah Judge, Mahmoud Al-Habbash, for example, has repeatedly stressed that Palestinian Authority policy and beliefs are completely in line with those of Hamas, namely, that all of Palestine—including, of course, Israel—is sacred Islamic land that can, and will, never be relinquished. “The entire land of Palestine is waqf . . . and is blessed land, " Al-Habbash wrote in a 2014 column in Al-Hayat Al-Jadida, an official daily newspaper of the Palestinian National Authority. “It is prohibited to sell, bestow ownership or facilitate the occupation of even a millimeter of it [Palestine].”

There is an aphorism in diplomatic circles that says, “The problem is not with people who see only black, or people who see only white, but with people who only see gray.” In other words, diplomats must make hard moral choices: they have to stand for what is right, they must navigate through a process in which competing demands can hamper success, and, in the end, the honest broker cannot examine every nuance, remain neutral, and not take a position because doing so is not the morally appropriate thing to do.

And in the Middle East, where concession and retreat are seen, not as an indication of conciliation, but as a sign of weakness, Mr. Trump’s neutrality would only insure that peace will continue to be illusory and, as he put it himself, “probably the toughest agreement of any kind to make.”