James D. Robenalt is the author of several books on the presidency, including "The Harding Affair, Love and Espionage During the Great War" (Macmillan, 2009), "January 1973, Watergate, Roe v. Wade, Vietnam, and the Month that Changed America Forever"(Chicago Review Press, 2015). He is a contributor to the upcoming book, "The Presidents and the Constitution, A Living History" (New York University Press, 2016). 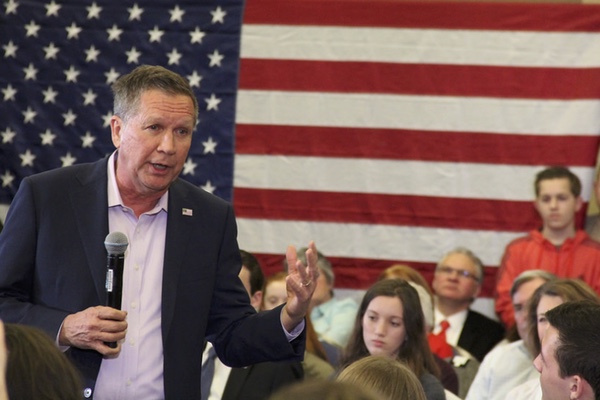 There are no exact parallels in history, but there are lessons from the past. Human nature being what it is, you can sometimes predict what is going to happen by studying what has happened in similar circumstances. And if there is one thing to remember about presidential politics it is that Ohio can never be overlooked.

Keep this in mind: no Republican has ever won the White House without winning Ohio.

Perhaps that is why the RNC chose Cleveland for its 2016 convention.

So why is it that some of the power brokers in the Republican Party supposedly want Ohio Governor John Kasich to step out of the race in favor of a Rubio candidacy as part of the “stop Trump” movement? Why aren’t these insiders asking Rubio and Cruz to step aside in favor of a popular and moderate Ohioan? 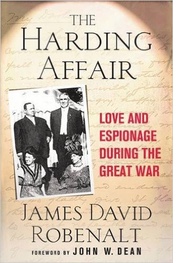 These presidents, while seen as mediocre, have been given a bum rap. They helped save the nation after a horrific civil war, stitched it back together, moved a rural nation into a world power, and stabilized the world after the First World War. Who’s mediocre here?

But our most interesting parallel is an election now almost a century ago. In 1920, two Ohioans, including an Ohio governor and an Ohio senator, would face off for the presidency. And the nominations of these Ohioans came down to not one but two brokered conventions. James Cox, Ohio’s Democratic governor, won his party’s nomination on the 44th ballot. Warren Harding, Ohio’s Republican senator, won on the tenth ballot.

Both men walked into their respective conventions as long shots.

The country was in a reactive mood. Tired of a professorial and distant Democratic president and a government that seemed too intrusive and expansive, voters were in a mood of revolt. They recoiled from President Wilson’s notion that America should expand its role in the world after the Great War by joining what many saw as an idealistic and naïve plan to create a form of world government in the League of Nations. Americans wanted to return to the nation’s rooted and established policy of isolationism and they rejected the idea that the United States should help police the world.

Theodore Roosevelt seemed like the prohibitive favorite to reclaim the top spot on the Republican ticket in 1920, but it was not to be. The ex-president died unexpectedly in January 1919, having spent himself in his vigorous life and through his treacherous travels by the age of 60. No one Republican emerged to fill the hole created with TR’s death.

The Democrats were also at sea. Woodrow Wilson, the former president of Princeton University and a one-term governor of New Jersey, had also been chewed up by the presidency and its rigors. Wilson suffered a series of strokes in the summer of 1919 while stumping the country in favor of his treasured League of Nations. His strokes left him incapacitated, but no one was willing to declare him unfit and so his Administration floundered in its remaining years.

Wilson’s son-in-law and the secretary of the Treasury, William Gibbs McAdoo, was seen as the heir apparent. There was no ban, as there is today, keeping Wilson from running for a third term. Secretly, though he was clearly physically and emotionally disabled, Wilson hoped for a convention deadlock that would result in a call for him to run yet again. He thus failed to support McAdoo. The other top contender for the Democratic nomination was Wilson’s controversial attorney general, A. Mitchell Palmer, who seemed capable of taking the nomination from McAdoo. Cox had Ohio on his side but on the first ballot in San Francisco, he garnered only 134 votes, compared to McAdoo’s 266 and Palmer’s 256. Cox’s plan was to bide his time as the two big vote-getters hammered away at each other. He took a significant leap on the 7th ballot, reaching almost the 300 delegate mark, but McAdoo and Palmer remained strong.

With enough time and slugging, Palmer faded, McAdoo gained strength, but finally on the 41st ballot, Cox pulled ahead to stay and won the horse race on the 44th ballot, claiming 699 votes to McAdoo’s 270.

In a bid to appeal to Independent or Republican voters who idolized Theodore Roosevelt, Cox chose a very young (38-years-old) Franklin D. Roosevelt as his running mate.

On the Republican side, one of Teddy Roosevelt’s Rough Riders, Major General Leonard Wood, seemed the likely nominee. He was opposed by a host of candidates, including Frank Lowden, the popular governor of Illinois, and the irrepressible senator from California, Hiram Johnson.

On the first ballot, Harding took 65 votes to General Wood’s 287, Frank Lowden’s 211, and Hiram Johnson’s 133. Like his fellow Ohioan, Harding saw his path to the nomination running through the clash of the titans. As the balloting went on, Wood and Lowden were neck and neck until the 9th, when Harding made his decisive move to 374 delegates as compared to Wood’s 249 and Lowden’s 121. On the tenth ballot, Harding was nominated with 692 votes.

The historical myth was that Harding was chosen in a “smoke-filled room” at the Chicago convention by party elders, but the truth is much more complicated than this simplistic notion. Harding was a popular senator and speaker in his day—and he had Ohio going for him.

The two Ohioans who had gained the nomination of their respective parties in 1920 followed a similar path of “waiting them out.” Kasich appears to have a similar idea in 2016. He sees the Ohio primary as his turning point.

Cox and Harding would both be fascinated by this year’s contest for the presidency. Both men were newspaper editors (Cox’s family newspaper would later evolve into Cox Communications), and both shared a passion for politics. They would have had a field day with editorials, given a candidacy like Trump’s. Their only frame of reference would have been the outsized candidate of their day, Theodore Roosevelt.

But there is little doubt Cox and Harding would warn today not to overlook Ohio’s continuing influence in presidential elections. And perhaps both would wink at Governor Kasich and admire his persistence in remaining in a race that many see as over.