Kristen Greif is an HNN intern. 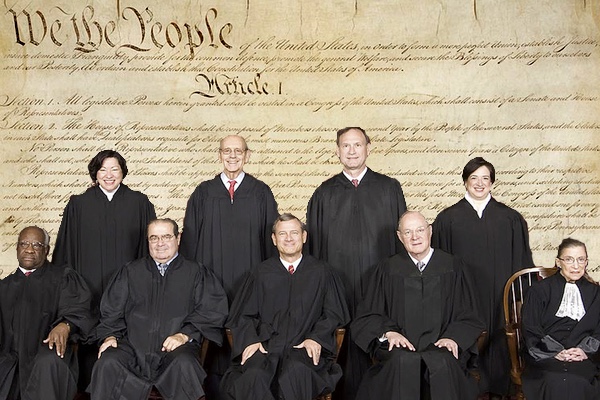 Justice Antonin Scalia, the late Supreme Court justice, was widely known as an advocate of originalism. But just what is it? It’s understood generally as a belief that the Constitution should be interpreted strictly. But here’s where the difficulty comes. There’s no agreement on what it means to interpret the Constitution strictly.

One version is to focus on the original beliefs of the drafters by attempting to divine their intentions. A second version, which Scalia advocated, is textualism. This is the belief that judges should base their interpretations on the written word of the Constitution, sidestepping the long and difficult task of determining what the Founding Fathers’ intentions were.

Justice Scalia popularized the idea of originalism in the mid-1980s, a time when many legal experts and public intellectuals, particularly liberals (who dominate law school faculties), thought the idea ludicrous. They cited evidence that the Founding Fathers themselves did not believe in originalism. As the New York Times has reported, “a famous paper by the constitutional historian H. Jefferson Powell showed that people like James Madison and Alexander Hamilton didn’t themselves believe that later interpreters should seek guidance in their intentions.” Yet, as the New York Times has noted, Scalia was able to make “constitutional theory sexy,” particularly originalism, as he “was among the first to argue that constitutional interpreters should not be interested in the intentions of the framers but in the original meaning of the words they used.”

Scalia’s stance on constitutional interpretation became popular among conservatives during the administration of Ronald Reagan. Strict construction of the Constitution, in their view, would limit the Court’s ability to trigger social change. This became a priority in the 1950s after the Supreme Court began issuing landmark social justice rulings from the Brown decision requiring the desegregation of schools to Gideon, which mandated the appointment of attorneys for criminal suspects who couldn’t afford one.

Paul Brest is often credited with coining the term originalism in his 1980 book, The Misconceived Quest for the Original Understanding. Originalism had emerged as a small movement in the previous two decades, a conservative response to the liberalism and tumultuousness of the 1960s and 1970s. Famously, Brest argued against the case for originalism in his book, claiming “there is no justification for binding the present to the compromises of another age.”

While Brest is now known for drawing attention to originalism, it was Robert Bork, a Yale law professor, who is most identified with the concept. He laid out the case for originalism in an article written in 1971, nearly a decade before Brest’s book appeared. In the article, “Neutral Principles and Some First Amendment Problems,” Bork argued that “If the judiciary really is supreme, able to rule when and as it sees fit, the society is not democratic.”

Many know Bork as Reagan’s rejected nominee to the Supreme Court in 1987. The resistance to Bork surprised some at the time since he was well qualified for the job. He had not only been a published professor at Yale, but also had experience as a federal judge. Liberal opposition was based on his views, many of which were regarded (by liberals) as outside the mainstream. Conservatives charged that liberals had demonized Bork, leading some to use his name as a verb. “To bork” someone is to destroy a political opponent.

Liberal opposition to Bork rested on the fear that a self-professed originalist would undo the liberal decisions the Court had made in prior decades. Bork, for example, opposed the outcome in the Griswoldcase (1965), which overturned restrictions on the access to contraceptions. The ruling rested on a belief that the Constitution gave Americans a right to privacy. Bork contended that the justices discovered a right that didn’t exist.