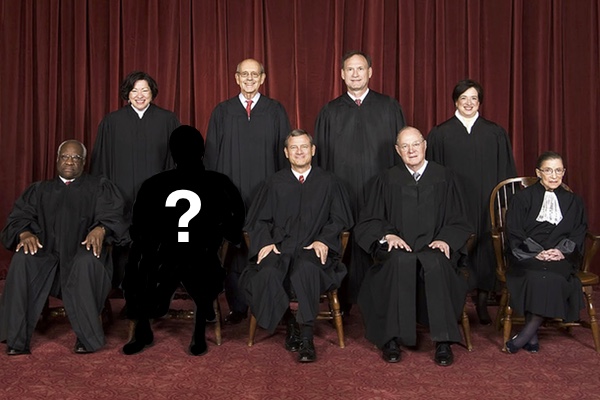 The prospects of filling a Supreme Court vacancy created by Antonin Scalia’s sudden death has only exacerbated the polarization in our political system. It's understandable. This is not just any vacancy.  And, it's not just any moment in judicial history.

As President Obama considers his options, politics will obviously weigh heavily in his nomination. One option he has ruled out is to wait and allow the next President to fill the vacancy. Political operatives are already calculating the costs and benefits to each party in an electoral year, not only in the Presidential campaign, but also in the Senate with the number of open positions and close races in swing states for incumbents that could tip the balance in that legislative body.

However, this is a President who has an instinct for history, especially in anticipating future history. Like many Presidents, he is aware of his own legacy. But, Obama sees his own Presidency in a broader sweep, and understands that small steps now could take on a larger role, seen 50 or 100 years from now. It is likely that he is pondering the implications of history in his choice to replace Antonin Scalia.

He may see two paths he could pursue in his selection. One hint at the first potential path came during his State of the Union address this year. President Obama pointed to “one of the few regrets of my presidency -- that the rancor and suspicion between the parties has gotten worse instead of better.” If he is sincere about this regret, about his commitment to “keep trying to be better so long as I hold this office.” then this nomination is an opportunity to get back on track. This President, who came to office promising a post-partisan climate to government can make a bold nomination that unites and get the country’s politics back on a path of compromise and consensus so critical to effective government.

The obstacles to such an appointment are many and easy to identify.

-- The stakes are high. The issues that the court has before it this term - coal and climate change, immigration, health care, public unions, affirmative action, reproductive rights, just to name the most prominent – have been front and center on the agenda of both ends of the political spectrum, some going back decades. Some of these issues are in the Court because of the way that President Obama has broadly interpreted his executive authority, in the face of a Congress run by the opposing party that is itself deeply divided, in the grip of a minority with little room for compromise.

-- The court opening comes well into a particularly contentious and polarizing Presidential campaign, with the voices of anger and frustration at both ends of the political spectrum dominating the process so far. Those hard-liners on the extremes of both parties will demand the appointment of someone whose views are as immoveable as their own. Party leaders on both sides are using the nomination to ramp up their fund-raising in a campaign that is dominated by money, at the same time that candidates criticize the role of money in politics.

-- Then there is the “mirage” nature of Obama’s appeal to post-partisanship, using Princeton historian Sean Wilentz’ characterization of this unattainable prospect. In an essay in the New Republic in October 2011 Wilentz surveys the long history of party divisions and reveals the notion of post-partisanship as nothing more than a “transparent campaign tactic.” He reviews the historical precedents for abjuring partisan politics beginning with George Washington’s oft-quoted Farewell Address plea to avoid party divisions. Not only did Washington’s appeal fall on deaf ears, but it too was likely inspired by partisan politics. Wilentz concludes that “partisanship, although often manipulated and abused, has also been Americans’ most effective vehicle for democratic social and political reform.”

The other historical path Obama is undoubtedly considering is the transformative prospect of selecting a justice who would tip the balance on the Supreme Court to rule definitively on the host of contentious issues cited above, moving the country into the 21st century and un-doing some of the practices most damaging to our democracy, like the role of money and the efforts to restrict voting. A new court majority would be able to get out from under a different “mirage,” that of originalism, that was more a transparent slogan to cover up deeply held partisan political viewpoints. In such a polarized climate, Obama may heed Wilentz’s advice and stick to partisanship, to push his agenda of change.

That historical prospect, though, is what most frightens conservatives, and most motivates them to stall and block any nomination, by any means necessary. And, they have the numbers to succeed.

That leaves Obama with the first path, one that flies in the face of Wilentz’s wisdom, that offers him a chance to lower the “rancor and suspicion between the parties.” That leaves Obama with perhaps his biggest obstacle. It’s not the mirage, but who? Is there anyone out there who, in this climate, could rise above partisanship and be truly transformative?