Yes, There Is an Autism Epidemic

Jonathan Rose is William R. Kenan Professor of History at Drew University. He has two autistic daughters. On behalf of one daughter he filed a claim under the US National Vaccine Injury Compensation Program. The claim was dismissed on grounds of untimely filing. 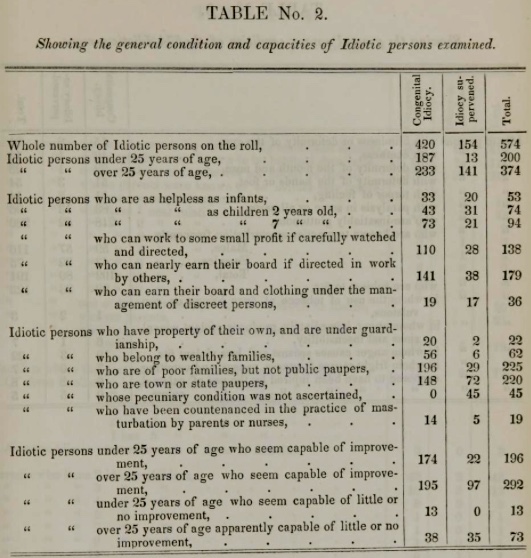 Report made to the legislature of Massachusetts

Is autism a condition that has always been with us, or is it an epidemic?  That is a highly controversial question of medical history, and a hugely important one, for the answer will have a tremendous impact on national health policy.

If the autism rate has been more or less steady throughout history, then you could argue (and many have argued) that autism is a genetic constant, part of the human condition, and something we simply must accept.  But if the autism rate has recently risen steeply, then we face a grave health emergency, which could not have been caused by genetics alone – and therefore can be reversed.

Estimates of diagnosed autism have in fact increased dramatically in recent years, from 1 in 2000 US children in the mid-1960s, to 1 in 500 in 1999, 1 in 68 in 2010, and (according to the Centers for Disease Control) 1 in 45 today. But does this represent a real increase?  Some insist that it’s an “optical illusion.” They suggest that in the past doctors either overlooked autism, or diagnosed it as something else, or used a narrower definition of the term.  So whenever a new and higher autism estimate is reported, public health officials reflexively attribute it to “better diagnosis.”  However, skeptical parents and teachers, pointing to the enormous expansion of special education classes, wonder why diagnosis always seems to be getting better and better and better and better and better.

In their recently published history, In a Different Key: The Story of Autism, journalists John Donvan and Caren Zucker don’t absolutely rule out the possibility that autism is increasing, but they are clearly reluctant to call it an “epidemic,” a word they often frame in scare quotes.  They question the reliability of statistics that show a steep rise, and they look for a “pre-history” of autism – that is, identifiable cases that existed well before Leo Kanner published the first description of the disorder in a 1943 article.

They (and other researchers) claim to have found some.  But retrospective diagnoses of neurological disorders before the era of modern psychiatry are a highly speculative business.  Those who claim that autism has always been with us commonly stick the label on lists of famous eccentrics (the New Yorker assures us that“the catalogue of famous figures who have been placed on the spectrum now includes Newton, Mozart, Beethoven, Jane Austen, Kant, Jefferson, Darwin, Lewis Carroll, Emily Dickinson, and Wittgenstein”) based on extremely flimsy evidence or none at all.  Many of the cases that Donvan and Zucker cite are equally dubious.  They claim that the celebrated Wild Boy of Aveyron – who in 1800 was discovered living in the woods on his own – “had almost certainly been a person with autism.”  Granted, the boy couldn’t speak and had no table manners, but a more likely explanation is that he was a feral child, who had lived on his own with little human contact.  His survival skills were extraordinary, whereas autism commonly impairs the ability to recognize danger: that (tragically) is why autistic children so often wander from home and drown.  With that kind of handicap, how long could this boy have survived in the wild?

But then Donvan and Zucker play their strongest card – and it is indeed a fascinating, information-rich document that tells us something about the incidence of autism in history.  In 1846 Dr. Samuel Gridley Howe, a pioneering advocate for the disabled, conducted a meticulous census of the mentally handicapped in Massachusetts.  His report can be accessed here.

Extrapolating from his samples, Howe estimated that there were a total of 1300 “idiots” throughout the state.   But in the 1840 census Massachusetts had a total population of 737,699.  That works out to 1 in 567, far less than the current CDC autism estimate of 1 in 45.  And in the 1840s "idiot" was a blanket term applied to anyone suffering a serious mental or neurological handicap, including what would later be called mental retardation, Down's syndrome, or paranoid schizophrenia.  For most of the 574 "idiots" Howe surveyed, he doesn't offer enough information to make a conclusive diagnosis.  The data he does provide is occasionally consistent with autism, but also with other neurological disorders.  For instance, some of his subjects had savant talents, as do some autistics -- but then, the same abilities can also manifest themselves in the mentally retarded.

Moreover, for many of his 574 subjects, his reports pretty much rule out autism or clearly point to other disorders. Look in the "Remarks" column of Table 1, and you'll see that "idiocy" often had its onset well beyond early childhood, when autism normally manifests itself.  Frequently it was attributed to other causes, such as severe head injury.  Table 4 states that 114 subjects had parents who were "habitual drunkards," suggesting fetal alcohol syndrome.  And 17 subjects had parents who were near relatives, an indication of genetic inbreeding.

Especially telling is Table 5, which reports skull measurements of 338 subjects.  The heads of autistic children tend to be larger than average, but that's true of only 9 (3%) of Howe's subjects, whereas 99 (30%) had "very small heads."

That’s not to say that Donvan and Zucker are entirely wrong.  They do point to a few plausible cases where individuals displayed such autistic traits as ecolalia (endless repetition of phrases) or hyperlexia (reading that seems adept but involves no comprehension).  But if we assume that all of the subjects with large heads were autistic, that adds up to an overall autism rate of 1 in 18,900 – vastly less than it is today.  Even if we (very generously) multiply that number by 10, and presume that 30 percent of all mentally handicapped persons in 1846 were autistic, we arrive at a prevalence roughly equivalent to what was estimated in the 1960s, before the epidemic hit.

Donvan and Zucker also miss one other key piece of evidence, which should have jumped out at them.  They build their book around Donald Triplett, Leo Kanner’s first autistic patient.  In many ways it’s a wonderful and heartwarming story.  Born in 1933, Triplett came of age in the small Mississippi town of Forest, where everyone in the community knew him and accepted him and protected him.   The population of Forest in 1950 was just 2,874.  But if the autism rate was 1 in 45, we would expect to find 64 autistic people there.  Where were the other 63?  Everyone in town knew the signs of autism – it was what Donald had – but no one noticed anyone else with similar symptoms.

Attempting to explain how such a vast population of autistics could have been invisible, Caren Zucker says "I think it was because most of those people were in institutions.”

Where to begin?  True, in 1950 autistics were commonly institutionalized (we still do that in 2016, more often than you might think).  But 66 years ago the insane and the mentally retarded were also institutionalized, yet everyone knew that they existed, and they were the subjects of enormous bodies of published psychiatric literature.  If there were comparable numbers of autistics, why were they almost completely ignored?  According to the US census, the national population was then 150.7 million, which (at the 1 in 45 rate) would yield a fantastic figure of more than 3 million autistics  -- and at the end of 1948 there was a grand total of only 554,454 residents in American mental institutions.

Those institutions usually kept careful records, so if there were large numbers of autistic inmates, it would be fairly easy to find them in their archived case histories.  In fact attempts to locate a “missing generation” of autistics have found very little.  A 2009 National Health Service Report, "Autism Spectrum Disorders in adults living in households throughout England,” claimed an adult autism rate of 1 percent, but the diagnostic method was dubious, the case definition was vague, and the sample was very small and unrepresentative (the subjects were so well-functioning and independent that they probably weren’t autistic at all). David Mandell, associate professor of psychiatry at the University of Pennsylvania, has investigated patient records at Norristown State Hospital and concluded that 10 percent of them had undiagnosed autism.  But even if that rate prevailed nationwide, it would amount to 55,445 hidden autistics, or 1 in 2,718 of the general population in 1950.  We should add to that diagnosed autistics in and outside institutions, but evidently they were fairly rare, so we are probably back in the vicinity of the pre-epidemic estimate of 1 in 2,000.

And there’s a methodological problem here: you may inflate the prevalence of early autism if you only look for missing autistics and don’t also look for incorrect diagnoses of autism. Joseph Piven, a professor of psychiatry at the University of North Carolina at Chapel Hill, searched for men over 50 with undiagnosed autism and found 19 of them – but he also stumbled across 20 in the same age cohort who had been wrongly diagnosed with autism. Any historical investigation of autism must be equally diligent in searching for false positives and false negatives, which may cancel each other out and leave the overall rate unchanged.  True, the diagnostic criteria for autism have changed over time, but some of those criteria were broadened while others were narrowed, and the net result (once again) is a wash.  A recent study in the Journal of Public Health and Epidemiology found that those redefinitions did not significantly affect the reported incidence of autism.[1]

Thus the overwhelming preponderance of historical evidence indicates that the autism epidemic is all too real.  Future historians will inevitably ask why so many public health officials and journalists refused to see the obvious and failed to pose some elementary questions about autism.  Very likely there were some rare cases before the twentieth century, but in recent years the prevalence has skyrocketed.  No doubt some individuals have a genetic predisposition to autism, but only environmental factors could have triggered such a sharp increase.  Therefore, a prime goal of national health policy must be to identify those factors, eliminate them as far as possible, and roll back the epidemic.  The well-being of future generations depends on that.