Erik Moshe is a Features Editor at HNN and an Air Force veteran. 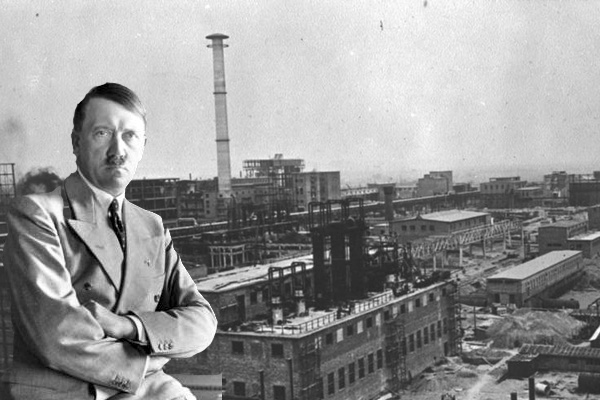 Ben Bernanke has had his finger on the pulse of macroeconomic convulsions, and many have called him the man who “doctored” the financial crisis of 2008, and brought the American economy back into good graces.

My particular research specialty is macroeconomics, not economic history. Nevertheless, throughout my academic career, I have returned many times to the study of the vertiginous economic decline of the 1930s, now known as the Great Depression. I guess I am a Great Depression buff, the way some people are Civil War buffs. I don't know why there aren't more Depression buffs. The Depression was an incredibly dramatic episode--an era of stock market crashes, bread lines, bank runs, and wild currency speculation, with the storm clouds of war gathering ominously in the background all the while. Fascinating, and often tragic, characters abound during this period, from hapless policymakers trying to make sense of events for which their experience had not prepared them to ordinary people coping heroically with the effects of the economic catastrophe. For my money, few periods are so replete with human interest.

On one occasion, a Money, Credit, and Banking Lecture at Ohio State University in 1994, Bernanke referred to himself as "a macroeconomist rather than an historian" and that his “focus would be on broad economic issues rather than historical details."

He was also a professor of economics at Princeton, Stanford, NYU, and MIT, as well as an economic advisor and served on the Fed’s Board of Governors. It is clear that he was qualified for the job as the Federal Reserve chairman.

When asked by the Wall Street Journal how Bernanke would be remembered for his performance during the recession, Michael Bordo, Professor of Economics at Rutgers University, responded that "Bernanke’s approach to these challenges was influenced by his research on the Great Contraction of 1929-33. He identified the Fed’s failure to counter the banking panics as the key factor that reduced the money supply and disrupted credit disintermediation, leading to massive deflation and high unemployment.”

Bernanke was recently interviewed on the Freakanomics podcast – a podcast for people who like economics – to promote his new memoir, The Courage to Act. During the chat, he was asked what FDR could have done differently about taxes during his presidency. In his answer he said in passing that Hitler was the guy who got economics right in the 1930s. Here’s the transcript:

I suppose he could have cut taxes, but taxes weren’t as high then as they are now. The general recollection people have, or the vision they have of the ‘30s, was that the government employment programs like the WPA and the building of the Hoover Dam and things like that were a big deal. And they were important, but relative to the size of the problem they were actually quite small. And as early as the 1950s, economists pointed out that the fiscal programs of the ’30s were actually very modest compared to the size of the problem. Ironically — and please take this the right way — the person who sort of most understood fiscal policy, in some sense, was Adolf Hitler. Because the rearming of Germany in the ’30s was so big and so extensive — of course, he had other objectives in mind — but the side effect of that re-arming, together with a big highway building program, was such that Germany, which had a very deep depression, actually came out of it much quicker than other countries, and suggested that a more aggressive fiscal program would have helped the United States as well. And of course, what ultimately brought the United States out of the Great Depression was World War II which was, unintentionally, a huge fiscal program.

On Reddit's Ask Historians page, this question was addressed, and the topic received 39 comments.

A simple Google search with the words “Hitler understood economics” produces a wealth of results (pun intended). The idea of tipping a hat – expressly to Hitler's economic approach, not his character or conduct as Fuhrer – isn't new.

In a research paper by Matthew F. Brown, an M.A. graduate in Historiography from the University of Sydney, entitled "How was Hitler able to affect such an economic miracle in Germany between 1933 and 1939?" Brown mentions the views of Richard Overy, a British historian who has published extensively on the history of World War II and the Third Reich.

He said: "Overy has commented that any assumption that the Nazis performed a Keynesian deficit financing ‘miracle’ is both a myth, and a product of the post-Nazi era. Further to this, Overy believes that historians have debated the issue of Hitler’s economic miracle, in an effort to demonstrate the possibility that different economic policies might have stopped Hitler."

Ian Kershaw, a historian, expanded further on the subject in a History Today article, "The Hitler Myth":

A third, extremely important, component of the perceived Fuhrer image was, therefore, that of the architect and creator of Germany's 'economic miracle' of the 1930s. Part of the apologetic of the post-war era was, of course, that despite his 'mistakes', Hitler had revamped the economy, rid Germany of unemployment, and built the motorways. This is itself testimony to the penetrating and enduring features of this aspect of the contemporary Hitler image. Certainly, by 1939 it was difficult to deny that economic conditions in Germany, for whatever reasons, had improved dramatically since the Depression era. However, more than in any other sphere, perceptions of Hitler's image in the context of economic and social policy were determined by experiences which were divided, for the most part, along class lines.

The working class remained the social grouping least impressed by the 'economic miracle' and relatively immune to the image of Hitler as the creator of Germany's striking new prosperity. After all, with their own standard of living pinned down to Depression levels in the years 1933-36, most industrial workers saw no particular reason to offer marked signs of gratitude to the Fuhrer. Through repression and intimidation, low wages, and longer hours, the 'economic miracle', as most realized, was being carried out on their own backs. Nevertheless, as the underground worker resistance was forced to admit, Hitler undoubtedly did gain some popularity among workers for 'his' work creation and the economic recovery which 'he' had brought about. And in the first years of the Third Reich in particular, the 'socialist' aspect of the Hitler image also struck a chord among many of the poorer Germans who were recipients of the 'Winter Aid'. Even so, on the whole it appears that the image of the economic miracle-worker, the restorer of Germany's prosperity, had its greatest appeal among those sectors of the population who benefited most from the economic boom of the rearmament period: the middle class, who, despite their unceasing grumbling, continued to provide the main base of support for the regime and devotion to Hitler until at least the middle of the war.

Joseph Bendersky, a specialist in German history, holds the view that "ideology played a secondary role in Hitler’s economic policies. For reasons of expediency, Hitler did not attempt to Nazify the economy. Instead, he left the actual running of the economy to experts in business and industry, while instituting a large amount of control from above to force cooperation and compliance with his economic objectives. So long as they cooperated, big business and industry profited by this relationship. In essence, the German economy under Hitler was neither totally free nor totally controlled.”

It’s a complex topic, and no conclusions can be drawn from this small bit of mentioned research. However, why would Bernanke credit Hitler and not his team of economists at the time?

During the Q&A session on the Freakanomics podcast, Bernanke cited aggressive fiscal policy as his main reason for praising Hitler’s economic performance, which included re-armament and the construction of the autobahn. The Reich Minister of Economics himself, Hjalmar Schacht, has said that: "He [Hitler] understood nothing whatever about economics. So long as I maintained the balance of trade and kept him supplied with foreign exchange, he didn't bother about how I managed it."

David Gordon of Mises.org, a libertarian website, says that under Hitler “Germany had embarked on a Keynesian policy.” He added that “government spending became increasingly important in guiding the economy into the military channels that Hitler wanted." In a study of Nazi fiscal and monetary policy, economist Albrecht Ritschl concluded in 2000 that "Nazi recovery appears less spectacular than was hitherto believed. Our results also indicate that government spending was dominated by war preparation already in a very early phase of the Nazi recovery. I find little justification for the popular interpretation that recovery was sparked off by non-military work-creation and the construction of the autobahn network."

Has Bernanke's comment from the podcast drawn any controversy?

LionsofLiberty.com seized on the topic as did the Washington Examiner. A Dutch news website also published an op-ed based on his remark. Counterpunch, a website edited by journalist Alexander Cockburn, featured an article, "Hitler vs. Bernanke."

But Bernanke largely escaped public criticism after making the statement. He was lucky. In 2003 David Raub, the president of Chicago’s Glenview State Bank, was pressured to step down after making comments in praise of Hitler’s economic policies in the bank’s online newsletter. Here’s his statement: “The Great Depression of the 1930s saw falling prices, staggering unemployment and shattered stock markets all over the world, and the world’s leading statesmen seemed helpless to defeat it. Except for one. His name was Adolph Hitler.”