This Is the Question Hillary and Bernie Voters Need to Decide

Jacob Kramer is an Associate Professor of History at Borough of Manhattan Community College, and author of The New Freedom and the Radicals: Woodrow Wilson, Progressive Views of Radicalism, and the Origins of Repressive Tolerance (Temple, 2015). 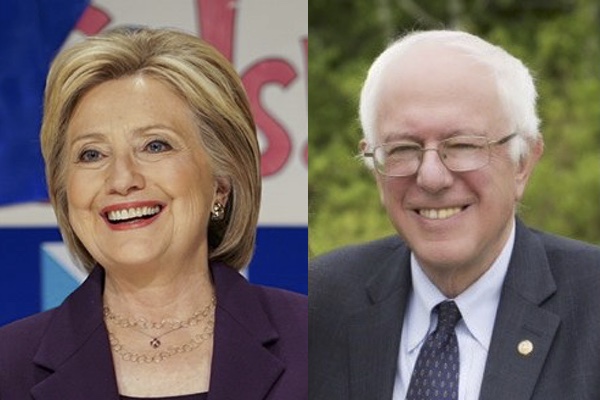 Should the Democratic nomination go to Hillary or Bernie, the pragmatist or the idealist, the progressive or the socialist? How much change do we want, and how fast do we want it? 2016 is not the first presidential election in which voters have faced these questions. As Beverly Gage has suggested, Hillary Clinton’s description of herself as a “progressive who likes to get things done,” invites comparison to the reformers of the early twentieth century. In addition, Clinton’s implicit criticism of Sanders as a Democrat who would “wave a magic wand” echoes progressives’ sentiments toward socialism at that time. Prudent as they may seem, her concerns should give rise to some historical reflection. 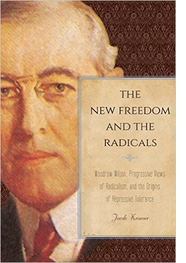 Though his objectives are more limited, Sanders’s democratic socialism recalls the social democracy of Eugene V. Debs, as Gage suggests, who initially ran for president when the growing power of national corporations was the central political issue. As the historian Nick Salvatore has observed, as a symbol of the struggle of the individual against larger forces beyond his or her control, Debs was popular beyond those who agreed with his politics. He began as a trade unionist but eventually articulated a version of socialism that drew on American traditions of individual freedom. Through the vote, it was possible to take control of government and industry and restore individual liberty. Nearly one million people voted for him for president in 1912, and as the historian Ernest Freeberg has written, before the First World War, socialism was widely regarded as a real possibility.

Clinton’s realist skepticism toward Sanders, by contrast, echoes early twentieth-century progressives’ critique of socialism. Herbert Croly, in his seminal book, The Promise of American Life (1909), conceded that his program of government activism could be labeled “socialistic.” Yet he warned that “the ordinary type of convinced socialists could and would in a few years do more to make socialism impossible” than could “a majority of malignant anti-socialists.” Writing in 1906, the settlement house worker Jane Addams criticized a tendency among socialists in the early days of Hull House to believe that “life could be spelled out in terms of irrefutable logic” and described a man who attributed even tooth decay to capitalism. After an unsuccessful strike of silk workers in Paterson, New Jersey, organized by the anticapitalist Industrial Workers of the World, the ex-socialist Walter Lippmann wrote in 1914, “It is the weak unions, the unorganized and shifting workers, who talk of sabotage and flare up into a hundred little popgun rebellions.”

Progressives make a plausible argument. What good is it to run on a platform that one would like to see achieved if it is not possible to win, much less to enact it legislatively? Would it not be better to achieve concrete steps in the direction of greater equality than, in failing to achieve everything at once, accomplish nothing? Indeed, it was this kind of thinking that led Croly, Addams, and Lippmann to back Woodrow Wilson for president in 1916.

There are two important reasons to consider supporting more radical forces. The first is that in advocating sudden and thorough-going change, radicals generate pressure for reform. As the intellectual Randolph Bourne put it in 1912, “If your ideal is to be adjustment to your situation, in radiant cooperation with reality, then your success is likely to be just that and no more. . . . You are likely to find that you get something less than you should be willing to take.” At the time, intense strike activity created an opening for progressives to advocate reforms such as collective bargaining, regulation of business, and improved standards for housing. In our own time, Occupy Wall Street broached a discussion of inequality at a time when it was practically taboo, even after the huge bonuses handed out to executives in the wake of the financial crisis. It is difficult to imagine that Clinton would have stressed her progressive credentials if not for the Occupy movement.

Second, a difference in strategy sometimes becomes a difference in substance. After winning reelection with the backing of progressives in 1916, Wilson intervened in World War I. Despite the very real reforms and gains to labor unions the intervention made possible, Wilson enacted sweeping measures of repression that not only curtailed radicalism but unleashed reactionary forces which boomeranged against organized labor and progressivism itself in the 1920s. Similarly, President Barack Obama’s use of military force and electronic surveillance have done little to appease a conservative backlash that has engulfed both houses of Congress and fueled the candidacy of Donald Trump. And Clinton’s support for the invasion of Iraq will remain a part of her legacy, much like the less admirable aspects of Wilson’s second term continue to haunt the history of progressivism.

It is difficult to identify the line that separates pragmatism from principle, and it is necessary to make these decisions in context. If Clinton has a better chance of winning the general election than Sanders, it seems certain that she would be a better president than any of the Republican candidates. But voting for an ideal can have significant long-term effects and should not be dismissed simply as a protest.