“You Can Fool All the People”: Did Lincoln Say It?

David B. Parker is Professor of History at Kennesaw State University.

Actually, we don’t know when he said it, or even if he said it at all. The above attributions were offered nearly a half century after the fact, and are generally considered unreliable. (Thomas Schwartz, former historian of the Abraham Lincoln Presidential Museum, called the claims “tenuous,” and Don and Virginia Fehrenbacher, authors of Recollected Words of Abraham Lincoln, gave the claims a grade of “D.”)

Until recently, we had no documentary evidence linking Lincoln to the quotation (and no evidence of the quotation itself) before 1901, when it was included in Abe Lincoln’s Yarns and Stories, a volume compiled by Alexander McClure that claimed to be “a complete collection of the funny and witty anecdotes that made Lincoln famous.” The only source given for the quotation was an unnamed “caller at the White House.” (The claims made for 1856 and 1858 did not appear until several years after McClure’s book was published.)

In 2005, I searched several digital databases and found a number of references to Lincoln’s “fool all the people” quotation before 1901. The earliest was August 26, 1887, when the New York Times reported a speech by Fred Wheeler at a Prohibition party convention. In the speech, Wheeler discussed the debate over a particular temperance bill: “As I sat in the gallery noting the care and eagerness and anxiety of the leaders to secure its passage I could not help but think of that trite remark of Abraham Lincoln: ‘You can fool all of the people, some of the time. You can fool some of the people all of the time; but you can’t fool all of the people all of the time.’ ”

I reported my findings in the newsletter of the Abraham Lincoln Association. Garson O’Toole, who runs the Quote Investigator website (and who apparently has access to more databases than I do), later took the saying back to September 9, 1885—interestingly, from another Prohibitionist convention—and suggested a French origin to the phrase.

Finding the “fool all the people” quotation earlier than expected was great, but even better was this: discovering that, almost from the start, businesses used the phrase as an advertising gimmick.

One of the first was J. M. Hale & Co., a Los Angeles clothing store. At the end of a long and wordy newspaper ad was this sentence: “In conclusion, we would advise our competitor to offer a fair, square competition, and will quote for his sake the well known saying: ‘That he can fool all the people some of the time; that he can fool some of the people all the time; but he cannot fool all the people all the time.’ ” The ad appeared on May 13, 1888, just two and a half years after the quotation’s first reported sighting, and already it was a “well known saying.”

“You can fool all the people some of the time” is the perfect line for commercial advertisements, political campaigns, and the like—those times when you want to suggest that the other guy can’t be trusted, and that you can. Before long, Lincoln was quoted in support of almost everything from automobile tires to mink furs.

A Chicago dentist quoted Lincoln to warn of “bunko dental colleges” that misrepresented their costs; Co-Operative Dentists Inc. used the phrase to good effect (“The People of Los Angeles have been FOOLED long enough in paying FIRST class prices for SECOND class dentistry…. Don’t be fooled.”); a “dental parlor” in New York used the saying to explain that “while ‘cheap’ dentistry is generally the most expensive—in pain and ruin of teeth and re-doing—still first-class Dentistry can be done for practically one half what is now charged”; and Drs. Hawke and Standefer, also of New York, used Lincoln to advertise their “new method dentistry.” 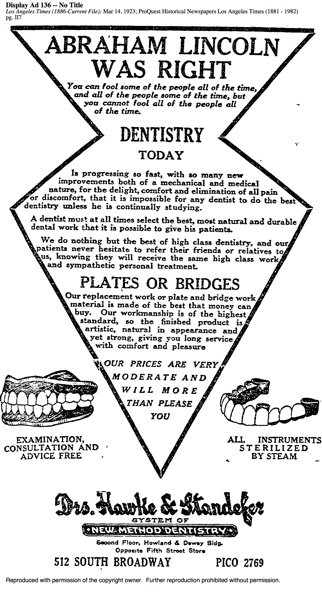 An ad for W. W. Kimball Co. used the saying to urge customers to be careful when buying a piano or organ. Before long, other piano companies—Steinway, Hardman, and Melodiste—got on the “fool the people” bandwagon. 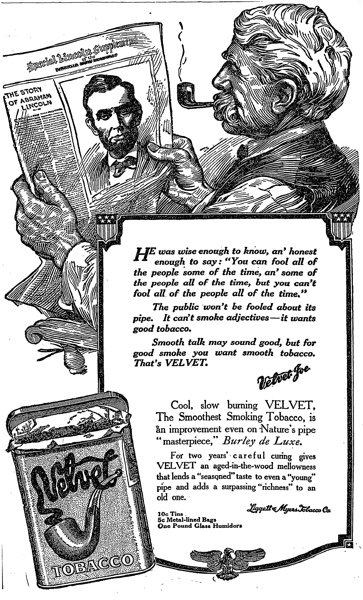 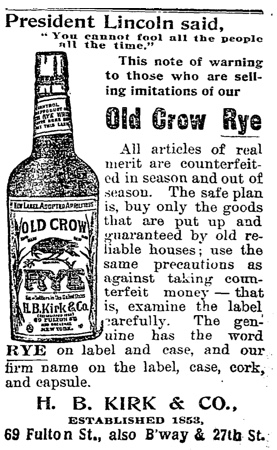 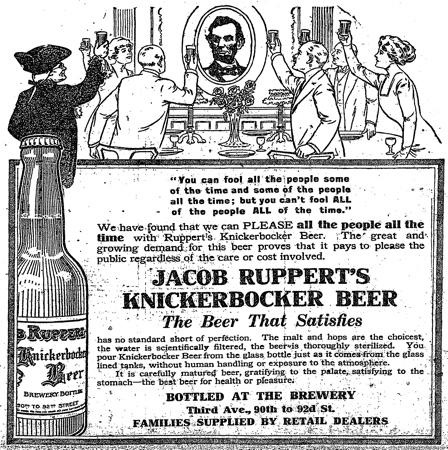 Gimbels used it. So did Macy’s.

Presidential candidate Adlai Stevenson quoted Lincoln, as did other politicians and organizations. 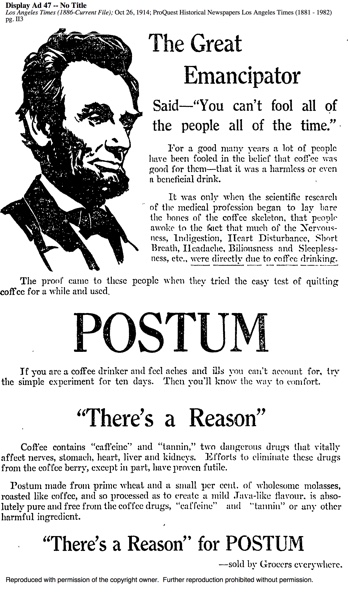 These ads were especially popular around February 12, Lincoln’s birthday, so perhaps it is appropriate this week that we acknowledge Lincoln’s role not only as the Great Emancipator, but also as the Great Advertiser.