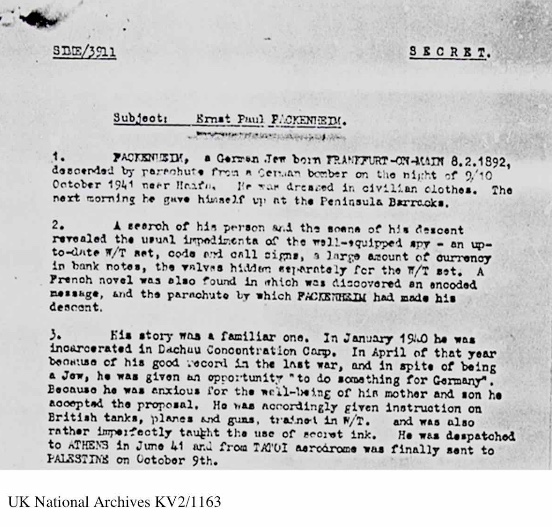 The leading candidates for the Republican presidential nomination share a commitment to halting the entry of Syrian refuges to the US. They are joined by about half the United States’ governors. Not long ago my colleague Peter Shulman tweeted the results of a 1938 Fortune poll showing that 67 percent of American respondents wanted refugees from central Europe kept out of the US. (A 1939—post Kristallnacht—poll showed that number roughly holding at 61 percent.) For many, Prof. Shulman’s was a chilling admonishment from the past: turning our backs on refugees can mean their death sentence. It was all the more stinging because, as now, it seemed Americans on the eve of the Holocaust rejected these refugees as ethnic-religious undesirables.

For others, these reminders offered no moral pang. It is a failed analogy, wrote Ian Tuttle, Buckley Fellow at the National Review Institute. “The first and most obvious difference: There was no international conspiracy of German Jews in the 1930s attempting to carry out daily attacks on civilians.…” There is no comparison, in other words, because the Jews, unlike Syrian Muslims, were not terrorists.

Mr. Tuttle’s choice of words is salient because it was precisely “an international conspiracy of Jews” that many Americans feared in the 1930s, most relevantly at the Justice and State Departments. They feared international Bolshevism—imagined to be particularly rooted among “the Jews”—and fifth columnists sowing revolution. 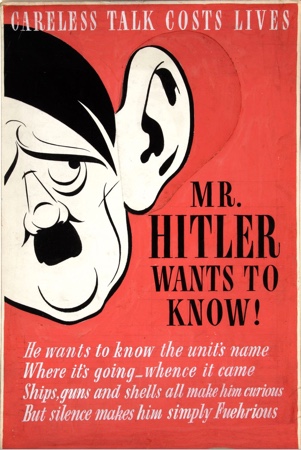 In 1940, President Roosevelt offered another reason to reject Jewish refugees: the danger of a secret agent hiding among them. “In some of the other countries that refugees have gone to, especially Jewish refugees,” he said, “they have found a number of definitely proven spies.” The Nazis hold hostage such a Jewish agent’s family in Germany, he explained.

The Nazi regime employing a reviled Jew as an agent? This reads somewhat like the feverish fantasy of J. Edgar Hoover.

Imagine my reaction, then, when I came upon the file of one Paul Fackenheim, Jewish agent for the Nazi state in the UK’s National Archives. A decorated WWI veteran, Fackenheim considered himself a fiercely patriotic German. Even after he was thrown into Dachau in 1939, brutalized and stealing scraps from the camp kennels, he told his fellow captives that it was just a matter of time until Hitler was deposed and Germany returned to normal.

One day he was summoned to the camp infirmary. Fackenheim feared it was his last because he was hiding a bad infection on his back and the guards tended to shoot the sick rather than treat them. Instead, to his bewilderment, he was treated, cleaned, and fed. He spent several dream-like days in the infirmary, paradise, only interrupted by occasional pistol shots outside its walls. Recovered, he was politely welcomed to a room by two men in immaculate suits.

“We know quite a few things about you. During the First World War you have distinguished yourself in battle. You fought bravely for your country,” one of them said. “Would you be ready to do something for your country? And be free?”

He did. And he wanted to prove something to himself and his country. And the men promised that in exchange for his service his mother, destitute in Frankfurt, would be cared for, as well as an adopted son. They were too civil to name what would happen to them if Fackenheim refused, nor did they have to.

Why did they want a Jewish agent? Because military intelligence needed to build a network of spies and saboteurs in British Mandate Palestine. The Germans expected Rommel to roll over Egypt any day, and they needed agents in the next likely battleground beyond the Suez Canal. Still loyal to Germany, and with an uncle in Palestine, Fackenheim fit the bill. In the following months he trained in code and radio operations while recovering his health and weight.

Then in fall 1941 came the night. He parachuted from a bomber, his first jump. Once on the ground he was to pretend to be a refugee from Germany, having bought passage on a small boat from Greece. He was to buy false papers and get a job that would allow him to move around the country. His first mission: to report on the army and naval bases at Haifa.

But his parachute was spotted and scrambling soldiers and police fanned out in a manhunt. Briefly, Fackenheim eluded capture. But as the British were closing in on him, Fackenheim took the risk of turning himself in at a barracks. Under interrogation he told the British that he accepted his mission out fear for his family’s life and he suggested that they make him a double agent. Later, though, Fackenheim confided to an undercover agent posing as a German POW that he wanted to gain the trust of the British, then continue to carry out his mission. Subsequently, Fackenheim tried to smuggle a message out of the prison to his handlers hidden inside of cigarettes, but they only ended up in the hands of his captors.

The British were very lenient towards him, only imprisoning him as an enemy alien for the duration of the war. When it was over they flew him to the American occupation zone in Germany where, inevitably, he found his family had been murdered.

There were a few other cases like this in Palestine and British-occupied Syria, some Armenian Jews, one Polish.

So, yes, as preposterous as Roosevelt’s words about the danger of Jewish agents might seem in hindsight, there was some risk to accepting Jewish refugees from Europe. Yet given the number of lives that might otherwise have been saved, would it have been worth risk of absorbing some agents? Even imagining the sorts of treachery a small circle of spies or saboteurs might have done—a bombing, poisoning, disclosing troop dispositions—could the US have accepted such a risk in the name saving a great number of refugees?